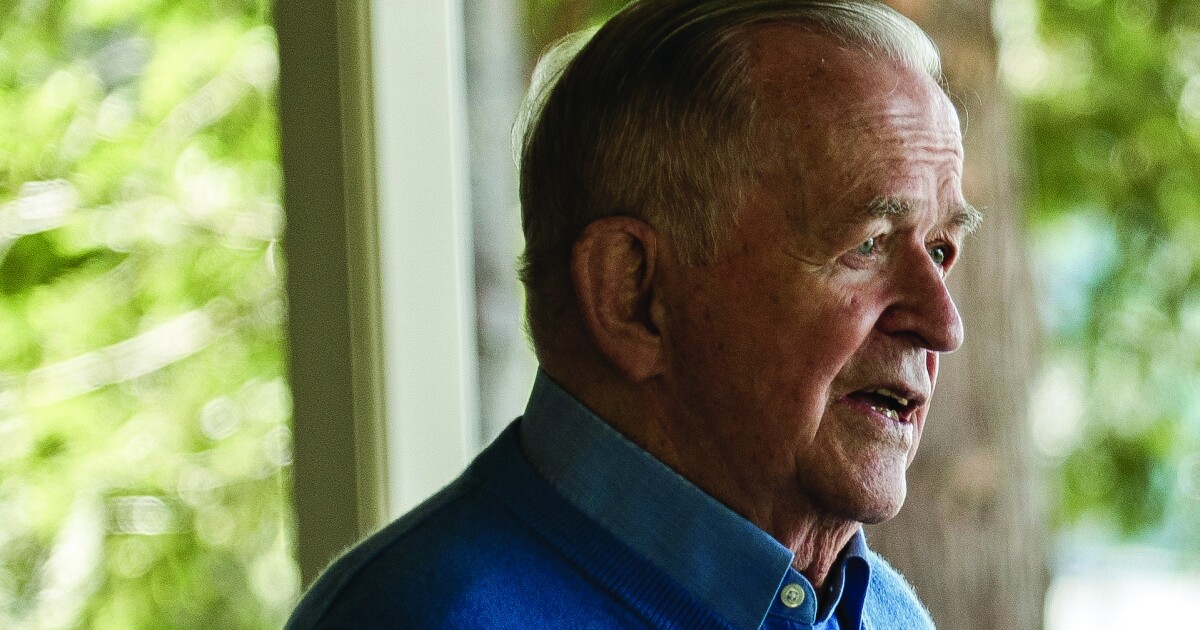 Dee Hock once wrote that we live on a “knife edge” between socio-environmental disaster and a livable future.

Although it sounds scary, Hock also felt that the key to the more desirable outcome could be found in simple shifts in belief. These minor adjustments to thinking can “massively change behavior and results.”

Hock’s belief in this potential stemmed in part from his experience creating Visa. During the late 1960s, he convinced a disparate group of banking competitors to put aside just enough of their entrenched proprietary instinct and resentment to support a ubiquitous payments network that would become one of the world’s largest organizations.

Hock, who recently passed away at age 93, also laid the groundwork for a concept that today influences dozens of innovations that require individual organizations to willingly participate in an ecosystem to bring their ideas to a wider audience.

“He set the stage for fintech today. Not just for how financial institutions work, but for anytime multiple parties come together in a not-so-obvious way,” said Richard Crone, a payments consultant whose father Ken Crone, a former senior vice president of risk management at Visa, was a colleague of Hock.

Visa and the modern credit card industry grew out of what was one chaotic credit card market in the 1960s.

Visa began as BankAmericard, a California-based service of Bank of America in the early 1960s. The credit card market at the time was filled with many bank-issued cards that were not always interoperable and suffered from high debt and fraud.

Hock was a vice president at one of BankAmericard’s licensee banks. At a 1969 bank meeting in Sausalito, California, Hock convinced a group of fellow bankers to form a committee. This committee, which Hock chaired, would try to improve the messy credit card market.

Believing that an approach other than the top-down management hierarchy in most organizations would produce better results, Hoch helped build a consensus to launch National BankAmericard in 1970. Hock became the first CEO of the company, which was renamed to VisaNet in 1973.

“He was a visionary but down-to-earth. People could trust him and suspend disbelief long enough to walk a path together,” Crone said. “That’s how Visa was formed.”

Visa’s structure was more decentralized and collaborative than most banks at the time, relying on the participation of its member banks to share responsibility for issues such as fraud and credit risk. These banks were competing with each other, but still needed the Visa lane, and the best practices from that rail, to ensure that consumers could securely make payments across as wide a geographic area as possible.

Hock left Visa in 1984 and became a writer, among other pursuits. Visa has grown to include more than 15,000 financial institutions in more than 200 countries, covering more than 100 million merchant locations and 3.8 billion cards. Visa controls around 40% of the global credit card market, according to Statistics. China UnionPay controls around 32% of the global market and Mastercard around 24%.

Mastercard traces its growth to the old MasterCharge, which built a network through a series of partnerships and rebranded itself as MasterCard in 1979, then renamed Mastercard, dropping the capital C. UnionPay is China’s national card network and has expanded into other countries, in part to provide “own currency” payments for travelers from China.

As the card industry, driven by large cooperative networks, has grown over the past three decades, Hock’s fame as one of the architects of that model has been modest. By Visa’s own description in its tribute, Hock is “not a household name outside of the world of financial services” (although a number of financial services executives, including Mastercard CEO Michael Miebach, cited Hock’s influence in the Visa chief Alfred Kelly’s LinkedIn message dedicated to Hoch).

Hock himself liked it fool, according to Fast Company, as a writer on the speaking circuit, well into the 1990s and the years after Visa’s founding. He held up a Visa card, and asked who among the audience knew what it was. Every hand would go up. He then asked who owned it and how it was run. Usually very few, if any, knew. It was, for Hock, mission accomplished, a vast network so commonplace and ubiquitous that its origins and operational details were largely unknown to mainstream users.

“Billions of people around the world take for granted and benefit from the open card networks,” said Eric Grover, principal at Intrepid Ventures. “Mastercard and Hock’s baby Visa are the only truly global retail payment networks. But the open bank card model was also adopted by many national systems. Most people who use products he enabled have never heard of him.”

Hock told his story in One from manya book about the creation of Visa and how the decentralized cooperative philosophy has influenced other organizations, including World Weather Watch and Alcoholics Anonymous.

“A ‘Chaordic’ organization was the punch phrase.” Crone said of the book and the word Hock coined to describe a harmony of chaos and order. “At its core, all new fintech innovations bolt on to legacy banking systems, especially when you connect new parties to old systems or to competing parties and networks.”

It is a concept that survives in embedded finance or open banking, or innovation that uses application programming interfaces or other connection rails to allow customers to access financial services from multiple providers. Or it can be found in the trend of banks competing with and collaborating with fintechs depending on the use case or need.

“This was the concept of coopetition,” Crone said. “Hock practiced it before it was theory.”