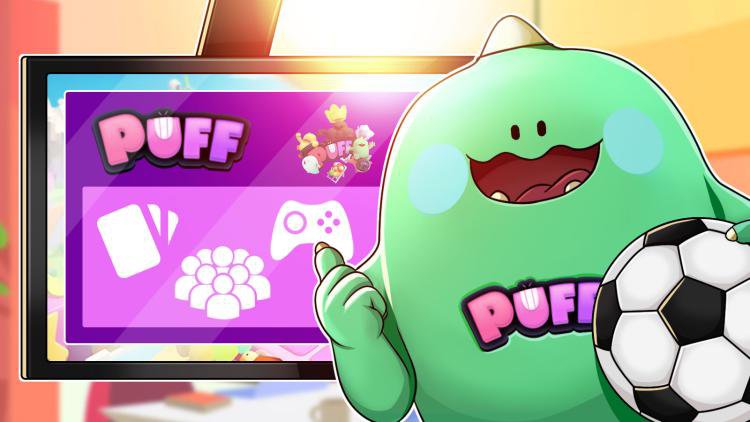 Users need NFT to participate in the PuffGo Football Beta and earn points via Skill-to-Earn.

Disney-like dreamland metaverse, the Puffverse, will host the Mystery Box sale Binance NFT. The sale is scheduled to take place on November 17 from 11:00-23:00 UTC.

After opening the mystery box, a user will get 1 NFT representing a team of 32 teams that will join the 2022 World Cup.

How to redeem at Puffverse

To participate in the PuffGo Football Beta on website, users will need NFT. After opening and pulling out the mystery box, they must redeem them for the NFTs with the team’s costumes that can be used in the beta. For example, a user who has the Puff Football Brazil can redeem it for one of the Brazilian-designed NFTs in the collection.

Skills to earn in PuffGo

There are a number of ways users can earn in PuffGo through Skill-to-Earn.

This will consist of three weekly rankings showing how well you play in the football mode of the PuffGo Beta Football version.

Points ranking – The goals you scored during the week.

Battle ranking – Number of matches during the week.

Winner ranking – Number of winning matches during the week.

The top 50 in each ranking will receive certain points that can be used to redeem PUFF tokens at the time of the initial launch. 2% of the token’s total supply will be distributed to users who at least participate in PuffGo Beta & PuffTown V1. Every Friday at At 12:00 UTC there will be a snapshot for rank updates and point rewards.

Win or Lose — Get points for first token distribution

Puff Genesis and Puff Football NFT holders can also earn points by guessing the outcome of each game in the Win or Lose activities on the website. The points can be used to redeem the PUFF tokens later at the time of the initial launch.

Top players in Score Rank will share $2,000 in USDT weekly.

Puff Football NFT is a limited edition NFT that can be used in various Puffverse products. It’s being released at a very early stage, meaning the cost of getting one will be cheaper for early adopters. All 3,840 are unique NFTs and can be redeemed on our official website for different ones according to the team you have, with 5 different characters in the story settings.

See also  You can now invest in a song through an NFT; Here's how

Users can use the Puff Football NFT to participate in the PuffGo Football Beta on November 20th and participate in PuffTown V1 (Simulation Game) on December 25th. The NFTs will allow you to play-to-own, Skill-to-Earn and Build-to-earn. The characters have different personalities, stories and skills with cute faces that can be used as your DID and PFP in Web 3.

The typical single character settings were abandoned in favor of a character set that emphasizes “Who I am” by allowing users to choose between different characters. Each character has their own character traits – Everyone is born different, and everyone can confidently be their best self – There is always a role whose character traits can be projected onto the individual player, triggering the empathy of the maverick Gen Z users to “be brave and be yourself,” so they can accept and integrate into Puff’s world.

Puffverse is a Disney-like dreamland of the 3D metaverse, powered by ecological partners, Web 3.0 software and an underlying hardware infrastructure that aims to create a metaverse to connect virtual reality in Web3 and reality in Web2.

To learn more about Puffverse, visit the following links: