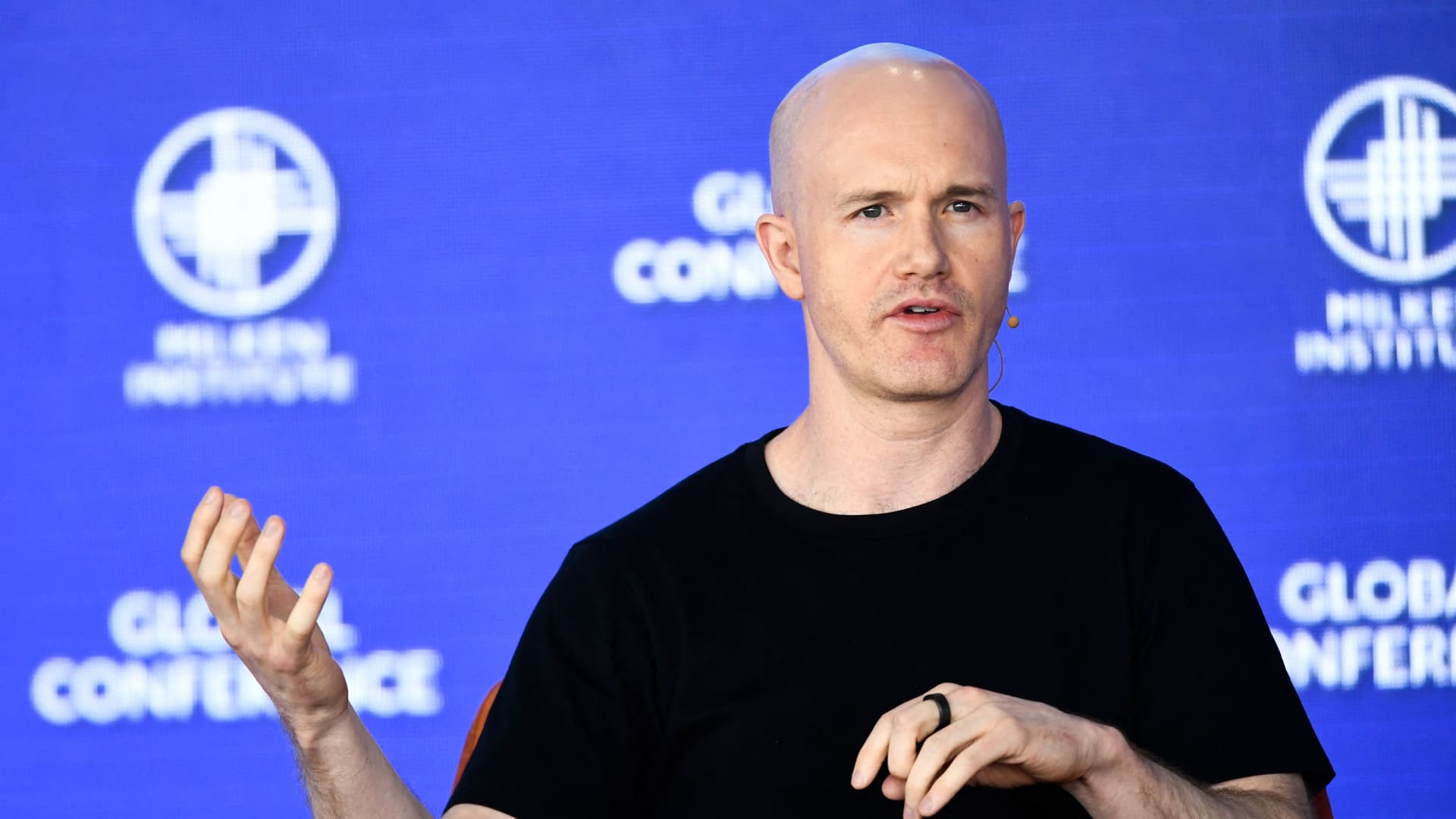 Brian Armstrong, CEO and co-founder, Coinbase, speaks at the Milken Institute Global Conference on May 2, 2022. in Beverly Hills, California.

Coin base shares fell more than 8% on Monday, extending a move that has pushed the crypto exchange to its lowest since its market debut in April 2021. The drop comes as bitcoins The decline continues and investors worry about contagion from FTX’s spectacular collapse earlier this month.

Nineteen months after going public with a market capitalization of over $85 billion, Coinbase has fallen below $10 billion and has lost over a quarter of its value in the last four trading sessions.

Questions have swirled about the health of FTX’s rival exchanges, prompting industry-wide sell-offs that have prompted some companies to temporarily suspend trading and others to prepare for potential bankruptcy filings. Mizuho analysts wrote in a note on Friday that daily volumes in the industry are trending 30% to 40% below the average for the year.

Coinbase CEO Brian Armstrong said in an op-ed for CNBC on Nov. 11 that his company has “no material exposure to FTX,” but he has “sympathy for everyone involved.” Coinbase shares are down more than 83% so far this year.

“It’s stressful any time there’s potential for customer loss in our industry, and a lot of people are losing a lot of money as a result of FTX’s struggles,” Armstrong said.

Bank of America downgraded Coinbase on Friday, citing “contagion risk” for the cryptocurrency exchange platform, although it is not “another FTX.”

“That doesn’t make them immune to the broader fallout in the crypto ecosystem,” Bank of America’s Jason Kupferberg wrote.

Before FTX’s descent, the market was in the midst of a crypto winter that had sent prices of bitcoin and ethereum collapsed and forced a number of companies to go bankrupt. Earlier this month, Coinbase reported a revenue drop of more than 50% in the third quarter from a year earlier, and a loss of $545 million. In June, the crypto exchange cut 18% of its workforce.

The subsequent selloff has been even more extreme, with bitcoin falling more than 3% on Monday to its lowest in more than two years. Ethereum fell over 6% on Monday. Solana, a coin heralded and backed by FTX founder Sam Bankman-Fried, has lost over two-thirds of its value in two weeks.

Within days, FTX went from a $32 billion valuation to bankruptcy as liquidity dried up, customers demanded withdrawals and rival exchange Binance tore up its non-binding agreement to buy the company. FTX filed for Chapter 11 bankruptcy protection on November 11.

Bankman-Fried said the company’s assets were “fine” two days before he was desperate for a bailout. He has since said in tweets that he is trying to get back deposits for the company’s customers.