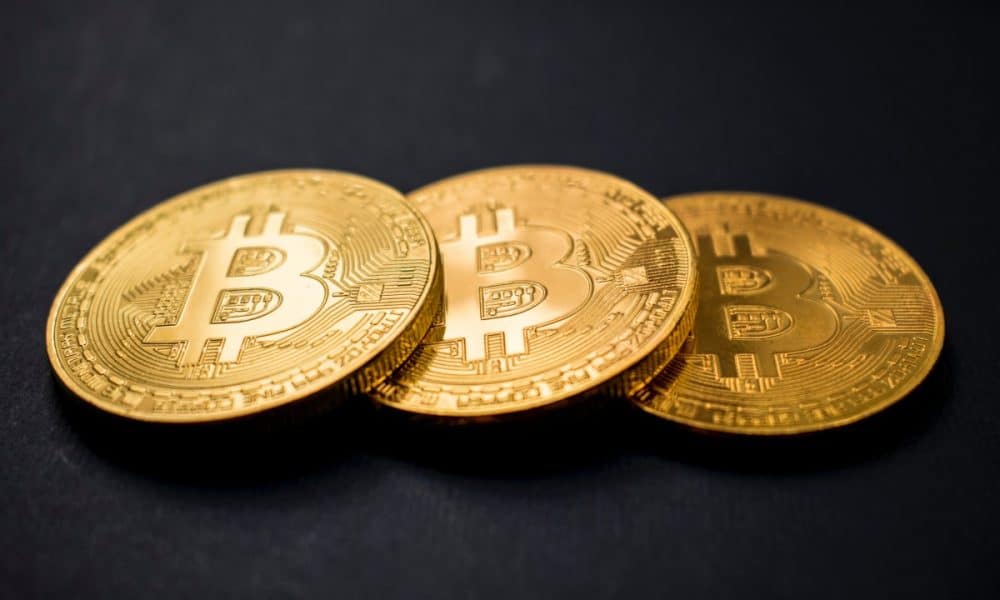 Data from the cryptocurrency’s social analytics platform LunarCrush revealed an increase in Bitcoins [BTC] social activity after the collapse of cryptocurrency exchange FTX.

We notice an increase #Bitcoin social activity after the collapse of FTX.

And unlike anyone #altcoins (ie $FTT & $SOL) activity is quite positive.

According to LunarCrush, BTC’s average social dominance index as of November 16 was 15.11%. While an increase in an asset’s social activity is usually a precursor to an imminent price rally, macro factors and general market conditions revealed that the royal coin may not be well-prepared for the same just yet.

At the time of writing, BTC changed hands at $16,558.24, data from CoinMarketCap revealed.

Trading at its October 2020 level, BTC sellers continued to overpower buyers on the daily chart. This was made clear by BTC’s DMI (Directional Movement Index) position.

In addition, the Average Directional Index (ADX) showed that buyers may need more help to negate sellers’ strength in the short term.

Also, with the 20 exponential moving average (EMA) positioned below the 50 EMA (yellow) line at press time, the severity of ongoing bear actions in the BTC market is better appreciated.

According to data from on-chain analysis platform CryptoQuant, the BTC exchange reserve on Binance had increased in recent days. This showed that investors took to depositing a net amount of their BTC holdings to Binance for withdrawals since FTX collapsed. 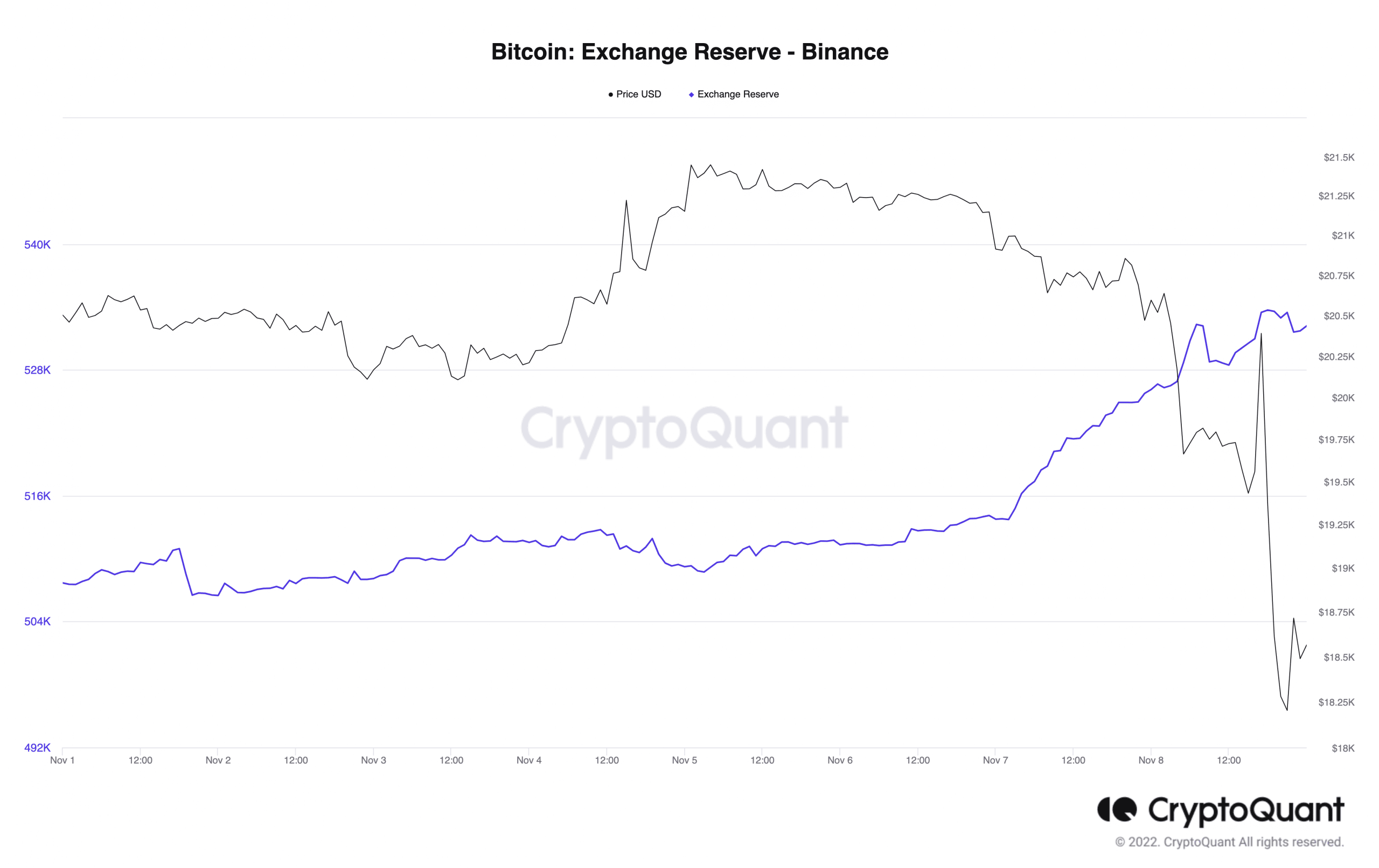 Additionally, BTC’s funding rates remained extremely negative at the time of writing, per CryptoQuant. This revealed that negative bias continued to follow the leading coin as more holders bet on a further price decline. 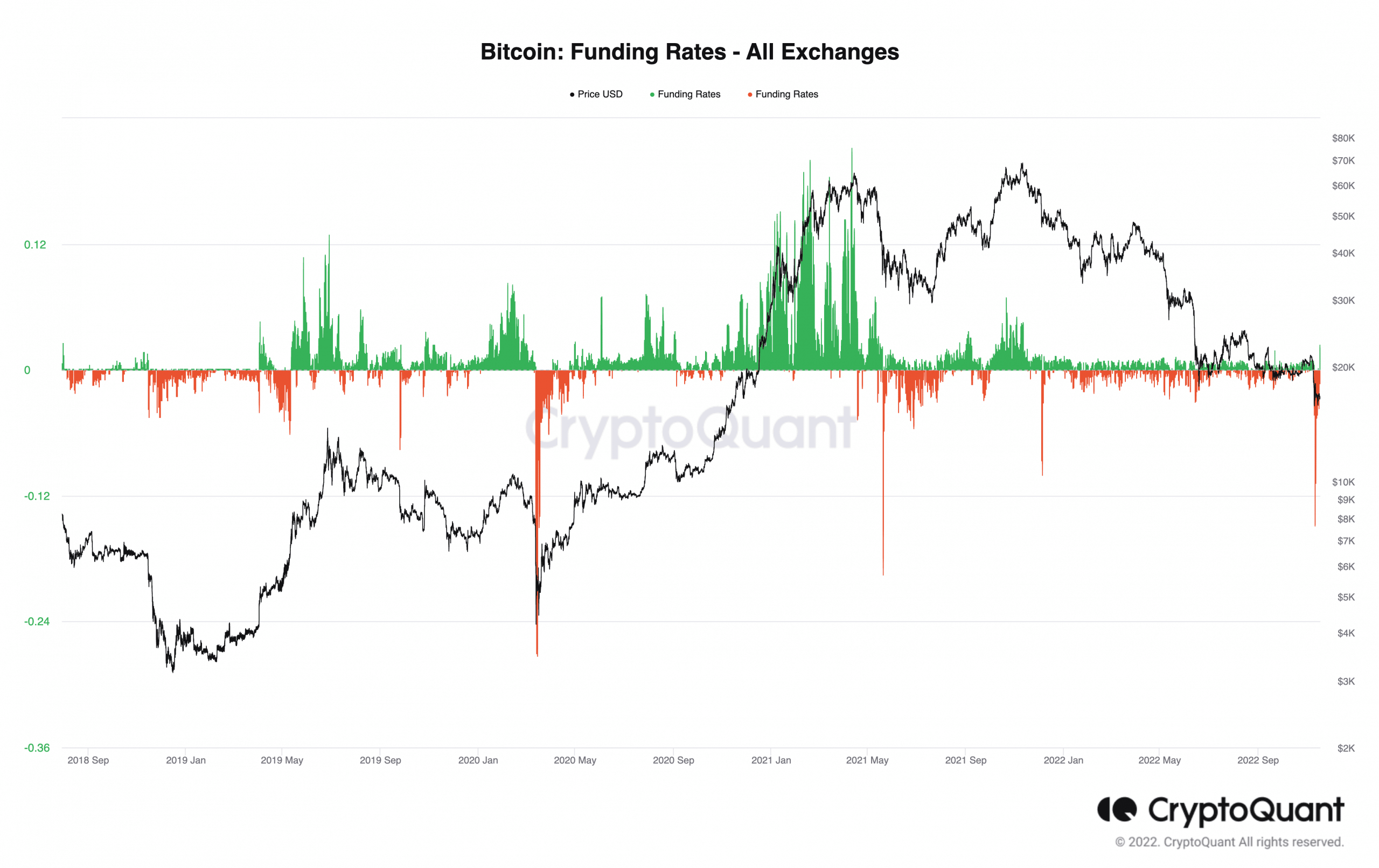 Over the past two days, investor sentiment on BTC remained negative as the king coin traded in the $16,000 and $16,500 range. Data from Santiment showed that the asset’s weighted sentiment had a negative -0.397 at press time.

In terms of profitability, BTC’s MVRV ratio has remained negative since the collapse of FTX. This showed that the holders were seeing losses on their investments, and any attempt to sell at today’s price would be met with no gain on their investments.

Much to their surprise, even BTC long-term holders were not spared, as data from Glass node showed that this group of investors experienced acute financial stress, with an average of -33% in unrealized losses. 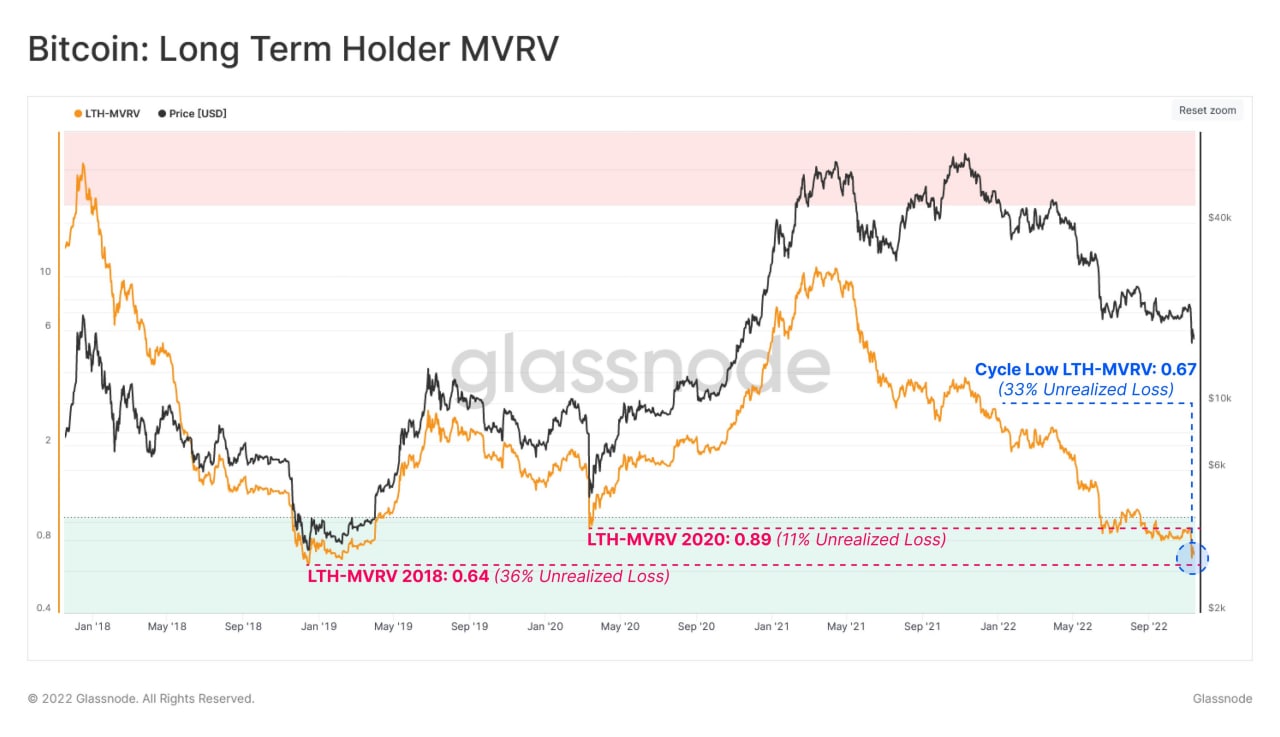