OpenSea: NFT creators earned over $1 billion in fees this year 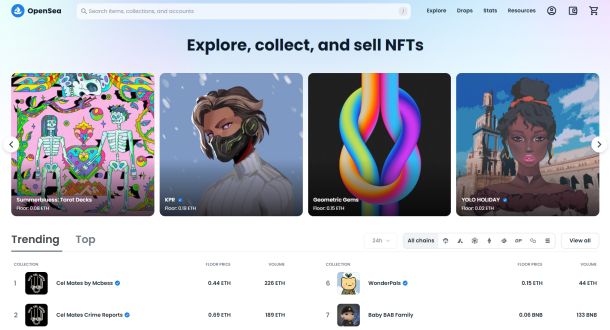 According to OpenSea, NFT creators earned over $1 billion this year so far (based on sales concluded between January 1 and November 23 on the platform). This amount does not include grants, various incentives or sponsorship. Over 80% went to less popular collections, the rest heading to top 10 NFTs.

Less than a decade since the creation of the first NFT, namely Quantum, which was created by Anil Dash and Kevin McCoy back in May 2014, this field has taken off to reach impressive dimensions. The first NFT project, Etheria, arrived in 2015 and remained in the dark until mid-March 2021, when it generated around $1.4 million in sales. The market stopped in 2022 after two years of solid growth. Although NFT sales took a sharp dive compared to 2021 in mid-2022, OpenSea reports that creators earned over $1 billion this year (through November 23rd, to be exact).

The impressive figure mentioned above only includes the revenue generated by creator fees from the resale of their NFTs. In many cases, NFT creators also profit from sponsorships, engagement incentives and grants. According to OpenSea’s data, only 20% of the $1.1 billion generated this year went to the top 10 NFT collections. This peak is based on creator fee-based revenue from the collections, and nothing else.

In the future, OpenSea plans to fully release the drops minting experience with the goal of “expands the canvas for storytelling” and improve the platform experience for both creators and their followers. For now, this remains one of the more interesting NFT-related projects to keep an eye on, and only time will tell if the market can return to its former glory.

Are you a technician who knows how to translate? Join our team!
Details here

Disclaimer: The information reported here should not be used as a basis for any personal investment decisions. Notebookcheck does not offer cryptocurrency, NFT or other trading, investment or financial advice.

In my early school days I hated writing and having to make up stories. A decade later I began to enjoy it. Since then I published some offline articles and then I moved to the online space, where I contributed to major sites that are still online as of 2021, such as Softpedia, Brothersoft, Download3000, but I also wrote for several blogs which has disappeared over the years. I’ve been riding with the Notebookcheck crew since 2013 and I don’t plan on leaving anytime soon. In love with good mechanical keyboards, vinyl and tape sound, but also smartphones, streaming services and digital art.

Feel free to share our article, every link counts!