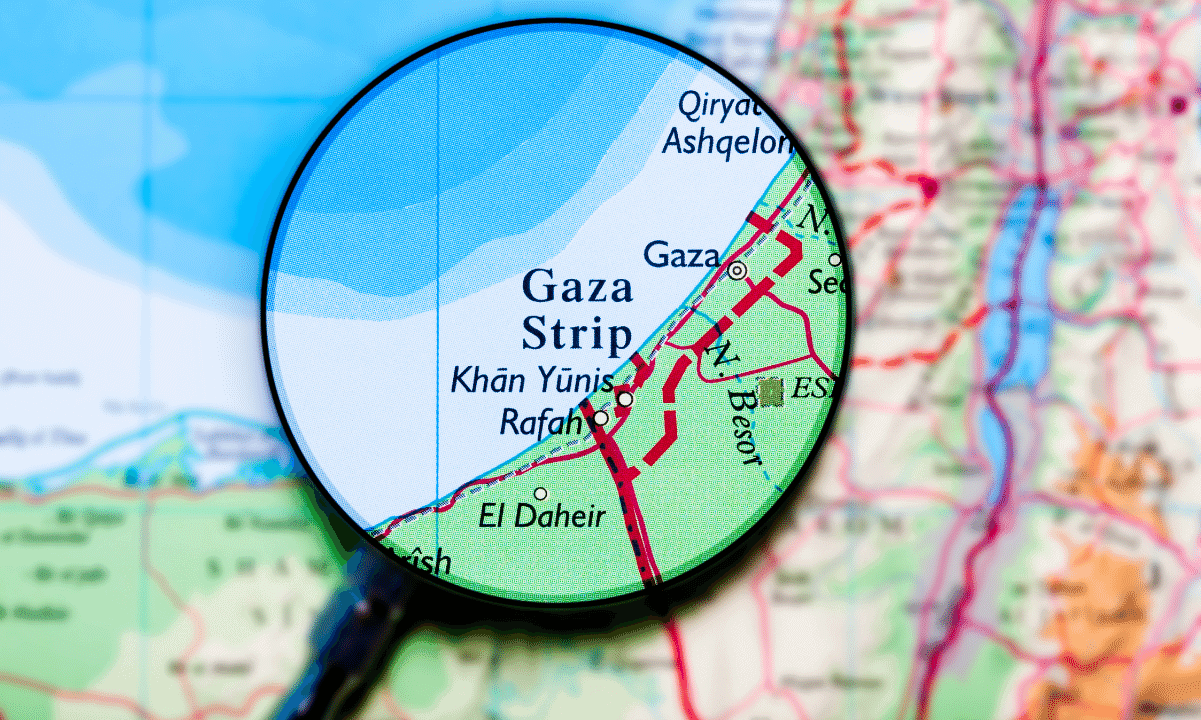 Numerous Palestinians in the blockaded Gaza enclave have lost their lives due to the Israeli-Palestinian conflict, while others are on the edge of survival.

The total destruction of the area has also negatively affected the local economic network. To try to preserve their wealth and monetary independence from Israel, a growing number of Gazans have turned to bitcoin and other digital currencies.

The clash between the two nations, which began last century, is one of the most enduring global conflicts. At the heart of the problem is the fact that the territory of Israel is home to both Jews (the dominant population) and Palestinian Arabs. The two groups have claimed the same land, but a compromise has not yet been found.

The first tension arose at the beginning of the 20th century when many Jews, fleeing persecution in Europe, settled in the region and wanted to establish a national homeland. The local Arab population resisted, claiming that the land was rightfully theirs.

The UN intervened to prevent what appeared to be the start of a major military conflict. The organization created a partition plan for Palestine that could divide the country into two independent Arab and Jewish states, while Jerusalem would have a special international regime. The plan never saw the light of day, and provoked the Palestine War of 1947-1949.

Violence continued to reign in the area (rich in historical, religious and cultural sites) in the following decades. Most Israelis support the possible creation of two separate states, while the majority of Palestinians reject such an option. The latter believe the entire territory belongs to them and have carried out several armed attacks against Israelis over the years. The Islamic extremist terrorist organization Hamas was responsible for most of the attacks.

Regardless of who is right, thousands of people lost their lives because of the war, and a large part of the country has been ravaged. One of the hardest hit areas was the Gaza Strip (a Palestinian enclave on the east coast of the Mediterranean), where the situation is unbearable for many.

The region is one of the most densely populated places on earth and is inhabited by over two million people. Israel has imposed a blockade since 2007, meaning residents must rely on humanitarian aid to survive.

Only 5% of the population has access to clean water, while 60% of children suffer from stunted growth due to malnutrition.

Most young people are unemployed, and the domestic economy is totally crippled. It seems logical that locals would seek alternatives to preserve and generate some wealth amidst the chaos, and here comes crypto.

Bitcoin: A lifeboat for the poor

National News interviewed some residents of the Gaza Strip and discovered that many have turned to the crypto world lately.

One of the participants, Noor, said that her lifestyle changed completely when she started learning about digital currencies.

“My fortunes changed when I learned how to invest in bitcoin and started selling makeup online,” she said.

Dr. Tariq Dana – a policy advisor for Al-Shabaka, the Palestinian Policy Network – believes a growing number of locals have jumped on the crypto bandwagon as a way to gain independence from Israel’s economic regulations.

“I think the decentralized banking status of crypto is encouraging enough for us [Palestinians] to have an income through a safe and freelancing platform,” said Kareem – a resident of Gaza who also invests in bitcoin.

Despite giving them financial freedom and a chance to be part of the global financial network, crypto hides the risk due to its notorious volatility. Bitcoin’s price has fallen over 75% in the last 12 months, causing significant paper losses for HODLers. Haitham Zuhair, a Palestinian businessman and crypto investor, spoke on the matter:

“I am sure that the drop in the Bitcoin price has cost many traders in Gaza so much because their initial investments and capital are not as high as one would think.

Education and experience are essential to continue with crypto as a space for online income and a symbolic tool for financial steadfastness in Palestine. It only takes one wrong call to lose an earth’s worth of profit in crypto.”

Crypto trader Mohammed Awni revealed that his bitcoin investment during the bull run was so successful that he had enough funds to get married. However, the bear market has crushed his dream (at least for now).

See also  Bitcoin is mined with the sun in Australia

Aside from the many peaceful locals struggling to make ends meet, crypto has also caught the attention of the terrorist organization Hamas.

The Ministry of Defense in Israel carried out a new seizure in March this year, confiscating 30 digital wallets linked to the exchange company al-Mutahadun. The authorities claimed that the platform “assists the Hamas terrorist group, and in particular its military wing, by transferring tens of millions of dollars a year”.