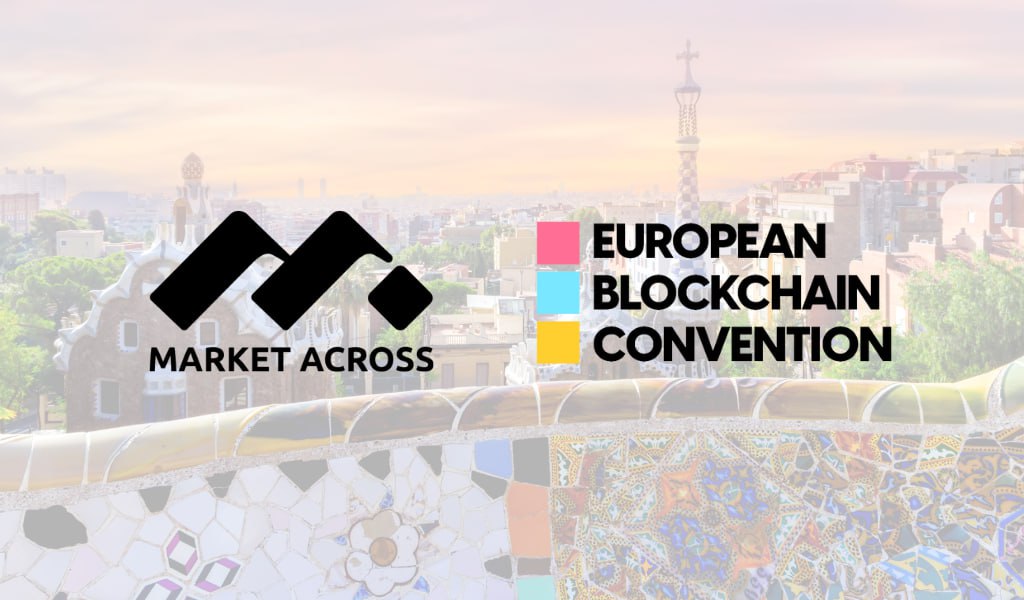 Leading Blockchain Marketing Firm MarketAcross has joined the upcoming European Blockchain Convention (EBC) as its main global media partner. The convention, now in its eighth edition, is expected to welcome over 2,500 participants to the Hyatt Regency in Barcelona between 15 and 17 February.

As part of the strategic partnership, the experienced blockchain PR and marketing firm will manage pre- and post-event marketing efforts on behalf of the 2023 Convention, leveraging its vast network of thought leaders and speakers to raise the profile of the Barcelona event worldwide.

Billed as the biggest edition since the event launched in 2018, this year’s in-person conference will inaugurate the EBC Blockchain Awards in recognition of the top 100 early-stage startups currently operating in Europe. The awards ceremony follows a month of public voting, with ten finalists selected to present to a jury panel of investors during the three-day event.

This year’s much-anticipated EBC features over 200 high-profile industry figures, including Bittrex CEO Oliver Lynch, Aave founder Stani Kulechov, Solana co-founder Stephen Akridge and Santander’s Head of Crypto Coty de Monteverde. As in previous years, the conference will be held over two stages and welcome a diverse audience of blockchain developers and users, including those involved in DeFi, NFTs, Web3 and blockchain games.

New for this year’s event will be an exhibition area consisting of stands for over 30 of the event’s sponsors, which gives participants a chance to get to know the companies. Out-of-hours networking opportunities will include a special networking event on 15 February and two parties with live music and drinks on 16 and 17 February.

As one of the industry’s best-known PR firms, MarketAcross previously served as the web3 media partner for Benzinga’s Future of Crypto conference in New York City. It will also be the official media partner for the upcoming 2023 Paris Blockchain Week in March.

“We are thrilled to join EBC as the main media partner, especially this year, as the speaker list will showcase many exciting personas and projects. EBC is a veteran of Europe’s crypto event scene, and we are hyped to finally be there in person and make this year’s event to the best yet.” said Itai Elizur, COO & Partner at MarketAcross.

Victoria Gago, co-founder of the European Blockchain Convention added “Since we launched in 2018, our mission has always been to help the blockchain community connect and thrive. We are very excited to partner with the MarketAcross team. We are convinced that together we will have a greater impact on the room.”

About the European Blockchain Convention

Known by many as the most influential blockchain event in Europe, European Blockchain Convention is the annual meeting point for entrepreneurs, investors, developers, companies and global media in Europe.

EBC was born in 2018 in Barcelona with the mission to inform, educate and connect the global blockchain community.

For more information on tickets or to get involved, visit:

See the source version on newsdirect.com: