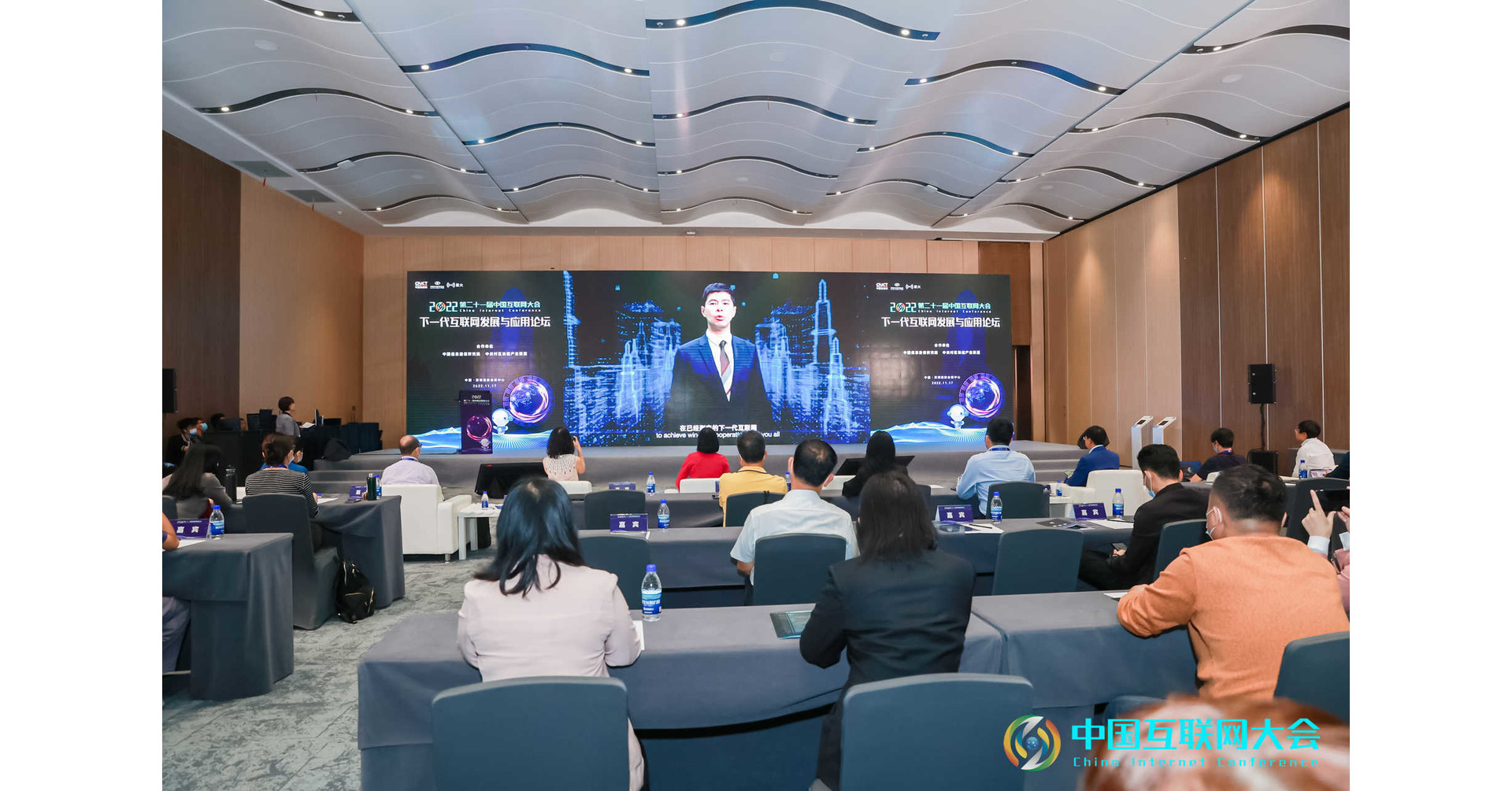 SHENZHEN, China, 17 November 2022 /PRNewswire/ — China’s national blockchain, Xinghuo Blockchain Infrastructure and Facility (XInghuo BIF) entered into an agreement with MY EG Services Bhd (MyEG) that MyEG will own and operate the Xinghuo International Supernode that will provide connectivity to the rest of the world at the Internet Conference in China in 2022. of China’s Ministry of Industry and Information Technology (MIIT) and Shenzhen Municipal People’s Government. The agreement also involves the cross-border adoption and use of the latest Decentralized Identifier standard (DID) to gradually create the Web3 of China and beyond.

The international supernode will connect to MyEG’s layer-1 permissioned public blockchain, Zetrix, which is fully compatible with Xinghuo. This allows the Zetrix network’s assets and on-chain transactions to seamlessly cross into Xinghuo, connecting governments, businesses and their people into a global blockchain-based economy.

Commenting on the partnership, Xiaohui YuPresident of CAICT said, “We should cooperate more to build node networks, seize the opportunity presented by the next generation internet and strengthen industries with blockchain and other technologies, thereby providing solid infrastructure and promoting innovative development.”

The agreement marks a milestone in Xinghuo BIF’s global expansion since the Memorandum of Understanding signed on 12th October 2021. The international supernode will connect to MyEG and develop blockchain infrastructure applications, which will increase the interconnection of infrastructure in countries, and improve the ability to operate across chains. With its technologies and public services, Xinghuo BIF will provide blockchain services to Malaysia and other ASEAN countries and assists with cross-border goods tracking, identity verification and supply chain financing.

Wong Thean soonsaid CEO of MyEG and co-founder of Zetrix, “Xinghuo BIF is already the most advanced and widely used chain for industrial and commercial applications. Now with the launch of Xinghuo International Supernode, the rest of the world can connect and be part of China Web 3 -the evolution that will promote the establishment of international societies and facilitate global trade and finance.”

Xinghuo BIF and MyEG’s layer-1 public blockchain, Zetrix, had previously announced the introduction of blockchain cross-chain identifiers (BID), Verifiable Credentials (VC) and chain agreement signing. BIDs and VCs are critical building blocks of a more interconnected Web 3, as they are the fundamental tools that decentralized apps can use to deliver a myriad of new services.

The agreement between the parties was appropriately signed on-chain on the Xinghuo-Zetrix blockchain ecosystem.

About MY EG Services Bhd (“MyEG”)MyEG is Malaysia’s leading digital service company. Having started operations in 2000 as the flagship e-Government service provider, MyEG continues to play a leading role in driving technological change in the region, bringing a diverse and comprehensive range of innovations spanning online delivery of major public services to a range of commercial offers in areas such as immigration, the car industry, healthcare and financial services. Committed to being at the forefront of the region’s digital revolution, MyEG has embraced the potential of blockchain technology to improve all aspects of life and is actively pioneering its adoption across key markets.. MyEG has operations in central regional markets such as e.g The Philippines and Indonesia.

About ZetrixZetrix is ​​a layer-1 public blockchain that facilitates smart contracts and delivers privacy, security and scalability. Zetrix’s cryptographic infrastructure can be introduced to multiple industries to connect governments, businesses and their citizens to a global blockchain-based economy. Owned by My EG Services Bhd, the cross-border and cross-chain integration with Xinghuo Blockchain Infrastructure and Facility (BIF) enables Zetrix to serve as a blockchain gateway that facilitates global commerce by deploying critical building blocks for Web3 services such as Blockchain-based Identifiers (BID) and verifiable identification (VC). To learn more about Zetrix, visit the website | Twitter |

About Xinghuo BIF Xinghuo BIF is a national blockchain infrastructure supported by the Ministry of Industry and Information Technology and led by the China Academy of Information and Communications Technology (CAICT). It provides services mainly to the Industrial Internet, makes breakthroughs in Internet identifier, increases the use of blockchain and drives the economy. With open construction strategies and management model, Xinghuo BIF positions itself as a national blockchain infrastructure that provides services to the world, and the construction was started in August 2020. On 3 August 2021CAICT released BIF-Core, marking the start of the primary chain operation and global service.