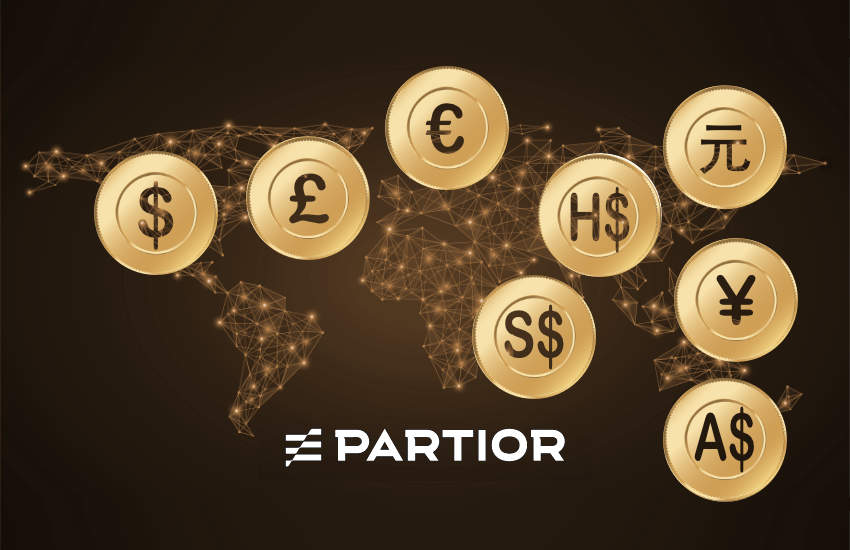 Partior, the blockchain-powered “value exchange” platform from JP Morgan, DBS Bank and Temasek was unveiled a year ago in Singapore. Two weeks ago, Standard Chartered joined as a supporter. Partior is an interbank network that supports multi-currency payments starting with US dollars and Singapore dollars, with six more currencies onboard. A year later, the company’s global ambitions have become clear.

The stated number one goal is to “build a generally accessible platform that can support and scale a global ledger,” according to CEO Jason Thompson. Partior is engaged with 60 banks in 15 jurisdictions, and when he spoke to Ledger Insights, Thompson was in London for talks with the Bank of England and others. It is currently hiring in the world’s five major financial centers.

Partior started with one settlement bank per currency, but it has now been developed into several settlement banks. And it is currently onboard GBP, EUR, AUD, JPY, CNH and HKD.

Beyond scaling to currencies and multiple banks, Partior adds additional services. It is currently working on FX PvP and intraday swaps. Next comes delivery versus payment (DvP) integration with digital asset networks and all the interoperability that entails.

A clear strategy reminiscent of SWIFT

Many new infrastructures claim to be the next SWIFT of digital assets or payments. Partior does not make such claims. But if you follow the strategy, it looks like a more flexible, open and interoperable SWIFT.

Its COO, Stella Lim, comes from SWIFT.Partior positions itself as a network rather than a payment or settlement system. It aims to make digital clearing and settlement more efficient, reliable and secure for financial institutions, be they banks or non-bank financial institutions. While Partior is a wholesale network, it also supports others who add retail payment applications on top of the network.

“Partior is not a payment system,” Thompson said. “We can’t initiate a transaction, move, store money or create finality, and we don’t get any data.”

That means, like SWIFT, it neither needs a central bank account nor direct central bank approval, although commercial banks may need to get the green light from the regulator to use the network. This point is critical because it allows the Portior to move at speed.

Banks have nodes on the network to make payments, and the banks have control. They own the smart contracts, control their distribution, initiate payments and determine finality. Payments are in commercial bank money.

The fact that Partior grew out of a central bank digital currency (CBDC) experiment, Project Ubin, means that the potential for central banks to have nodes clearly exists.

Thompson commented that Partior does not “centralize risk in any way. Technology risk, data risk or financial.”

Comparing Partior’s strategy with one of the other major blockchain payment initiatives, Fnality, backed by 17 major financial institutions, is helpful.

In Fnality’s case, while it has yet to launch, it has already been designated as a systemic payment system by the UK Treasury. And the launch has just been delayed by nine months, at least in part from the payments regulator the Bank of England.

But circling back to the CBDC point, Thompson sees the Portior as supporting both commercial bank money (M1) and central bank money (M0). “M0 is a clearing function across settlement banks, and M1 is a clearing function within commercial banks and their ecosystem,” Thompson said. The implication is that commercial money is simply Partior’s starting point. “We can do it (payments) either in M0 or M1 currency. It doesn’t matter to us,” Thompson added.

Partior is already engaged with several central banks. It is involved in Project Dunbar, the multi-CBDC project with the central banks of Singapore, Malaysia, Australia and South Africa and the BIS Innovation Hub. And we’re guessing Thompson’s London trip is partly related to another BIS Innovation Hub initiative, Project Meridian, which aims to synchronize RTGS infrastructures with digital asset and foreign currency payment systems.

Make no mistake, payments are being disrupted

SWIFT also wants to participate in this new CBDC world and launched a trial to connect domestic CBDCs for cross-border payments. While it is understandable to want to transform rather than disrupt, the CBDC approach to its current role of sending messages rather than money continued, as we observed when it was announced.

However, the most important innovation of blockchain payments is the integration of the message with the money and its movement. And the ability to have atomic transactions.

Thompson compares the payments sector to electric vehicles (EVs). “The way the power unit in cars changed disrupted everything from the supply chain to service. Even down to the methodology of selling the car, he said. “The moment you changed the fuel in the pipe, you changed everything.”

“You have to start from scratch and say, how is this new world going to work?” Thompson said. “Then you look at a new supply chain and figure out what that supply chain looks like.”