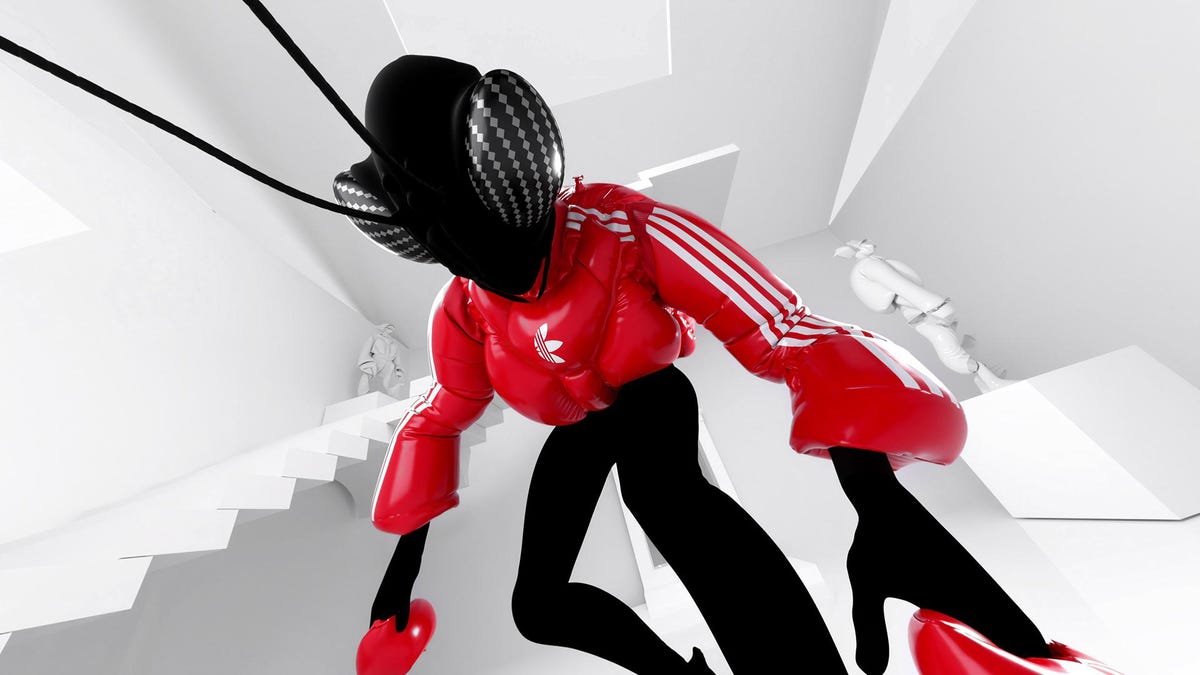 “We are laying down a marker in this new age of originality—one that undoubtedly serves society, heroes the purveyors and collectors of emerging style and culture, benefits the value creators, and supports the diversity of expression and utility that virtual worlds have allowed us all to explore.” , VP of adidas /// studio (Three Stripes Studio’, Erika Wykes-Sneyd said in a statement.

The release follows a teaser campaign with the adidas Discord community, which is also the community at the heart of adidas’ strategy.

WHO CAN WEAR THIS FIRST ADIDAS VIRTUAL GEAR COLLECTION?

Next week, adidas will launch a PFP dressing tool that will allow this first edition of the adidas Virtual Gear collection to be worn by PFP avatars from compatible partner collections – initially Bored Ape Yacht Club, Mutant Ape Yacht Club and Inhabitants.

But while it has previously been possible to “burn” virtual clothing onto a PFP as a permanent addition, the real game changer here is that the new PFP dressing tool will allow users to change their PFP outfits just like they can with regular avatars like Ready Player Me versions.

Going forward, expect more PFP and avatar communities to be integrated into the interoperable system.

“With our community and creator ecosystem at its core, adidas will explore all viable tools, platforms and experiences within Web3 to unlock new opportunities for our wearables, focusing on tangible value and immutable utility for community members,” Wykes-Sneyd added.

Community has been an integral part of adidas’ Web3 strategy from the start – in January it created a community-generated NFT with Prada and artist Zach Liberman tiling contributions from 3,000 participants into one giant NFT artwork. While this was auctioned for charity, a percentage also went back to the 3,000 creators.

HOW TO OWN A PIECE FROM THE VIRTUAL GEAR CAPSULE

Owners of the adidas Originals: Capsule NFT Collection (total of 24,280), which launched in May 2022, will each be awarded a random piece from the new Virtual Gear collection for free. However, they won’t know which one unless they choose to “burn” their Capsule NFT – essentially trading it for a piece from the Virtual Gear collection of digital wearables. FYI, they can also keep the capsule without burning it and wait for phase 3…

For those who do not own the original adidas Originals: Capsule NFT, pieces from the Virtual Gear collection will be available for purchase on the Opensea secondary market.

All creatively taking on adidas DNA, the pieces in the Virtual Gear capsule consist of jackets or hoodies of some description with WALLRUNNER quilted jackets made from 3D layered trefoils made from towel, inflatable PFD (That’s Personal Flotation Device) puffers and NEOBONE tops inspired by the rubberized sole pattern of the adidas Superstar sneaker.

“As a brand, adidas has always been about exploring the edges of creativity and pushing the boundaries to find what’s beyond,” said Nic Galway, Senior VP of Creative Direction for adidas Originals. “But Web3 offers our designers and collaborators a new outlet to imagine, and reimagine, how our brand can be represented in augmented and virtual worlds.

It should also be mentioned that the details on 3D wearables are very impressive. Although accessories are generally easier to render, any 3D designer will tell you that materials – like towels or anything more textured for that matter – are notoriously difficult to render realistically.

Although Adidas hasn’t released the numbers, these three partner properties are the NTFs the rarest of all, with the Bored Ape Yacht Club Red Hoodie set to be the Web3 equivalent of the mythological Golden Fleece.

See also  Real-World NFT Use Cases That Will Benefit Society