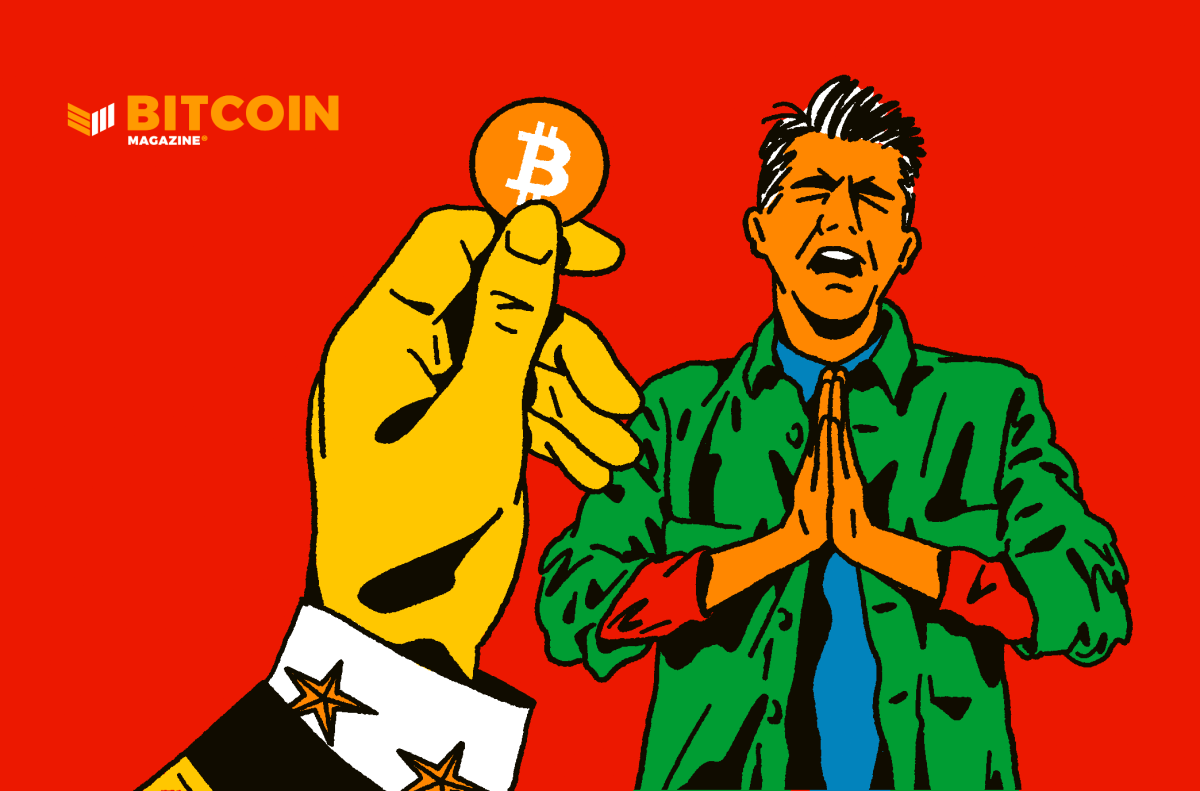 This is an opinion editorial by Holly Young, Ph.D., an active builder in the Portuguese Bitcoin community.

Disclaimer: BTC Inc. is the parent company of the Bitcoin Conference.

It was a real pleasure to watch Katie Ananina and Jessica Hodlr take the stage at the Bitcoin Amsterdam conference (not least because minutes earlier a journalist from the Financial Times had just spouted her disdain for the lack of women present at the conference). They did a good job of articulating how states should view their citizens, especially us Bitcoiners.

Jurisdictional arbitrage is a concept that is highly relevant to the Bitcoin community. At the risk of being called arrogant, I’d like to take a moment to detail why every country should not only want us, but encourage us to come to them.

Sure, bitcoin is bloody money. It gives a one-finger salute to the State in its most invasive, inappropriate form – the meddling state, the nanny state, the state that wants to take your freedom and dictate the rules by which you and your family live. But there is a central contradiction here. Despite what legacy media claims about Bitcoin (and by implication, Bitcoiners), we’re not all gun-toting psychopaths, terrorists, or drug lords—in fact, from what I’ve seen, Bitcoiners are pretty solid people.

Generally speaking, the Bitcoiners I have met have been socially engaged, family oriented and community minded. They are intelligent, and push the lead in technical, financial and social innovation. They are wealthy, curious and idealistic in the best possible sense – ready to commit to actually building a better world. They want to invest in the future and build businesses; In general, I’d go so far as to bet that a Bitcoiner contributes more to their community than your average member of the public, whether through investment, innovation, or general social engagement. This is of course cumulative – local communities build neighbourhoods, neighborhoods build counties and counties build countries.

“What jurisdiction could fail to welcome a society of this kind,” you may ask? As Katie and Jessica point out, jurisdictions should compete positively to attract new citizens of this caliber.

As we all unfortunately know, not all jurisdictions see it this way. The US has fired various warning shots at its Bitcoin citizens, including threats to impose a tax on undisclosed capital gains. There are several examples of developing countries that definitely see the potential Bitcoin offering – including the darling of the Bitcoin community, El Salvador – but none has yet emerged as a forerunner. Even El Salvador’s best efforts appear to have been, at least temporarily, somewhat bogged down by problems of adoption and implementation.

Europe has swooned over Bitcoin. Recently we saw it threaten to ban mining. As most of us are already aware, mining in any jurisdiction doesn’t actually kill Bitcoin as the lawmakers seem to believe — instead, it sends miners (and with them energy, wealth, and a thriving community) flowing to more welcoming jurisdictions. We saw this on a large scale for the first time in 2017, when China banned Bitcoin mining – much to the benefit of the US, where much of the mining power migrated to. Mining bans and tax laws seem to be linked in an unholy allegiance when it comes to a state’s stance on Bitcoin – and the consequences for said state. Ban mining and tax the sale of bitcoin and see how other jurisdictions are benefiting from the flood of Bitcoin migrants.

The fact is that there is a large and growing Bitcoin population in Europe and we are looking for a home.

Several European countries have shown their colors beyond any doubt in recent years. The Netherlands, for example, once the golden land of opportunity based on commerce and good trade, decided that Bitcoin was a net negative, and implemented strict regulations on Bitcoin companies and a 30% capital gains tax on bitcoin assets. Predictably, Dutch Bitcoiners and Bitcoin companies voted with their feet, leaving the Netherlands for jurisdictions with better legislation. Perhaps the Netherlands is congratulating itself on this purge of Bitcoiners – however, anyone with half a functioning brain can see that it actually represents a brain drain deluxe, causing young innovators and those with the money of the future to emigrate.

It is clear that the traditional seats of financial power in Europe are less well positioned to remain on the throne when it comes to Bitcoin. Switzerland, with its long tradition of respect for finance and its discretion over identity and sources of funds, seems too stuck in the tracks of the old financial system to be a real contender for the role. Brexit may have freed the UK from the quagmire of EU legislation and it may have the solid name of London as a financial hub, but with the durability of each political leader there is currently less than a pot of yoghurt and a falling national currency, would it would be a foolhardy company that would build its foundation there now.

Portugal has by no means been known as a financial hub, but a previous article of mine detailed its advantages as a breeding ground for founding Bitcoin communities. The relatively easy visa procedures and the policy of no capital gains tax on bitcoin have caused Bitcoiners of all nationalities to flock here, and those of us who hold regular meetings have seen our numbers swell very satisfyingly.

But a crossroads lies ahead for Portugal. It is one of the poorest of its EU cousins ​​and has been heavily dependent on EU subsidies for various aspects of capacity building in recent years. The euro has brought in even more tourism, a sector Portugal relies heavily on to swell its coffers. If the EU were to crack down broadly on Bitcoin, it would be a big call for Portugal to stand up for its Bitcoin communities.

And then there is the tempting ripe fruit of capital gains tax. Last week, Portugal proposed a new law to introduce capital gains tax on bitcoin, but in a nuanced form: bitcoin held for more than a year remains tax-free.

This can be interpreted in different ways. Of course, cynics may say that this is the thin end of the wedge – the first bite of the juicy plum of Bitcoin savings of Bitcoiners who have been drawn here, in what may well turn out to be a classic bait-and-switch maneuver. Others would argue that this regime rewards HODLers for their HODLing: A tax regime, yes, but mild.

See also  Bitcoin is "one of the worst cryptocurrencies", claims Cyber ​​Capital founder

Of course, if Portugal were to choose to impose a capital gains tax on bitcoin that penalizes those who have emigrated here for the current welcoming taxes on offer, the effect would be very simple. The National Treasury would not swell with any such tax decisions. Instead, the nascent Bitcoin communities flourishing and taking root here would simply disappear, melt away, while we European Bitcoiners pack our bags again and go in search of the next Bitcoin paradise.

There seems to be a golden opportunity for European countries at this time, one that Portugal is uniquely poised to seize, having been the immigration destination of choice for both European and American bitcoiners looking to escape from more draconian ( and colder ) jurisdictions. If Portugal chooses to position itself as a safe haven for Bitcoiners, more and more of us will come here, enriching the economy with investment and innovation and contributing our expertise and commitment to the country’s continued growth. At Bitcoin 2022, Madeira, a Portuguese island, announced its support for Bitcoin, welcoming Bitcoin communities and businesses. Will mainland Portugal follow suit?

If jurisdictional arbitrage is seen from the perspective of the wealthy and innovative community that Bitcoiners form, countries should be lining up to advertise their merits to us.

So, what should it be, Portugal? Which way, western country?

We European Bitcoiners are waiting and watching the different political tides.

This is a guest post by Holly Young. Opinions expressed are entirely their own and do not necessarily reflect the opinions of BTC Inc Bitcoin Magazine.