Cathie Wood says this crypto crash is a huge opportunity, and still sees Bitcoin rising 6,000% to $1 million – here are her 3 big sector plays 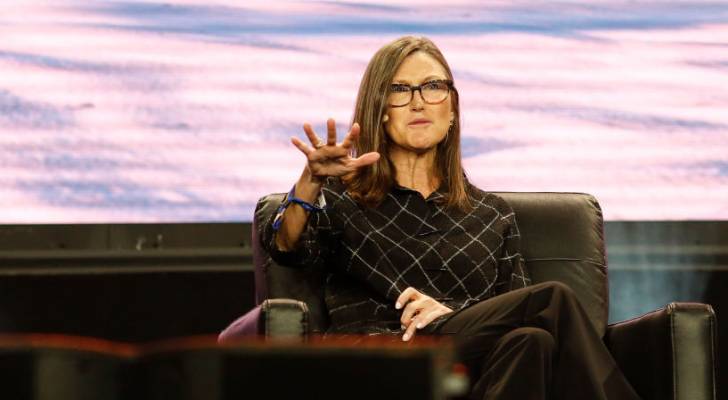 It probably doesn’t feel good to be a crypto investor these days. Bitcoin is down 65% year to date. And some are saying that this is not a “crypto winter” but rather “crypto extinction.”

When asked if she still has the bitcoin forecast of $1 million per coin by 2030 during a Bloomberg interview, her answer was a resounding “yes.”

“Sometimes you have to struggle, you have to go through crises to see the survivors first of all,” she says.

Wood acknowledges that the ongoing crypto crisis may delay institutional adoption, but still believes that bitcoin will come out of this “smelling like a rose.”

“When they actually do their homework and see what’s happened here, I think they might be more comfortable moving into bitcoin and maybe ether as a first stop.”

Considering that bitcoin is currently trading at around $16,400, her $1 million price target implies a potential upside of 5,998%.

As always, Wood puts his money where his mouth is. Here’s a look at how the super investor is betting on crypto.

With the rise of bitcoin in recent years, quite a few bitcoin funds have entered the market. Grayscale Bitcoin Trust is one of them.

According to GBTC, the shares aim to reflect the value of bitcoin holdings, minus fees and expenses. The fund says it has not met this target because the shares have traded at a premium or discount to value that “has at times been significant”.

The bankruptcy of cryptocurrency exchange FTX has sent shockwaves across the crypto space and is one of the reasons why investors have been offloading GBTC shares. As a result, GTBC trades at a steep discount to the underlying asset – bitcoin.

That discount caught Wood’s attention. It was reported that on Monday, Ark Investment Management picked up 176,945 shares of GBTC, worth approximately $1.5 million.

If you’ve ever bought bitcoin from an exchange before, you know that there are usually transaction fees involved. And as more people rushed to buy cryptocurrencies, those transaction fees quickly increased.

That’s where Coinbase found the opportunity. As the largest cryptocurrency exchange in the US, it earns a transaction fee every time someone buys or sells cryptocurrency on their exchange.

Read more: Stock up while the market is down: Here are the best investment apps to bet on ‘once-in-a-generation’ opportunities (even if you’re a beginner)

In Q3, Coinbase had 8.5 million monthly transaction users. It earned $366 million in transaction revenue and $211 million in subscription and service revenue.

Given the decline in cryptocurrencies, it’s no surprise that Coinbase shares have also experienced major volatility — down a painful 82% in 2022.

With its stake valued at $392.7 million, Block is currently the fifth largest stake in ARKK.

The management changed the name last December because “Square” had become synonymous with the company’s sales activities. But the move did little to cheer investors. By 2022, shares have fallen more than 60%.

Although the company is far from a market favorite right now, it continues to deliver some very impressive numbers.

What to read next

This article provides information only and should not be construed as advice. It is supplied without warranty of any kind.