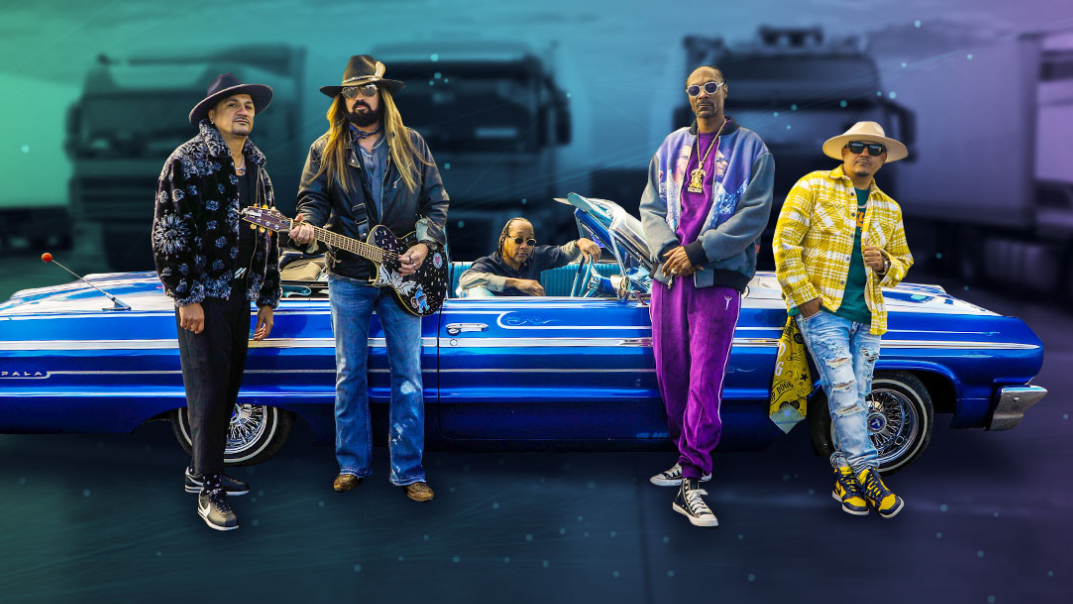 Few artists have achieved Snoop Dogg’s level of endurance. A name synonymous with rap music and hip-hop culture, the LBC legend has stayed ahead of trends far beyond the original scope of his career. Of course, that now includes trends in the metaverse.

Snoop is a prominent player in the NFT space, and is considered a seasoned veteran in blockchain-based music. With major accomplishments like a multi-million dollar collection ($45 million by some accounts) with Gala Music, numerous NFT mix tapes and the reconstruction of iconic Death Row Records as a Web3 label under his belt, people take notice when Snoop makes NFT moves . This is precisely why his latest venture with Billy Ray Cyrus and The Avilla Brothers has begun to gain traction among NFT enthusiasts and general consumers.

With the help of interactive metaverse concert company Animal Concerts, Snoop, Billy Ray and The Avilla Brothers bring their famous 2022 collaboration “A Hard Working Man” to the blockchain in a unique way. Constructed as a multifaceted project, the trio’s single has been transformed into a PFP collection, a gamified NFT experience, and a tokenized incentive program.

Unlike other NFT releases – including those from Snoop – “A Hard Working Man” was created for the explicit purpose of connecting fans. Separated in a three-tiered drop, the collection touches on community building and resource use through a gamified drop experience that provides exclusive redeemables.

The overall PFP collection speaks in itself to the message found in the song “A Hard Working Man”. In each NFT, Snoop and Billy Ray are depicted in outfits associated with hard-working jobs. From electricians, construction workers and farmers, to doctors and firefighters, Snoop and Billy Ray are thrown into skilled labor positions, wearing the clothes and expressions you’d expect from their blue-collar alter egos.

While registering to participate in the three-team drop can be done via Discord, Animal Concerts – the true mastermind behind this venture – has taken things a step further by introducing an interactive, gamified platform for fans to earn points and win prizes . By joining the “A Hard Working Man” endorsement list, users have the opportunity to complete various missions to earn points that place them on a shared leaderboard. Those at the top of the leaderboard can win more than 100 free NFTs. At the time of writing, this unique feature was already live, bringing fans into the fold long before the primary sale (date TBA) was announced.

Of course, the “A Hard Working Man” collection emphasizes more than the potential profitability of NFTs, since participants in the drop will have the opportunity to get much more than a single token. In fact, those who collect a Snoop x Billy Ray piece can choose from a wide variety of incentives.

Everything from live concert tickets and backstage passes to flyaway packages to parties with Snoop will be up for grabs for a select few who collect an NFT from the upcoming collection. Likewise, holders will also gain access to Snoop and Billy Ray’s Animal Concerts-powered metaverse performances, subsequent giveaways, member events and more.

Building towards the future of metaverse music

While such a high-profile celebrity collection is clearly a strong step towards mass adoption of NFTs, there’s more to “A Hard Working Man” than meets the eye. As possibly the most ambitious endeavor to come from Animal Concerts to date, the project speaks to Web3’s innate ability to help creators and IP owners build a deeper and more engaging community in collaboration with fans.

We’re not just talking about the various unique ways IP is brought into the blockchain. NFTs are helping to revolutionize fandom as we know it. And this Snoop, Billy Ray, Avilla Brothers and Animal Concerts collaboration illustrates how Web3 gives artists a more robust way to engage with their fans and followers, while giving fans more access to their favorite artists.

Speaking about the power of the Web3 artist-fan connection, Animal Concerts CEO Colin Fitzpatrick noted that fans can now bet on underrated artists they believe have potential. “Everyone who is hardcore in music discovers new bands. You see a band and you go, ‘they’re going to be huge,'” Fitzpatrick said in an interview with nft now. “Isn’t it wonderful to have that opportunity? To say, ‘I’m going to buy in now and they’re going to explode. And I have proof that I was right in the beginning, and maybe I can even profit financially from the royalties.’ It’s a complete game changer.”

Beyond the interconnect capabilities of NFTs, Animal Concerts taps into a market less traveled by many within the Web3 music space. Called a “next-generation traditional/metaverse label” by Fitzpatrick, the company aims to redefine what live shows can be in a digitally native era.

“We’re democratizing concerts because we can bring them to anyone around the world on any device. Not just the lucky few who got tickets to their favorite band in a small town,” Fitzpatrick said. “And I think that’s a really cool thing. Because we enable artists to deliver once-in-a-lifetime fan experiences online and in the metaverse, and then we work with them to create and launch [NFTs] on your behalf.”

As many NFT purists will tell you, there is room for everyone in the metaverse. Yet those, such as Animal Concerts, which actively work to make entertainment accessible to all, are undoubtedly among the most valuable. To learn more about “A Hard Working Man”, the $ANML token and the rapidly growing Animal Concerts ecosystem, visit the company’s official website here.