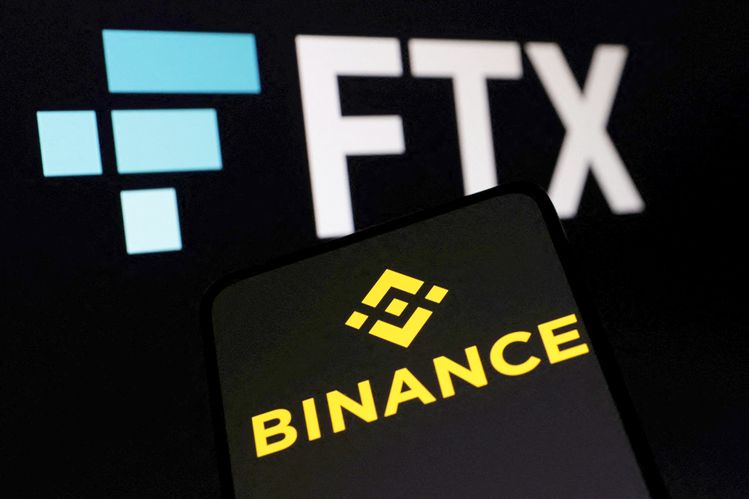 Many things are still unclear, but one thing is certain: FTX was not good, and the shock waves continue to hit both crypto and traditional finance.

Here’s a timeline of everything that happened, from Binance selling its holdings of FTX’s crypto token FTT, all the way to FTX’s insolvency filing on November 11.

Somewhat conveniently for crypto-sceptic UK MPs, the collapse has come midway through a major parliamentary inquiry into the sector by the Treasury Select Committee. The second collection of evidence was on 14 November.

Committee chair Harriet Baldwin gave a withering assessment of the situation, telling industry representatives: “You must feel a little awkward coming and talking to us after last week.”

Conveniently, Binance’s vice president of government affairs for Europe, the Middle East and North Africa, Daniel Trinder, was on the panel to defend his boss, Changpeng ‘CZ’ Zhao, who Baldwin said was “a player” in the crisis.

Zhao’s decision to very publicly sell Binance’s holdings of FTX’s token, FTT, was among the first events in a chain that ultimately ended in FTX’s insolvency. Also later down the line, CZ said he would buy FTX, before backing out of the deal 24 hours later.

Referring to Zhao’s actions, Baldwin said, “It must have been clear that it was likely to cause the collapse of FTX,” a claim Trinder denied.

Trinder agreed to submit written evidence of Binance’s discussions with FTX when the two were in deal talks, as well as the decision-making process leading up to it.

Ripple expands payment offering to Africa under US regulatory pressure

The collapse has already hurt the likes of BlackRock, VanEck and Sequoia Capital, and has severely damaged crypto’s reputation in traditional financial circles.

But in cryptoland, the chaos spilled over into the following week. Travis Kling, a traditional hedge fund manager who founded crypto hedge fund Ikigai in 2018, took to Twitter on November 14, admits that a “vast majority” of the firm’s funds stuck on FTX.

In a passionate descent of the industry he joined four years ago, Kling added: “I am at a loss for words for the depth and breadth of the s*** that permeates crypto.

“So many fucking sociopaths were given the opportunity to do so much damage.

“It’s hard for me to imagine the place recovering quickly from this ordeal. Too many were burned too badly.”

BlockFi, Voyager and Celsius all take a hit

Other big losers from the crisis are crypto exchange BlockFi, which FTX bailed out earlier this year. BlockFi has frozen withdrawals and says they will not be able to conduct business as usual.

On November 14, the company said in a statement that it was “deeply saddened to see the devastation pouring out” across the industry and that it was evaluating its options. It said it has engaged lawyers in Hayes and Boone, and financial advisers in BRG to help it determine its next steps.

Elsewhere, Galaxy Digital said it had $76 million on FTX, according to a Nov. 9 statement.

Coin sharesEurope’s largest crypto asset manager, said on November 10 that despite pulling funds in the past week, exposure to the FTX exchange was still more than a tenth of the firm’s net asset value, at £26m.

Crypto hedge fund Galois capital admitted that almost half of the assets were tied up in FTX. The news was first reported by Financial Timeswho estimated the damage to be around $100 million.

Bankruptcy crypto lender Celsius (remember them?), said on Nov. 11 that it had 3.5 million tokens of the serum cryptocurrency on FTX, plus about $13 million in loans to FTX-affiliated trading company Alameda Research.

Singaporean crypto exchange Crypto.com said on Nov. 14 that it had about $10 million in FTX at the time of the collapse. CEO Kris Marszalek has also moved to ease concerns about the financial health of the company in recent days.

American broker Genesis Trading said Nov. 10 that it has about $175 million in locked-up funds on FTX.

“Genesis has no material exposure to FTT or other tokens issued by centralized exchanges,” the firm said the day before.

FTX won an auction for the customer accounts of bankruptcy exchange Voyager Digital in September, but it turns out that the agreement was not completed. Voyager said on November 11 that it had reopened the tender process.

Our favorite stories from around the web

The New York Times interviewed Bankman-Fried himself, in which he said he expanded too fast and failed to see the warning signs.

The FTX crisis has led several other exchanges, including Binance, to offer more transparency measures, reports say Quartz. It’s the same Binance that UK joint venture partners alleged had made “grossly inaccurate” filings earlier this year, according to Financial Times.

As if matters couldn’t get worse, FTX was reportedly hacked for hundreds of millions of dollars in the hours after it filed for bankruptcy. The cable reports on the race to catch the thieves.

In non-FTX related news, Oliver Wyman is being paid nearly £400,000 by the Bank of England to conduct a review of the bank’s approach to digital innovation, and put together a “digital strategy” going forward.

The consultant also won a contract to digest a 60-page paper on the central bank’s digital currencies for the bank, and put together a report on it. Cheap, at £32,000.

To contact the author of this story with feedback or news, email Alex Daniel