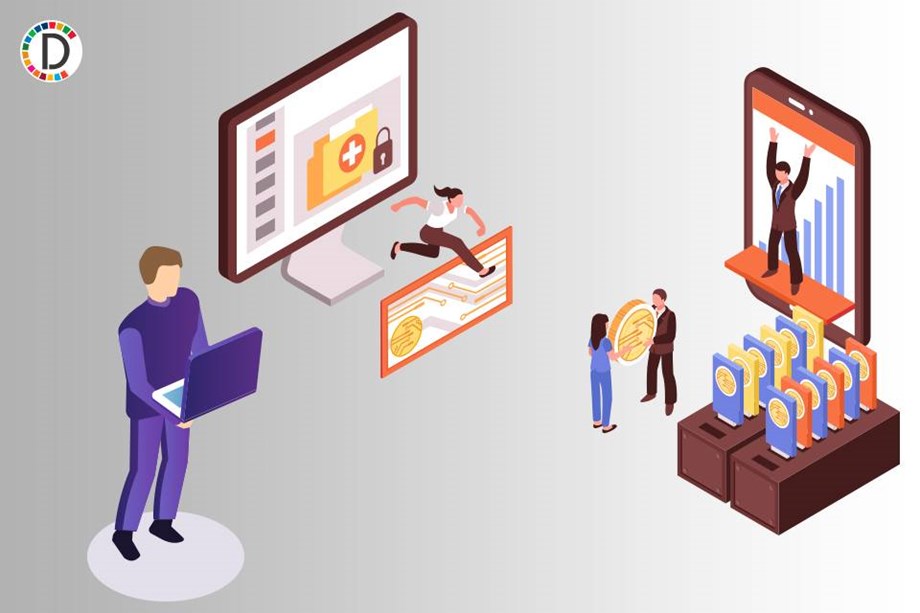 Lucknow, Uttar Pradesh, India (NewsVoir) Web3 is not just a new foundational layer of the World Wide Web, it is a fundamentally new approach to corporate governance, value creation and stakeholder participation with paripassu interests. It provides an opportunity where people are not just products or beneficiaries of technology-driven business models, but builders and owners of digitally unique assets. Wortheum Ad Network will become the architect behind the global revolution in the world of advertising through Web3 and with the help of blockchain technology. Now is the time for web3 and the future is decentralized advertising. – Ashutosh Singh, Managing Director, Wortheum. Wortheum Ad Network Platform is the unique revenue model for wortheum platform users while creating a P2P economic model for Worth coins. Lucknow/Delhi, 24 November. The Wortheum Ad Network which is the first of its kind in web3 is now officially launched. Speaking on the occasion, Ashutosh Singh, CEO, Wortheum said that Wortheum Ad Network will be the architect of the global revolution in the world of advertising through Web3 and with the help of blockchain technology. Now is the time for web3 and the future is decentralized advertising. He further explained that when we talk about Web2, there is a strange maze of ads in web 2 not only for those who watch advertisements but also for those who buy and promote ads. It is known that the entire ecosystem of advertising is based on a few large Internet companies, which retain a large part of the benefits of both the advertiser and the user of the ad. Small businesses in advertising are also no exception to this because they are also centralized, this simply means that the majority of your advertising revenue goes directly into your pocket and this sometimes creates a strange situation in the media and marketing strategy. Not only monopoly, but web2 users also face the problem that many times social media platforms also sell user data to advertising companies, which disturbs their privacy and marketers use their personal information. After the advent of Web3, this entire advertising ecosystem is about to change completely. The solution to changing advertising culture is now available in web3’s decentralized advertising network. This ad network is based on Delegated Proof of Stake blockchain news platform and also powered by the news network. The biggest advantage is that the advertiser does not have to worry about their ad being restricted or removed from the platform without any reason because all the advertising based activities are done on this platform. Only the administration of the ad network will approve and monitor the ads without taking any advertiser identity, which simply means that the quality of the ad will determine whether they are good enough for mass user viewers or not. The users of this decentralized advertising network which is based on blockchain technology also have an advantage that the blockchain technology does not store the personal data of its users. Not only this, but there are no fake or bot accounts in this decentralized news network, and the advertiser has an advantage that the person seeing his ad is actually a human and not a computer bot. Vishal Verma, CTO of Wortheum Given some technical details about Wortheum’s ad network, said that this network works in such a way that WortheumBlockchain will issue its coins to its users, who are journalists or newsreaders, and placing ads on wortheum’s news platform or news network must the ad user buy coins from the exchange or users who earn these coins to spend their time creating or curating news from around the world. Coinstore exchange is the suitable place to buy the wortheum coin to place the ads in the wortheum ad network as most users sell their coins directly to exchange. Advertisers pay the wortheum ad network by buying coins bought in the market and thus indirectly distribute profits to all active network participants. This will be a better experience for all the journalists and users of Wortheum. Advertising directly affects the price of the coin as the ad network received Wortheum coins (WTH) as payment to the Wortheum ad network will be burned from time to time, which will reduce the supply and increase the demand for the coins. Dr. Sindhu Bhaskar, Advisor to Wortheum, Chairman, EST Global Inc and CIC, MIT, Cambridge, USA on the occasion of the launch of Wortheum Ad Network said Wortheum is the Web3 based journalism platform where news stories are created by us and then curated by readers with the consensus model to the blockchain. The result is the real and true news for everyone and the contributor is rewarded with Wortheum coins. He further stated that now Wortheum has come up with the Wortheum Ad Network Platform. This is the unique revenue model for the Wortheum blockchain and its users while creating a P2P economic model for Wortheum coins. Ads are going to be published against Wortheum coins. Either Wortheum coins are purchased from the exchange, or holders of Wortheum coins that canvas ads from customers can sell their own Coins to facilitate publication of the ad. This is the true decentralized model with the highest level of trust.

(This story has not been edited by Devdiscourse staff and is automatically generated from a syndicated feed.)