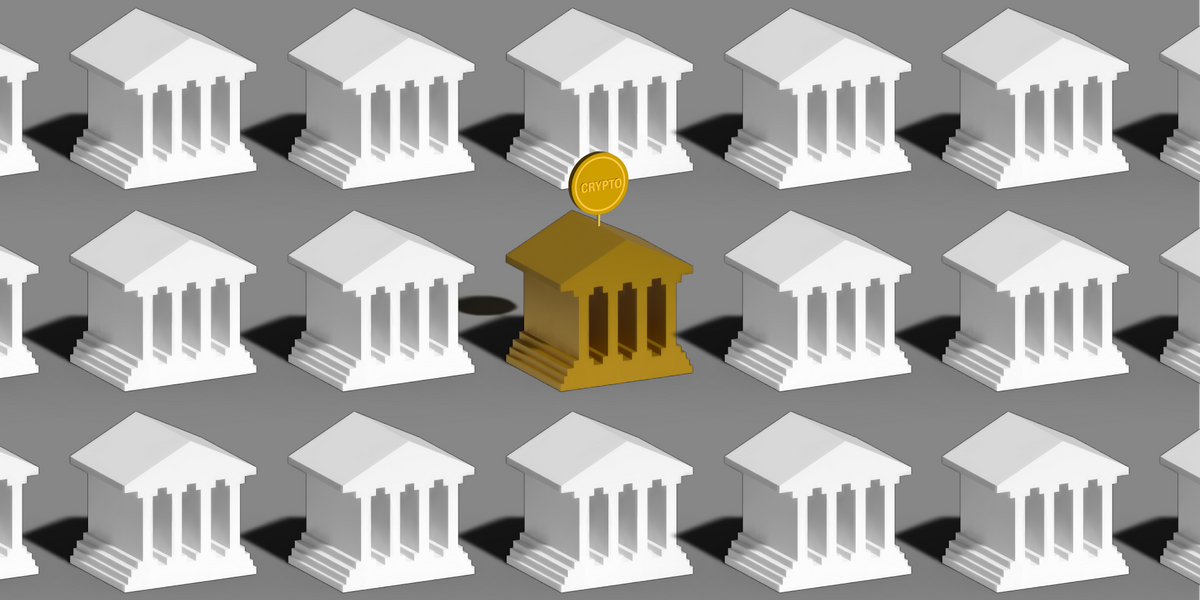 Good morning, and welcome to Protocol Fintech. This Wednesday: the possibility of crypto infrastructure, Coinbase’s “COIN” documentary and SushiSwap’s plans to reorganize for more legal protection.

As people loved to remind me when I took this job, I’ve argued against the term “fintech” itself. My main beef is that all modern finance is deeply technological. The latest evidence: JPMorgan Chase’s plans to add thousands of engineers even as the economy softens. Citi has also discussed its technical hiring plans. If a fintech startup is to be worth that label, it needs to show that it is far better at the “tech” part than the giants in the “fin” game.

Despite a slowdown in crypto markets, several large institutional investors are seeking to invest in crypto. One factor holding them back, however, is the lack of the kind of infrastructure they are used to in established capital markets. That is changing, as the technology infrastructure for crypto begins to mature in areas ranging from security to data.

One area that is being developed is crypto trading. Trading as a service is emerging, with APIs and other products that developers and companies can use to set up crypto trading for their customers.

Big banks have a long list of reasons not to go deep into crypto. These include accounting, risk, security and regulatory concerns as well as a desire for more mature technology.

Competition in the sector is intensifying. There is already a wide range of services for institutional customers to make use of.

“The convergence we’re seeing in the industry is that people are moving up and down the value chain, because competition has increased,” said Sara Xi, chief product officer at Prime Trust. “So the more you cover in the value chain, the more sources of income you have.”

A version of this story first appeared on Protocol.com. Read it here.

A MESSAGE FROM ALIBABA

Alibaba—a leading global e-commerce company—is a particularly powerful engine for helping American businesses of all sizes sell goods to more than 1 billion consumers on its digital marketplaces in China. In 2020, US companies completed more than $54 billion in sales to consumers in China through Alibaba’s online platforms.

Crypto legislation has stalled. Efforts to overhaul federal digital asset regulations have “all but evaporated” ahead of the midterm elections.

A fund linked to bankrupt Three Arrows Capital moved hundreds of NFTs to its liquidator. More than 300 NFTs were moved out of a crypto address linked to Starry Night Capital, the NFT-focused fund launched by the co-founders of the now-bankrupt Three Arrows, Bloomberg reported. Teneo, the hedge fund’s liquidator, confirmed the move was part of its bid to take control of Three Arrows’ assets.

Mastercard has launched a new crypto tool for banks. Called Crypto Secure, the system uses AI to determine the risk of crime associated with crypto exchanges on Mastercard’s payment network. The service is powered by CipherTrace, which Mastercard bought last year.

The CFTC served the Ooki DAO through a bot helper and a forum post – and the courts are cool with it. A federal judge in California found that the Commodity Futures Trading Commission acted properly in filing its charges against the decentralized autonomous organization through an online forum.

Coming soon to a (home) theater near you: Coinbase. CEO Brian Armstrong shared a trailer on Twitter for “COIN,” a documentary that will be released Friday about the history of the exchange and crypto.

Is Coin base easing pressure for a single digital asset regulator? “We very much support two measures, one in the House, one in the Senate, that would give the CFTC spot authority,” Kara Calvertthe crypto exchange’s head of US policy told Decrypt.

SushiSwap is considering overhauling its legal structure to give DAO members more protection. “Simply calling an unregistered group of individuals who vote on governance for a DAO is not going to fly, and that is what the latest lawsuits are aimed at.” the group’s newly elected “head chef” Jared Gray wrote on the organization’s Discord.

Barnett worked as an engineer for the National Security Agency for a decade before starting his career in the technology industry focusing on payment software and fintech. He joined Bluefin in 2011.

What was your biggest professional mistake?

Early in my career, when I was CIO at Nova (now Elavon), we created some really great technical payment products to connect companies to Nova over the internet in a secure way for transaction processing. This will eliminate telephone charges for dialing or the need for a dedicated circuit. The problem was that they were too complicated for the sales team to understand, so they couldn’t sell it because they didn’t know how. My lesson here is that no matter how great you think something is, if you can’t sell it, it has no value. Don’t spend the resources and expense to build a solution if you don’t have an effective strategy to sell it. It is important to make sure that you have a marketable offer that is not too complicated.

A MESSAGE FROM ALIBABA

Using economic multipliers published by the US Bureau of Economic Analysis, the NDP estimates that the ripple effect of this Alibaba-driven spending in 2020 supported more than 256,000 American jobs and $21 billion in wages. These US sales to Chinese consumers also added $39 billion to US GDP.

Thanks for reading – see you tomorrow!