What services and efficiencies can blockchain deliver to businesses? That was the main question various academics and Bitcoin SV (BSV) entrepreneurs answered at today’s Blockchain in Business event in Sydney, Australia. The most important issues, the speakers agreed, centered around keeping verifiable records on a permanent and reliable ledger – one that must have the ability to scale to meet the Big Data world needs.

The “universal ledger of truth” concept is familiar to the BSV blockchain industry. Using the world’s first blockchain, Bitcoin, its developers have proven that it has the ability to record and process as much data as the network can generate. As it continues to scale and absorb more applications, BSV will create new efficiencies by automating data collection, creating new economies of micropayments, monetizing data and providing easy auditing.

If any of the presentations are of particular interest, a recording of the full one-day event is available here.

How to get companies on board

Challenges the industry must face include convincing the (non-blockchain) business world of its benefits and creating simple onboarding for business and consumer users that does not require technical knowledge or costly integration processes. It must also demonstrate that the technology is rock-solid secure and show why an open and public blockchain network is superior to any “private blockchains” that have lured newcomers in the past.

“The business will operate on the blockchain,” host Eli Afram said in his opening lines. It’s a logical conclusion based on blockchain’s almost 100% uptime and a guarantee that time-stamped information cannot be deleted once recorded. Errors can be corrected with new information, but BSV applications will always keep an auditable record of who changed what and when. Afram is also the founder of AnonSurvey, a user-friendly interface for creating surveys with applications for both business and government. He described it as similar to a transparent ballot box where one could see all votes, including their own, and prove their authenticity without necessarily knowing the final result or who voted for what. The results of such a survey/election can be counted within seconds of the conclusion of the poll, and the results can be audited and analyzed years into the future.

The ability to make data secure while maintaining confidentiality when required is a major challenge in the world of Big Data. BSV does this with the ability to encrypt and decrypt data based on permission levels and, more recently, with bleeding-edge Zero Knowledge Proof (ZKP) protocols. This solves a significant problem that big data users can have with public/open blockchains.

Other speakers showcased various applications that all meet the data needs mentioned above. Some will be attractive to data collectors and evidence, while others have a more social media friendly face and are designed for ordinary people. In a refreshing break from most “crypto” conferences, most speakers focused on Big Data applications and did not mention speculative digital asset trading, which for years has created an undue amount of hype and scandal for the wider industry.

James Belding from Tokenized showed how various permitted business functions can be integrated into a single interface. The company’s “tokens” aren’t the kind you should, or even could, trade on markets — they’re things like voting rights, ownership records, and due diligence requirements.

“We can usher in true automation across the board,” Belding said, in addition to eliminating data silos and reducing fraud. 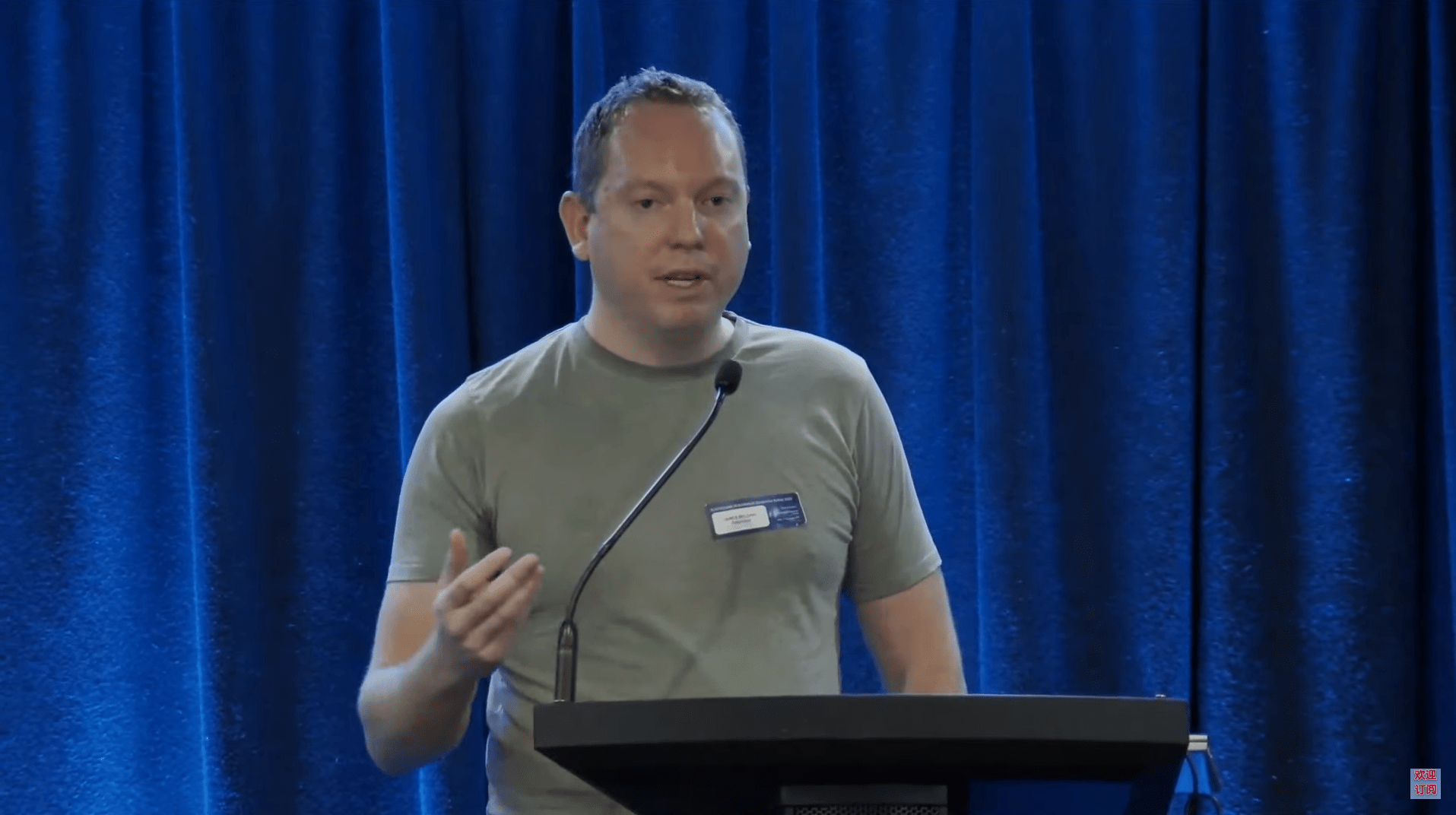 His highly detailed presentation covered a lot of ground, showing how parties to contracts can sign a “master agreement” that defines components and inputs. It would set the rules for managing, freezing, confiscating or removing digitized assets, set oracles to determine automated outcomes, and set permission levels. Tokenized’s main advantage is to simplify (and “malize”) these processes and make them accessible to everyone while maintaining levels of legality and security that will satisfy both regulators and courts.

Elas founder Brendan Lee continued in this vein with a talk on BSV’s Metanet Protocol, a data structure protocol that enables new ways for information to interact on the blockchain’s transactional data recording model. He mentioned DAGDA Tools, also known as the Directed Acyclic Graph Data API that turns packets of raw data into transactions, a “second layer DAG overlay” that anyone can use to create Metanet-based applications, some of which Elas is already deploying today.

Paul Chiari of Metastreme and Daniel Keane of PredictEcology represented the big-as-massive side of Big Data, using Internet of Things (IoT) data collection devices that record hundreds of thousands (and many more) of new data records as microtransactions per day. Chiari described some of the obstacles and bottlenecks he has faced with Metastreme and applications like WeatherSV, highlighting the need for scaling that remains fast and cost-effective.

The BSV blockchain can be used for any product or service, Chiari said. The records guarantee data’s veracity and provide an audit trail, creating new markets for a data economy through the “fusion of money and data.” Key to this is SPV, he noted, to ensure that all transactions remain verifiable without each user needing to keep track of the entire Bitcoin blockchain.

Keane spoke about PredictEcology’s efforts to turn all of this into data records that provide real benefits to humanity. While “protecting the environment” has become a buzz phrase, all actions can have serious health and economic consequences that cannot be understood without complete and large data records. 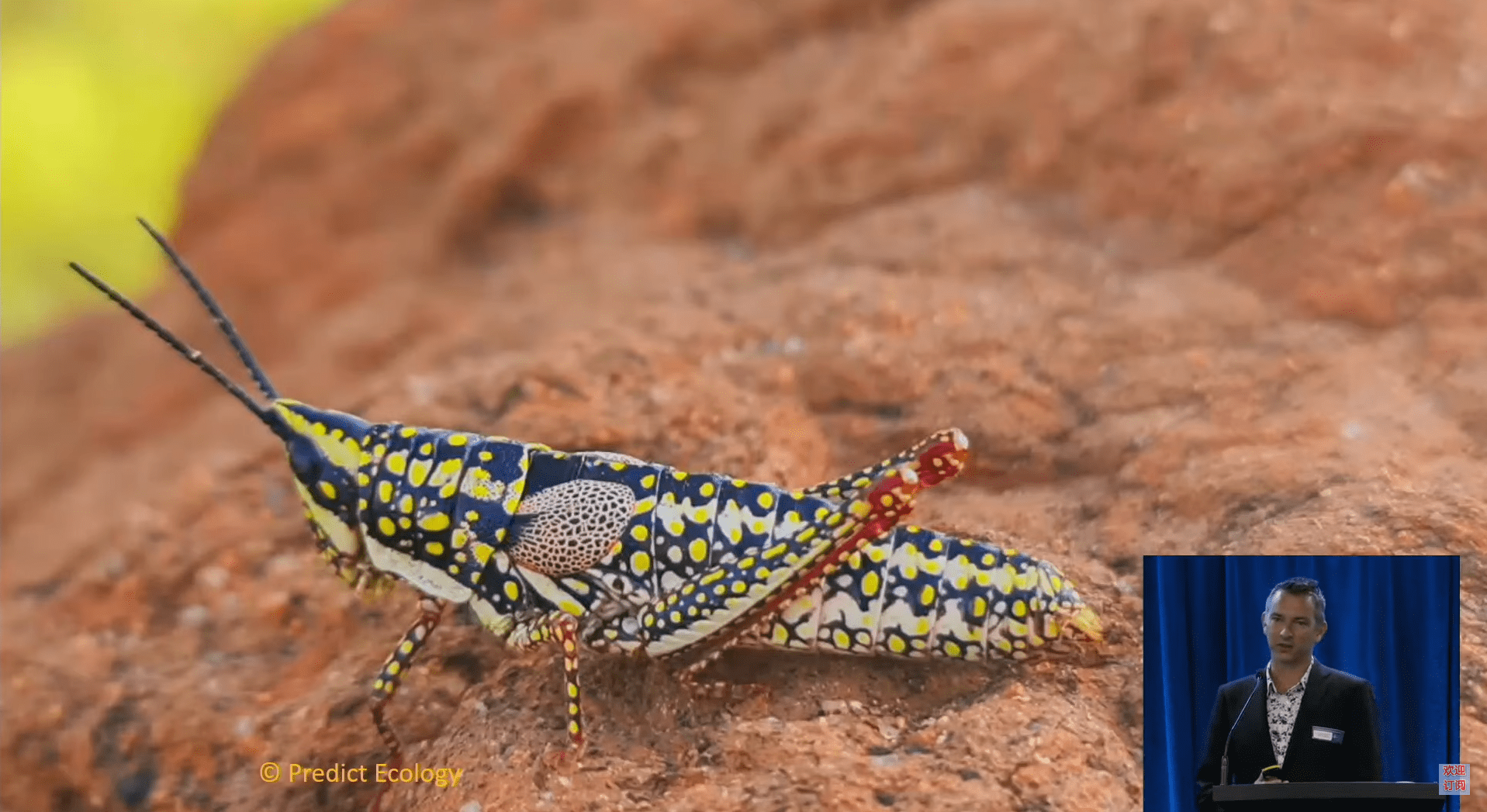 “Everybody’s life is affected by ecological data,” Keane said, and ecology is complex. A huge amount of work goes into producing environmental impact statements (EIS) for specific projects, he said. But after completion, the data is often “siloed” or locked away in places where potentially useful data remains inaccessible to others. Blockchain adoption means data collectors can retain ownership and even monetize the data they collect, creating new industries.

The value of data also for consumers

LaMint’s Morgan Coleman also talked about data monetization, but of a different kind. LaMint is more of a social network designed to build new revenue streams for social media creators. Using his wife’s career in social media as an example, he noted that while the “creator economy” is worth $104 billion and growing, most of the money flows to platform providers (like Facebook or Instagram) while hardworking creators fight for free to build audiences in hope to advertise for them. Less than 1% of creators are ever able to make a living this way, he noted. LaMint provides nine revenue streams for creators and is working on more. Coleman showed a bell curve of monetization for social content, saying LaMint is targeting the top 20% rather than just 1%. Another advantage is to perform small/microtransactions and send instant payouts. Users will soon be able to turn these instantly into cash via LaMint’s BSV debit card.

There is also a value for some non-monetary data. Michael Choi of MyFabula described how his application records users’ entire life stories, available for your survivors and descendants to examine. The idea came, he said, from visiting cemeteries in outlying towns and noticing how tombstones had become smaller and less detailed over the years. It’s like your whole life turns into a simple plaque and a couple of dates when you’re gone, he said.

MyFabula (based on the Latin word for “saga” or “story”) gives everyone a chance to tell their entire life story, or as much of it as they want to tell, after all, it’s your life. They can use rich media such as video, audio and text to record them and decide who sees what. Some may have secrets or sensitive information about themselves that they still want to restrict for a certain period of time, he said. For this reason, MyFabula has sections like “auditorium,” a “library,” and “memorial hall,” but also a “vault.” 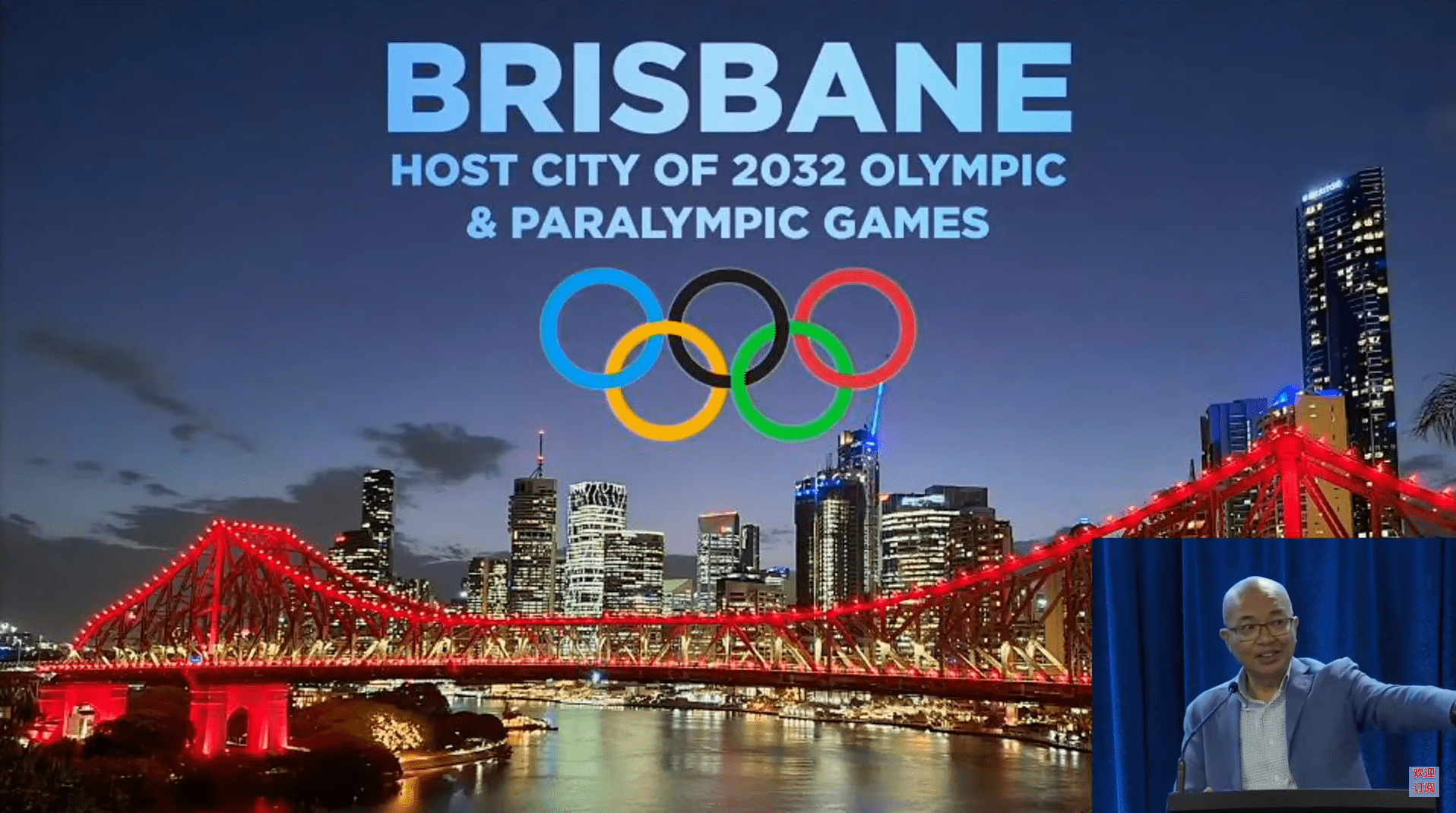 Blockchain in general for the agnostics

Other speakers and sessions took a more general look at blockchain technology and how it can be used in business, as well as addressing some of the current concerns of businesses.

Tim Do of Realbox.io (which actually runs on the Binance Smart Chain) talked about applications in the real estate world, while Macquarie University’s Dr. Cynthia Cai introduced the concept of triple-entry accounting in business. Drs. Sushmita Ruj and Eric Lim from the University of New South Wales (UNSW) spoke about the importance of data proof, both in general and in the world of tokenized assets such as non-fungible tokens (NFT). The audience still seemed to have a strong interest in digital asset trading markets, with Anna Clive from BTC Markets (one of Australia’s oldest and largest exchanges) asking several questions about compliance, taxation and regulation, and how the recent FTX- the collapse may affect activities. 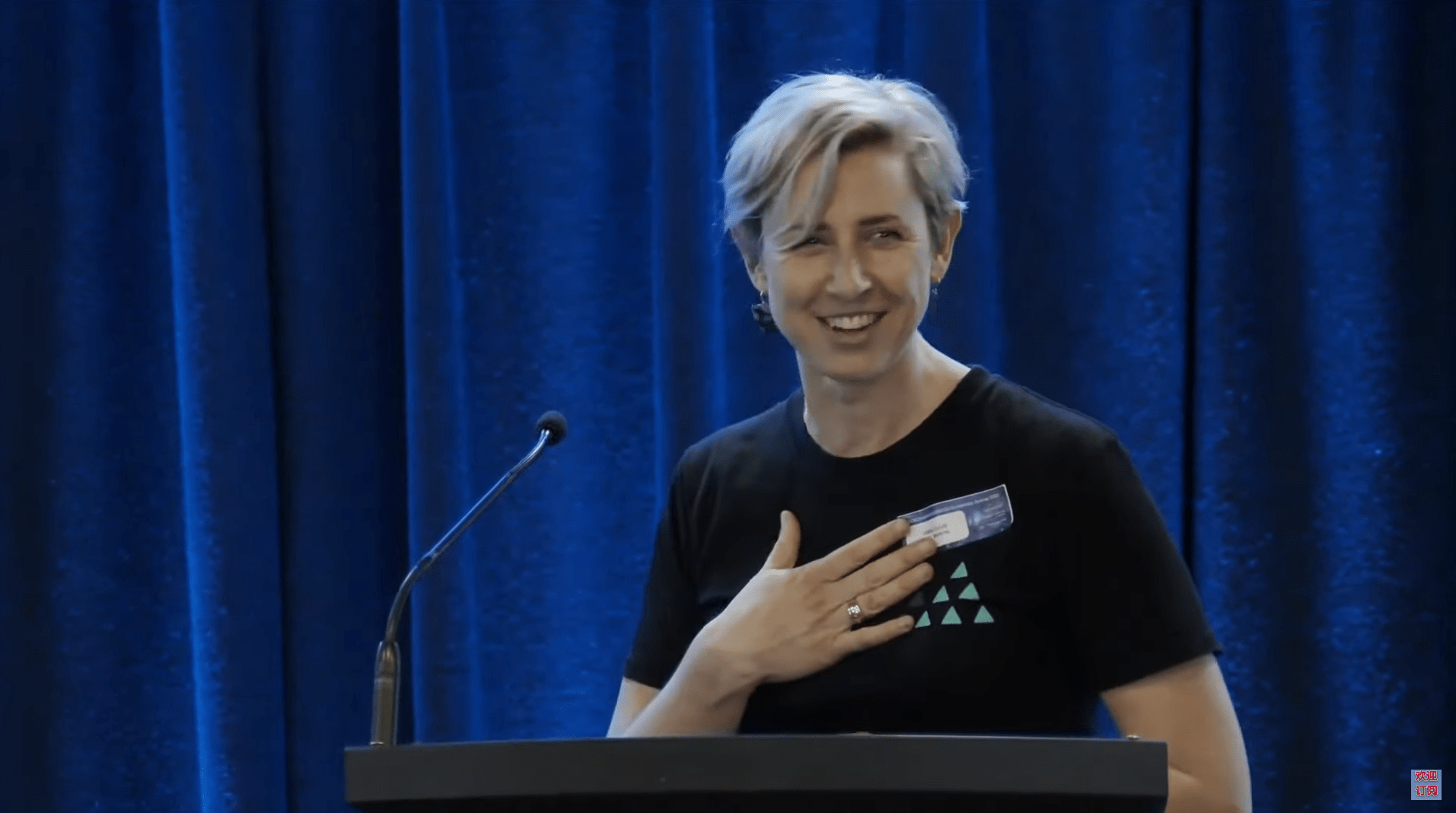 A few noted that the business world and its needs remain conservative, with Macquarie’s Dr Cai describing her work as “very conservative”, involving “very traditional capital market research.” She noted that while many are working with triple-entry accounting systems, some are trying to create entire ecosystems from scratch, and “without users, they’re useless.” Claudelle Taylor of CIMIC represented the construction industry in a panel discussion, saying that industries with high volumes and profit margins need to see real practicality and efficiency gains before joining the blockchain world. Brendan Lee urged those working in the blockchain industry to avoid the public rhetoric surrounding Bitcoin and speculative digital asset trading, saying “it’s a sideshow, a bit of a carnival, really.” 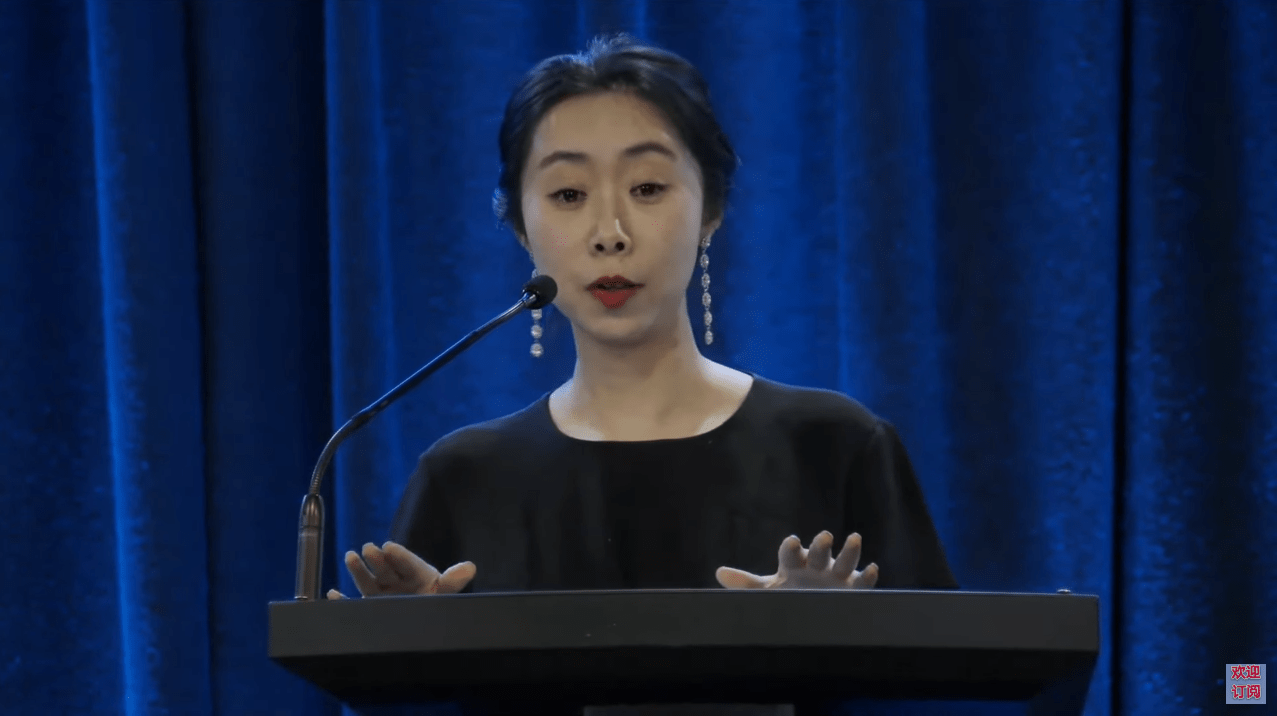 Overall, the event described a cautious but optimistic business environment for blockchain, with mainstream users interested in learning more but still unsure of the best ways to participate. Events like this, which the Australian BSV intends to hold regularly, will hopefully bring in new users by showcasing benefits and how to make them more user-friendly.