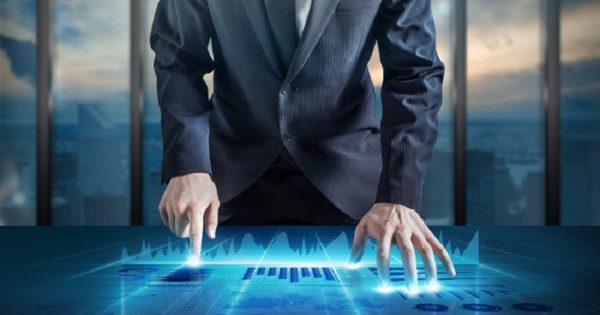 Augmentum Fintech ended the six-month period to 30 September with a “disappointing” share price, according to chairman Neil England, as shares ended the half at 92p, 30% lower than on 31 March.

Net asset value (NAV) per share, which Augmentum calculates after the performance fee, fell slightly to 155p in the first half of the year, leaving the trust trading at a significant discount. The company bought back 1.75 million shares during the half year at a discount of 25% from the NAV figure on 31 March.

Augmentum’s share price has seen some dramatic highs and lows through 2022, and is down more than 35% year-to-date at £1, despite a strong 16% rise since 22 November.

The trust received a cash boost of £42.8m during the six months, when Abrdn’s acquisition of long-term stake Interactive Investor completed in May.

A fifth of the portfolio, in terms of net asset value, was in cash and other assets as at 30 September: a substantial sum of £57m. Only digital banking and lending companies make up a larger share of NAV, with 30%.

As a result of the delisting of Interactive Investor, the value of Augmentum’s investments fell from £269m on 31 March 2022 to £234m at the end of September. It was fortunate enough to see a £9m gain in foreign exchange, which offset the £7.4m loss of assets through investment results.

The top 10 holdings, which make up 76.6% of the portfolio, increased in value by £6.4m over the period to £179m. Only £74,000 of this figure can be attributed to investment results, with stakes in Intellis and Cushon providing the most returns.

Tech stocks have had a difficult year compared to the peaks of 2020-21, with portfolio manager Tim Levene noting that the market environment has forced a “flight to quality”. The company invested just £7.7m during the half year, down from £34m in the same period last year.

The only new holding was a £4m stake in Israel-based payments innovator Kipp. Apart from that, it made follow-on investments to support Previse (£2m), Habito (£0.7m) and Wayhome (£0.2m).

Levene said: “Despite the macroeconomic challenges, we are very positive about fintech’s future potential. The industry will continue to eliminate friction, improve user experiences, expand access and reduce costs. We are only part of the first phase of history.”

Chairman England added: “The fintech market offers a significant opportunity for further growth as technology and business models implemented now become de facto operating standard across the financial industry. It is already growing rapidly, but the penetration level of traditional financial services is still very low in most cases.”

He said the board remained confident that the long-term investor would be well rewarded.