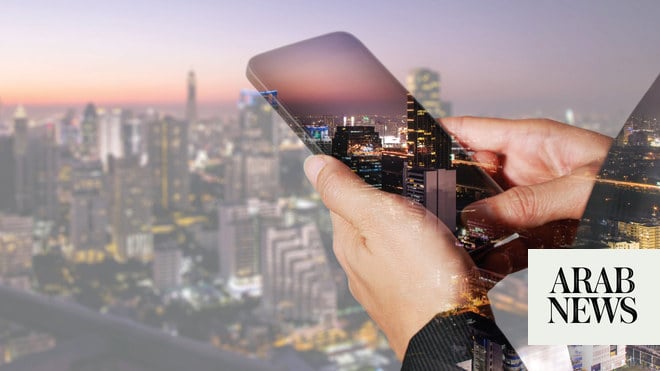 CAIRO: Saudi Arabia is laying the groundwork for a business opportunity that could change the kingdom’s fortunes, a far cry from the business frenzy surrounding the FIFA World Cup in neighboring Qatar. Over the past few months, the banking sector has invited a number of financial technology companies that could not only offer digitization benefits to their customers, but also strengthen the economy with better spending opportunities.

One of the latest players to join the wave is India’s financial technology enabler M2P, which is expanding its regional footprint by offering financial solutions in Saudi Arabia by 2023.

Founded in 2014, M2P provides fintech companies, banks and financial institutions with the right technology solutions to enhance their financial services.

In an exclusive interview with Arab News, Madhusudanan R, founder of M2P, said the company is entering the Saudi market after seeing massive growth in the fintech sector.

“We were able to support many companies with our products and I think we will be able to do the same in Saudi Arabia,” said Madhusudanan. We are present in approximately 20 markets; we serve 700 fintech companies, 100 banks and 120 non-bank financial institutions. India is our biggest market with over 400 fintechs.

He added that the company will launch in the Kingdom by the end of January 2023 and announce some of its partnerships.

Many regional companies have recognized Saudi Arabia’s growing fintech sector as more players have expanded their operations into the country.

UAE fintech startup Pemo also plans to launch its services in Saudi Arabia by 2023, in addition to YAP, another Emirati fintech that expanded to the Kingdom in July.

The Saudi Central Bank, also known as SAMA, has also been pushing for digital transformation as the country plans to enable open banking in the first quarter of 2023.

India’s M2P first started its expansion in the UAE, where it established a regional headquarters to cement its presence in the Middle East.

The company later started attracting customers from different parts of the region as it currently serves companies in UAE, Qatar, Bahrain, Egypt and Saudi Arabia.

Madhusudanan explained that the company has over 900 customers worldwide, with around 20 current customers from the Kingdom.

“We are present in around 20 markets; we serve 700 fintech companies, 100 banks and 120 non-bank financial institutions. India is our largest market with over 400 fintechs,” he added.

The founder also explained that M2P can easily reach over 50 customers in Saudi Arabia in the next year because it is a financial technology that enables and does not require licenses from the central bank or the government.

“Although it has not yet been officially announced, we have already started working with several banks and companies in Saudi Arabia as we have big plans for the market,” he added.

The company is in talks with three to four banks and around 14 fintech companies in Saudi Arabia that want to use M2P’s platform.

“Hopefully, we will be able to contribute to Saudi Arabia’s Vision 2030 to make the Kingdom one of the most activated fintech ecosystems in the region,” Madhusudanan added.

M2P aims to provide Saudi companies with all of its 25 financial solutions ranging from payment, buy now, pay later and banking services.

In addition, the Kingdom has witnessed massive changes in its payments sector as Vision 2030 aims to increase the share of non-cash transactions to 70 percent by 2025.

The strategy also aims to increase the sector’s contribution to gross domestic product to $3.46 billion by 2030.

Global digital payments firms such as Visa and Mastercard have also recognized the changes in consumer payments, with both companies agreeing that the Kingdom has witnessed one of the highest contactless payment growth curves in history.

Last month, Visa also announced the establishment of its innovation center in Riyadh to provide access to payment technologies.

“Payments made via smart devices by individuals at point-of-sale terminals increased by 282 percent in 2021,” the financial sector’s development plan says.

Madhusudanan explained that fintech startups could easily launch new payment offerings with their solutions that have already laid the foundation for easy integration with banks.

The company was able to process over $10 billion in transactions through its solutions as well as serve more than 35 million end customers.

M2P has been well positioned to cater to fintech companies with the right solutions. The company received a total of $110 million in funding, with the latest fundraising of $20 million announced in January 2022.

Madhusudanan stated that the company is currently valued at $620 million to invest its money in expanding its regional footprint.

The company reached profitability two years ago but decided to sacrifice its positive cash flow to reach more customers and expand its customer base as it plans to return to a green balance sheet by next year.

“Now we are focusing much more on growth, we have also acquired many companies and therefore we have to compromise on profitability because we have hired many team members and we are going to new markets,” explained Madhusudanan.

He added that the company currently has an office in Riyadh and is adding 10 more members to the team by next year.

The company is not yet considering going public, but Madhusudanan said, “we will think about doing that, maybe sometime in the next three or four years.”