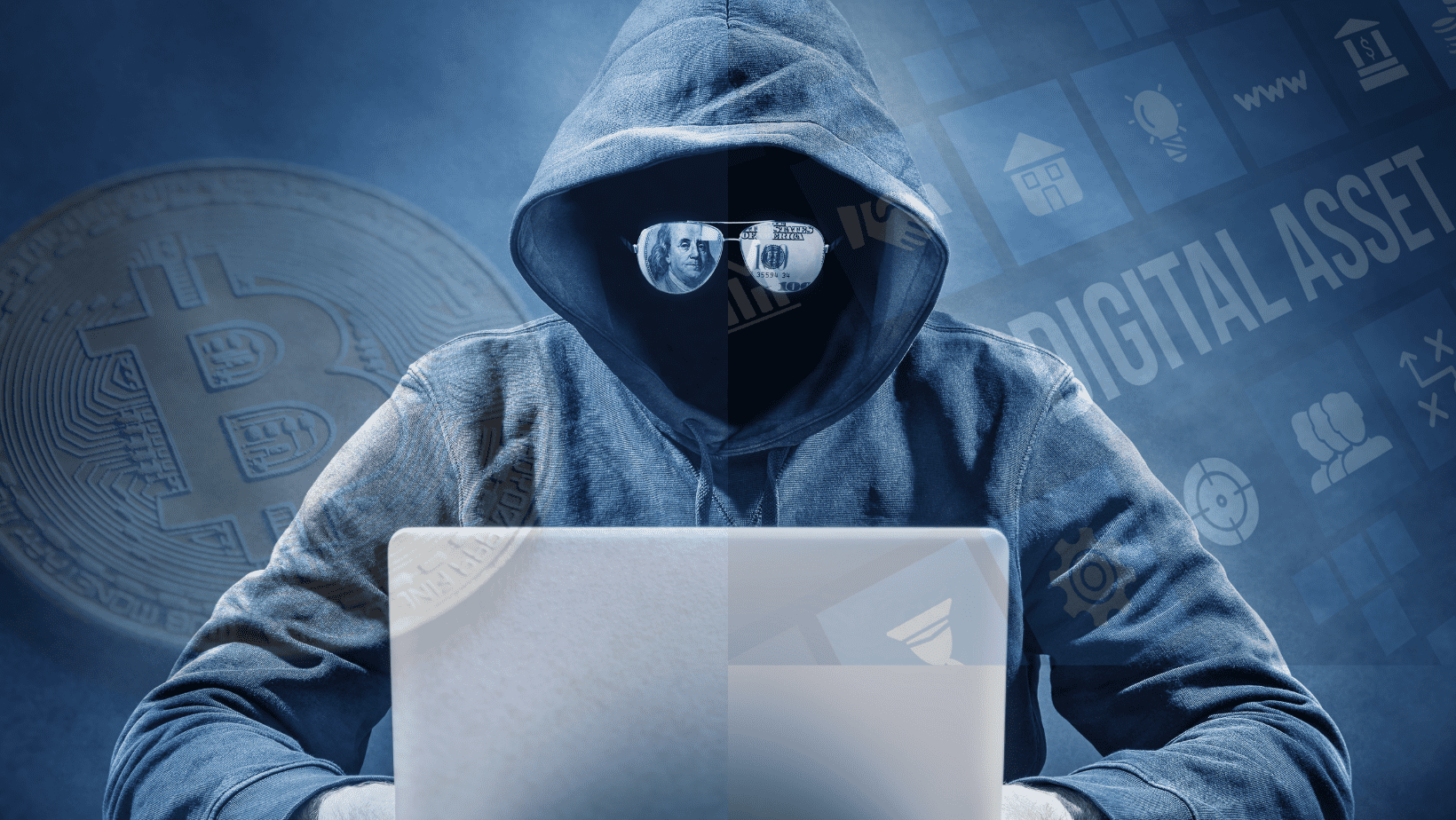 Over the past few years, as major cryptocurrency exchanges and trading platforms have fallen victim to hacks or other fraudulent schemes, the number of exchanges and platforms placed into insolvency proceedings has increased. And the recent crash in crypto prices has already led to the insolvency of a number of crypto companies, including Voyager Digital and Three Arrows Capital.

At first blush, insolvency representatives may believe that tracing and recovering digital, intangible assets will be significantly more difficult than tracing ‘hard’ assets. However, because most crypto asset transactions occur on the public blockchain, for those with technical knowledge and a comprehensive understanding of international legal tools, it is actually easier to track crypto fund flows and maximize the prospect of recovery. For example, a painting stolen by a talented thief who leaves no trace may be lost forever, but a fraudulent Bitcoin transaction between exchange-based wallets may lead investigators straight to the fraudster. The rise in crypto-insolvencies presents unique opportunities for insolvency representatives and crypto-savvy creditors to execute strategies – drawing on cross-border insolvency laws, other asset recovery tools and government forfeiture programs – to improve their prospects.

Conceptually, cryptocurrency tracking is not much different from asset tracking in general. The idea is to “follow the money” – from the current transaction or point of origin to where the currency is now. First, one identifies the wallet address(es) where lost or stolen assets either originated or ended up, or identifies a transaction hash related to the lost assets. The next step is to trace the flow of funds across the blockchain, which may require the use of forensic software that allows an investigator to trace the movement of the funds, including any stops along the way.

In the ideal scenario, the stolen assets will end up in one wallet or multiple wallets linked to one person or entity. Although wallet addresses are pseudonymous, if a wallet is hosted online by an exchange, KYC information may identify the wallet holder linked to the relevant funds. Then, a lawyer able to utilize legal tools in the jurisdiction where the money ended up can use the legal process to target the real-life wallet holder and recover the assets.

Ultimately, as suggested earlier, the loss of crypto-assets may actually make it easier to recover those assets compared to “hard” assets. Unlike a situation where the trustee is trying to track down a yacht that’s hidden in another jurisdiction, here all cash flow happens on an online ledger that the trustee can access from her computer.

Cross-border insolvency laws, and in particular the UNCITRAL Model Law on Cross-Border Insolvency, provide robust and effective legal regimes to trace and recover crypto-assets that have been transferred across borders. The UNICTRAL (United Nations Commission on International Trade Law) Model Law gives insolvency representatives quick and efficient access to courts worldwide. In jurisdictions that have adopted the Model Law, once a foreign insolvency proceeding has been “recognised” by the court, the insolvency representative has access to a range of tools and remedies to help identify and recover assets in that jurisdiction. The Model Law has been adopted in the US (through Chapter 15), the UK and a wide range of other important jurisdictions, including most recently Singapore, Brazil and the Dubai International Financial Centre.

The UNCITRAL Model Law enables the foreign insolvency representative to obtain findings and evidence from parties located in the relevant jurisdiction without first having to initiate legal proceedings against those parties. This can be particularly useful given that tracing cryptocurrency through the blockchain often does not lead to identification of the wallet holder. For example, using this power of discovery, the insolvency representative can access KYC information collected by exchanges to which stolen cryptocurrency is traced. In addition, the UNCITRAL Model Law also allows the insolvency representative to obtain “assignment”, which allows the representative to take control of the debtor’s assets in the relevant jurisdiction. Entrusted relief provides an avenue to achieve turnover of stolen assets. It can also be used to force third parties to hand over the private keys of wallets containing stolen cryptocurrency.

Our team at Kobre & Kim LLP have implemented some of these tools in their representation of UK stock exchange Dooga (known as “Cubits” at the time). After losing an estimated $32 million in a cryptocurrency hack by Chinese nationals, Dooga went into liquidation in the UK. Using forensic tracing, we traced the stolen Bitcoin to two US-based exchanges before filing a Chapter 15 case in San Francisco and using discovery powers to determine the identity of the account owners. After persuading the exchanges to voluntarily freeze the accounts, we used freedom of trust to achieve trading of the stolen cryptocurrency. As reported by Discard at the time, the case set a precedent for crypto asset recovery in foreign jurisdictions.

Aside from the UNCITRAL Model Law, there are other insolvency and non-insolvency tools that can similarly help track and recover stolen crypto. In key offshore jurisdictions, including the Cayman Islands and the British Virgin Islands (where crypto exchanges and funds are increasingly being registered), the courts have the freedom to grant relief to the representatives of foreign insolvency proceedings (although the UNCITRAL Model Law is not in effect in these jurisdictions) . There are also powerful asset recovery tools available in jurisdictions that follow English common law principles – including the UK, Hong Kong, the Cayman Islands and the British Virgin Islands. One is the so-called Norwich Pharmacal relief, which enables a claimant to obtain documents and information from a third party pending legal proceedings against a criminal. Another tool is the ability to seek a worldwide freezing order preventing a person believed to have committed fraud from disposing of their assets. In a recent case, the Commercial Court of the British Virgin Islands issued a worldwide freezing order against unknown hackers of a BVI crypto-trading platform, where the stolen assets were traced to an exchange in Croatia.

There are also remedies available under domestic insolvency legislation. Most jurisdictions allow an insolvency practitioner or trustee to bring an action to recover property fraudulently transferred before the insolvency file. And in situations where a third party has the private keys necessary to use and monetize cryptoassets, both insolvency and non-insolvency courts have the power to issue orders forcing the private keys to be disclosed to the trustee. If the third party refuses to comply, the courts have various ways of enforcing their orders, including through contempt penalties which can include significant monetary fines and possibly even an arrest warrant.

Recent US Department of Justice (DOJ) led seizures, such as the February 2022 seizure of $3.6 billion in stolen cryptocurrency directly linked to the 2016 hack of the BVI-based crypto exchange, Bitfinex (the now infamous “Croc of Wall Street”- case ), has shown the interest and capacity of regulatory agencies in recovering crypto-assets.

In many cases it is worth considering whether it would be beneficial to seek the help of a public body to recover wrongful assets. The government’s confiscation power is almost always superior to that of a private creditor or an administrator’s rights. By choosing to present the case to law enforcement, victims can seek recovery of their stolen property and benefit from the government’s jurisdictional reach and discovery resources without the burden of civil litigation. Also, if the DOJ’s prosecution has resulted in a conviction, the government must return recovered crypto assets to eligible victims. In addition, the DOJ’s ability to seek civil forfeiture means that assets can be recovered even if the investigation does not result in a conviction. While DOJ investigations and prosecutions often take time and involve relinquishing some control over the investigation itself, involving the government reduces the cost of civil litigation while expanding the menu of options for seizure and prejudgment freezes domestically and abroad.

Although the United States remains the global leader in crypto asset seizures and continues to increase its commitment to asset recovery, other foreign jurisdictions, such as the United Kingdom and Hong Kong, are also actively looking to develop jurisprudence and increase resources given the growing prevalence of global crypto scam.

Tracing and recovering stolen or misused crypto assets presents a number of challenges, and following the standard asset recovery playbook in this context may not yield fruitful results. Creative and resourceful use of existing legal tools and remedies, available under both insolvency and non-insolvency law, can create a path to realizing recovery for creditors and victims. When crypto exchanges and trading platforms fail and enter insolvency, it is critical for insolvency representatives to quickly formulate a global strategy tailored to the unique characteristics of digital assets.

With contributions by Evelyn Sheehan and Timothy de Swardt.