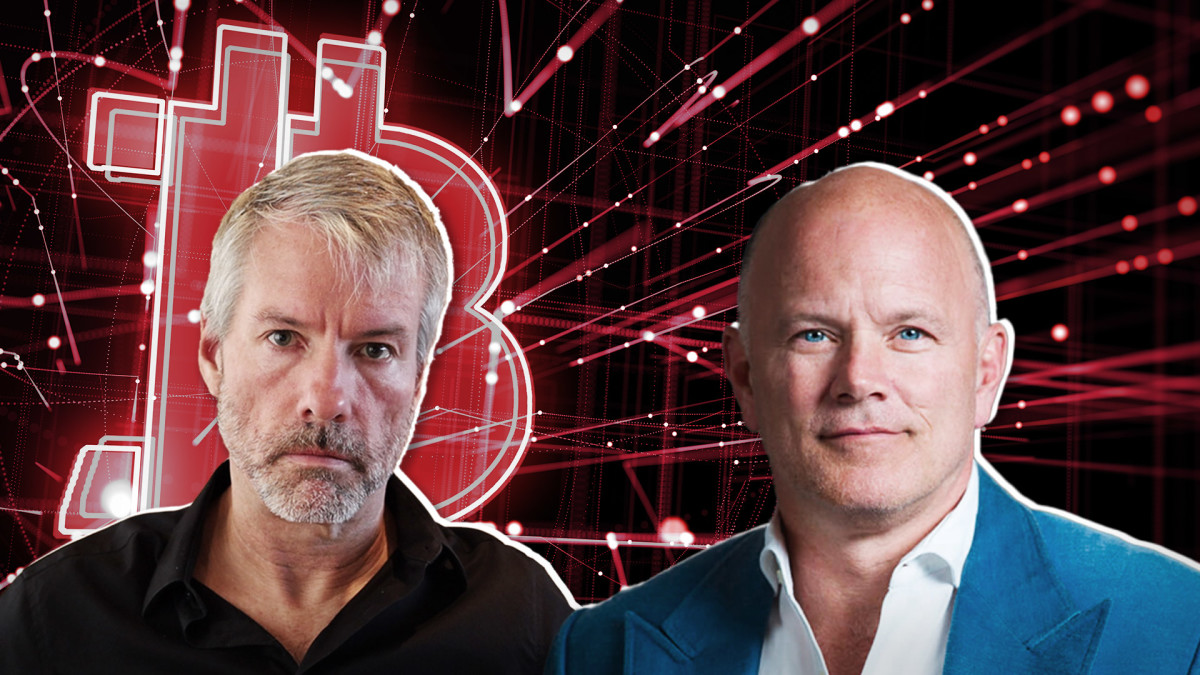 Moments of celebration have been very rare in recent months for cryptocurrency fans.

For the evangelists it was even hell because how to carry the good word when everything seems to be collapsing.

The cryptocurrency market has actually lost more than $2.3 trillion compared to the record $3 trillion reached in November, according to data firm CoinGecko.

Added to this price collapse was the liquidity crisis caused by the fall of sister tokens Luna and UST. This crisis has taken away many major crypto players such as lenders Celsius Network and Voyager Digital who have filed for Chapter 11 bankruptcy. Thousands of jobs have been eliminated, while small investors have lost their savings.

Bad headlines followed bad headlines. And nothing could change since the so-called crypto winter, a long period of price decline, seems to have set in.

But all this was true until the foreign exchange market, the main competitor of cryptocurrencies, started to become the center of attention for investors. And the cause of this brouhaha is the monetary policy of the major central banks to fight inflation at the highest level in 40 years. This stubborn inflation is a headache for households.

But central bank decisions to raise interest rates aggressively are likely to trigger a recession, many experts have warned. Given the uncertainty, investors liquidate risky assets for safe assets like the dollar. The dollar is thus at its highest level against other fiat currencies such as the euro. In recent days, the British pound has fallen to a low against the dollar.

On September 26, the pound was marked as much as 5% lower against the dollar, at an all-time low of $1.0325, extending the declines from last week’s foreign exchange rout that followed a “mini budget” announcement by Finance Minister Kwasi Kwarteng.

That statement, unveiled in the third week of Prime Minister Liz Truss’s new government, included $80 billion in new borrowing – the biggest increase since 1972 – to fund both a planned cap on consumer energy prices this coming winter and tax cuts for the highest incomes in the world’s fifth largest economy.

The case for Bitcoin

The setbacks to the pound and especially the upheavals that rocked the fiat currency market were what cryptocurrency evangelists needed to remind investors that BTC and altcoins are not controlled by any central entity. According to them, this independence is what makes the difference and should encourage investors to choose cryptocurrency over fiat currencies.

“The case for $BTC is playing out every day,” said billionaire and CEO of Galaxy Digital Mike Novogratz. “With mismanagement of an economy trust eventually breaks. And then the local currency is sold off hard. Looting in Turkey, Argentina and now the GBP. $$ is king right now as [Fed Chair Jerome] Powell makes a CB [central bank] should do and $ be perceived as the safest place.”

The former Goldman Sachs investment banker and leading crypto evangelist thinks things are only going to get worse.

“But our deficit is big, and higher rates to stop inflation will only grow that debt pile. While I’m asking our governors in DC to act responsibly, I fear that politics is politics. Populism on both sides is growing. Hard to see things going wrong.” in pieces in the longer term.”

See also  What Happens to Bitcoin When You Die - Bitcoin Magazine

“Boy would the world think differently if crypto price moved what they measured it vs world currency baskets instead of just the USD,” crypto billionaire Sam Bankman-Fried, co-founder and CEO of crypto exchange FTX.com, said on Twitter.

Bankman-Fried, known as SBF in the crypto industry, then posted a chart showing the pound’s fall.

Billionaire Michael Saylor, another bitcoin evangelist, is now reiterating that BTC is good for everyone.

“The notion that #bitcoin is not good for anyone is unbelievable,” MicroStrategy’s chairman.

“The vast majority of public policies create stagflation and there is little you can do to change this. What you can do is buy #bitcoin and work hard to generate income so you can #hodl [hold] until the rest of the world realizes that BTC is the best global store of value,” he added.