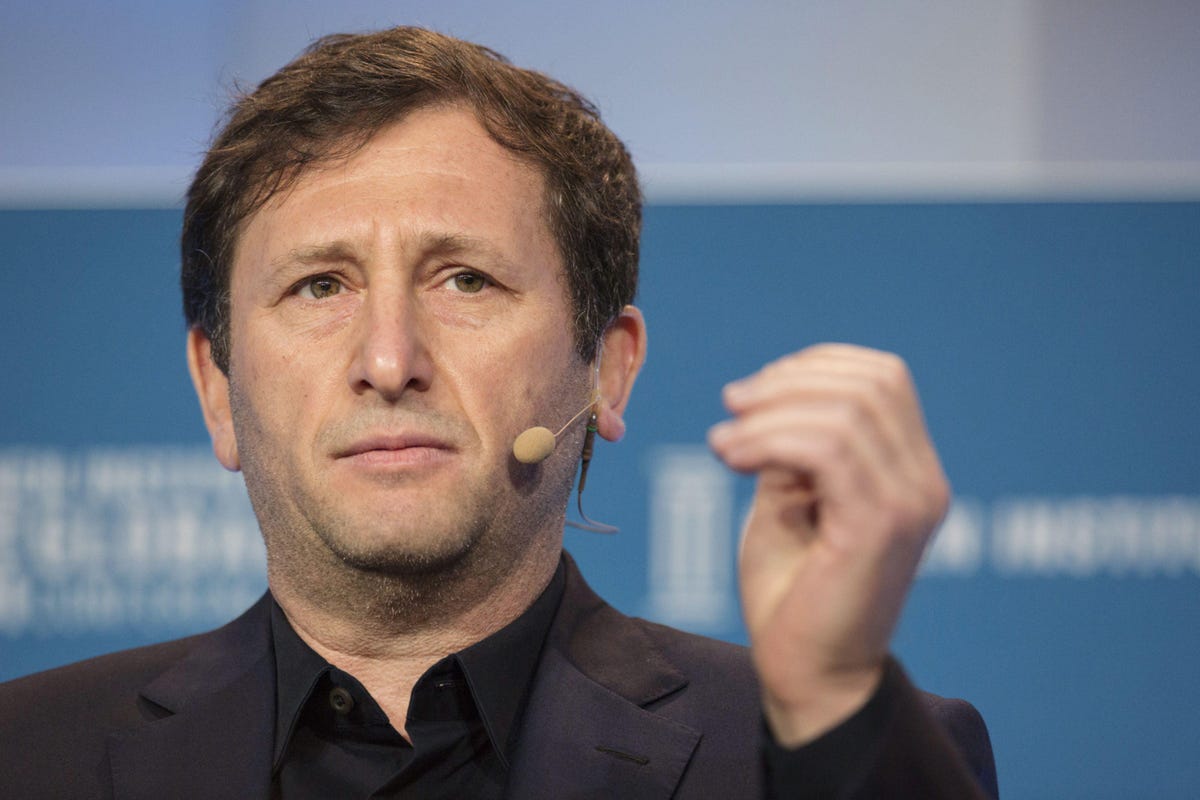 Earlier this month, crypto lender Celsius Network filed for Chapter 11 bankruptcy protection in federal court for the Southern District of New York. The filing was not a surprise to many familiar with the company’s recent news, as it had been more than a month since Celsius halted customer withdrawals due to self-reported and self-described “extreme market conditions.” What alarmed many in the industry, especially Celsius users, is the way the company is likely to handle the frozen funds.

In the lawsuit, Celsius CEO Alex Mashinsky revealed a hole of about $1.2 billion in the company’s balance sheet. As of July 13, 2022, the company had $5.5 billion in total liabilities and $4.3 billion in assets. Celsius said it owes consumers (as opposed to institutional partners) more than $4.7 billion.

A financially distressed company can choose between a few different types of bankruptcy proceedings. Celsius opted for Chapter 11, which generally prioritizes repayments to secured creditors first, then unsecured creditors and finally stockholders. Unsecured creditors are most likely individuals or institutions that lend money without providing specified assets as collateral, or “collateral”, to protect their loan.

While it’s unclear how Celsius and the bankruptcy court will classify Celsius users who have been prevented from accessing their money, Celsius’ terms of service and court filings appear to indicate that users will be treated as unsecured creditors. This raises the question of when and if Celsius’ customers will be able to recoup some or all of their losses. This may well be the subject of heated litigation in the probate court.

Celsius claimed to be as safe as a bank

Celsius held itself out as a safe alternative to traditional banks and promised users high interest rates. Customers can use credit cards or bank accounts to purchase crypto assets. To entice customers to stake their cryptocurrency with Celsius, the company promised returns of up to 20% on deposits, including 8.8% on stablecoins such as Tethers USDT.

Mr. Mashinsky consistently played down the risks associated with these strategies, calling the first claims that the company was in trouble “Fud” (“fear, uncertainty and doubt”).

Many Celsius customers have written to the bankruptcy court arguing to access their money, saying they felt lied to by the company and Alex Mashinsky.

“I watched every single AMA (Ask Me Anything) every Friday since I signed up, and week in and week out Alex talked about how Celsius is safer than banks because they supposedly don’t remortgage and use fractional reserve loans like the banks do,” says Stephen Richardson.

Another Celsius user, Brian Kasper, said “Celsius kept telling people they were better than a bank. Safer, with better returns. As well as telling us they had billions in liquid cash.”

Despite Celsius recently filing for bankruptcy, questions about its risk management procedures had been circulating for years. For example, in June 2021, Crypto Custodian Prime Trust cut ties with Celsius after its risk team expressed concern about Celsius’ strategy of “infinitely re-hypothecating assets.” Since March 2020, Celsius had been using Prime Trust to store assets for some of its customers.

As Scott Purcell, founder of Prime Trust and Fortress.xyz, told me: “In 2020, I took a long look at Celsius and other lending/staking platforms out of professional curiosity. The more I learned about their business models, the more concerned I became. I investigated how they paid such high interest rates. I can certainly understand getting a premium for doing something that the banks stayed away from. I also understand lending (mortgaging) assets to enable people to borrow (margin). It’s a fantastic industry. But that didn’t explain the wide range of interest rates Celsius (and others like them) paid people to lend BTC, ETH and other crypto assets. I read that they didn’t just lend once (mortgage) but that their model was a remortgage; lending out the same assets over and over and over again for juice yield. If true, that was striking, it may or may not be legal (I’m not a lawyer, so not my call), but without a doubt this would be destined to fail as any sharp market move in either direction would be disastrous for such ridiculously exploited business model. And yet people were lining up to send them cash or crypto on this model… madness.”

Not all bankruptcies are created equal

Because Celsius was not a registered broker-dealer, it could file for Chapter 11 bankruptcy protection, rather than under Chapter 7.

Chapter 11 bankruptcy allows businesses to operate while restructuring their finances to pay creditors. Had Celsius been regulated as a securities or commodities broker or filed for Chapter 7 bankruptcy, its only option would have been to liquidate, allowing the court to sell off what assets remained to pay off debts.

Celsius has made efforts to free up as much operating capital as possible. Recently, Celsius freed up more than a billion dollars in crypto assets, mostly in wBTC and a type of ether (ETH) derivative token called stETH by paying off the remaining debt to a number of decentralized finance (DeFi) protocols such as AAVE and Compound.

In its bankruptcy filings, Celsius asked for permission to pay up to $3.76 million in liens and supplier claims, and said it has $167 million in cash to support business operations.

Celsius’ terms of use – if enforceable – could pose problems for customers seeking full recovery of their deposits. The terms state that users transfer “all right and title” to their cryptoassets to Celsius, including “ownership rights” and the right to “mortgage, pledge, mortgage, rehypothecate, sell, lend or otherwise transfer or use” any amount of such crypto, either “separately or together with other property,” “for any period of time,” and “without retaining in Celsius’ possession and/or control a corresponding amount of [crypto] or other money or property, and to use or invest such [crypto] at Celsius’ sole discretion.” Celsius has written in court filings that customers transferred ownership of cryptoassets to the company, making those customers unsecured creditors.

Had Celsius been a bank, deposits of up to $250,000 would have been insured by a federal agency. Users of a broker-dealer will be insured for up to $500,000 in securities and cash by a separate body, SPIC.

In September 2021, regulators in Kentucky, New Jersey and Texas slapped Celsius with a cease and desist order, arguing that its fixed income products should be registered as securities. State securities boards in Alabama, Kentucky, New Jersey, Texas and Washington have also launched probes in Celsius, Reuters reports. The SEC is also looking at Celsius.

This can’t just be a Celsius problem

Other pseudo-banks such as Voyager (also bankrupt) and BlockFi (fortified by FTX) have similar language in their terms of service.

Blockfi’s terms state that “BlockFi shall have the right, without further notice to you, to pledge, pledge, mortgage, re-hypothecate, sell, lend or otherwise transfer, invest or use any amount of such cryptocurrency provided by you under a loan, separately or together with other property, with all associated property rights.” BlockFi warns, “[a]new bond or trust account maintained by BlockFi for the benefit of its customers may not be sufficient to cover all losses incurred by the customers. In light of these risks, you should carefully consider whether holding cryptocurrency in a BlockFi account is appropriate.”

Voyager’s terms point out that it is unclear how the customer’s cryptocurrency will be treated in the event of an insolvency proceeding and explicitly warns that customers may be “treated as an unsecured creditor” and experience “the total loss of all customer cryptocurrency.”

Voyager filed for bankruptcy protection earlier this month. Then last week, the Federal Reserve and the Federal Deposit Insurance Corporation (FDIC) ordered Voyager to end any representation that customers’ funds would be protected in the event of the company’s failure. The statement said: “Voyager has made various representations online, including its website, mobile app and social media accounts, that state or suggest that: (1) Voyager itself is FDIC insured; (2) customers who invested with Voyager’s cryptocurrency platform will receive FDIC -insurance coverage for all funds provided to, held by, on, or with Voyager; and (3) the FDIC would insure customers against the failure of Voyager itself. These representations are false and misleading, and based on the information we have to date, it appears to the fact that the representations were likely to be misled and relied upon by customers who placed their money with Voyager and do not have immediate access to their money.”

Celsius has said it owes users more than $4.7 billion.

Celsius was valued at about $3 billion after raising $690 million in a Series B funding round in May 2022, according to the bankruptcy filing.

“We have seen again that lending platforms act a bit like banks. They say to investors “Give us your crypto. We will give you a big return of 7% or 4.5% return.” How does someone offer (such large percentages of return) in the market today and not give much disclosure? … If it seems too good to be true , it may well be too good to be true.” – Gary Gensler

Celsius noted in its bankruptcy filing that its customers transferred ownership of their crypto to the company, likely indicating Celsius’ intention to treat users as unsecured creditors. Although users can litigate their secured or unsecured creditor status, this will take years and may still result in users never seeing their assets again.

Adding further complications, in traditional bankruptcy proceedings, creditors have claims denominated in dollars, and these claims are measured from the date of the bankruptcy filing. Many are wondering how the price volatility of bitcoin will play out in this case.

Celsius is scheduled to appear in bankruptcy court again later this month.

These recent bankruptcy proceedings in the cryptocurrency space serve as a reminder that the lack of regulatory clarity often results in a lack of clear consumer protections and rights.

Terms of use often indicate how customers will be treated when things go wrong. Investors should carefully review the terms of service and contact the company or their own legal representation before relying on funds with platforms. Users should also understand that if something sounds too good to be true, it probably is, and usually large rewards (such as high interest rate offers) also pose great risk to users.

The premise of bitcoin was always self-custodial, which means users don’t earn returns, but also means they act as their own bank.