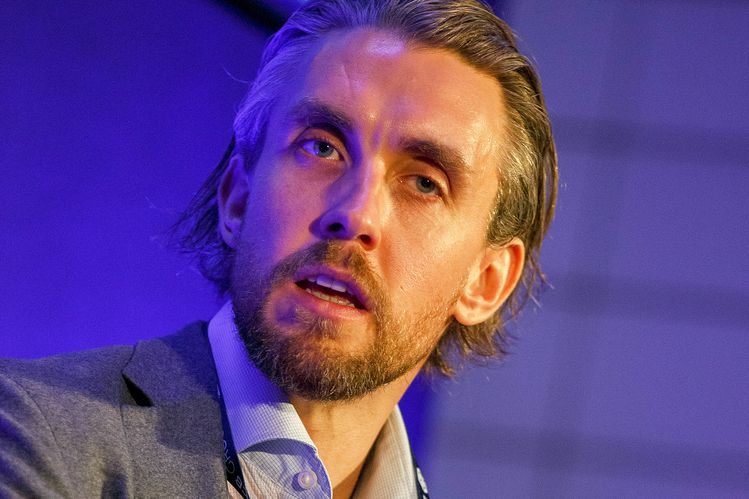 The collapse of Sam Bankman-Fried’s FTX has shattered confidence in the crypto sector and, in the eyes of some, presented it with an existential problem.

In an interview with Financial News, Tyrer said that the crisis could actually be a good thing, and that customers looking to trade crypto flocked to traditional financial firms that offer digital asset services like Fidelity after losing confidence in crypto exchanges like FTX.

Tyrer said the recent chaos had led to “a fairly significant increase in client activity and deposits.”

He described the trend as a “flight to quality”, adding that the implosion of one of the world’s largest crypto exchanges “has definitely been positive for us and the role we play in the industry”.

The executive also insisted that Fidelity – which has positioned itself as the responsible face of an occasionally irresponsible industry – will not suffer reputational damage from the crash.

Unlike some others in traditional finance, such as BlackRock, VanEck and Seqoia Capital, the firm had “no exposure” to FTX, he said United Nations.

Tyrer said that while FTX was a “horrendous” example of “bad activity and misconduct” in the crypto space, it was not a failure of the industry but of “human nature”.

“From our perspective, this is definitely a speed bump for the industry, but I don’t think this is existential,” he added.

FTX Debuts Largest Crypto Bankruptcy in Court – What to Expect

The Bank of England still believes it is worth regulating

Not everyone agrees with Tyrer. Moody’s warned institutions that they should stay away from the sector a few weeks ago.

There is also a growing school of thought that regulators should “let crypto burn,” as two professors of finance — Stephen Cecchetti of Brandeis International Business School and Kim Schoenholtz of NYU’s Stern School of Business — wrote in Financial Times on 17 November.

But speaking for the first time on the issue since FTX’s demise, Bank of England Deputy Governor Sir Jon Cunliffe said on November 21 that there was still a need to regulate the industry.

“Whether or not one believes it makes sense to invest or trade in the highly speculative assets that make up most of the activity in the crypto world, investors should be able to do so in transparent, fair and robust marketplaces, with the protections they would get in conventional finance,” Sir Jon said at a digital assets conference at Warwick Business School.

Regulators “should not wait until [the crypto world] is large and connected to develop the regulatory frameworks necessary to prevent a crypto shock that could have a much larger destabilizing effect,” he said.

Nevertheless, he acknowledged that there was a chance that crypto’s wild volatility will “ensure that the sector cannot grow” in the long term.

This vision appears to be coming true, at least in the short term.

Crypto exchange Genesis is limping on the brink, according to one The Wall Street Journal report that it has approached both Binance and Apollo Global Management for cash, and that Binance has already said no.

In a not-so-reassuring statement, a Genesis spokesperson told the paper: “We have no plans to go bankrupt immediately.” (We’ve emphasized since it does a lot of heavy lifting…)

They probably won’t be the last companies to find themselves in this situation. FTX owes its 50 largest creditors about $3.1 billion, and two of them owe more than $200 million each, according to a recent bankruptcy filing.

Our favorite stories from around the web

Genesis is the jewel in the crown of Digital Assets Group, the crypto empire built by Barry Silbert, which also includes Grayscale and news outlet CoinDesk. Bloomberg reports on what could be next for the 200-company conglomerate and its secretive owner.

We will not normally market our competitors’ products, but Financial Times is selling a non-fungible token of a giant tombstone bearing the names of the financial giants exposed to FTX. It is available on OpenSea.

For a man who some have suggested could end up with a prison sentence for his (large) part in the FTX crisis, Sam Bankman-Fried has been surprisingly media-friendly. Here’s his impressive interview with Vox from last week, where he said “f*** regulators”…

…And here’s a recent interview with CNBC, where he said he is still trying to persuade investors to back FTX and save his empire.

To be clear, the 30-year-old is no longer part of that empire, after new CEO (and Enron administrator) John J Ray III booted him out.

Wonder if SBF got the memo…

To contact the author of this story with feedback or news, email Alex Daniel