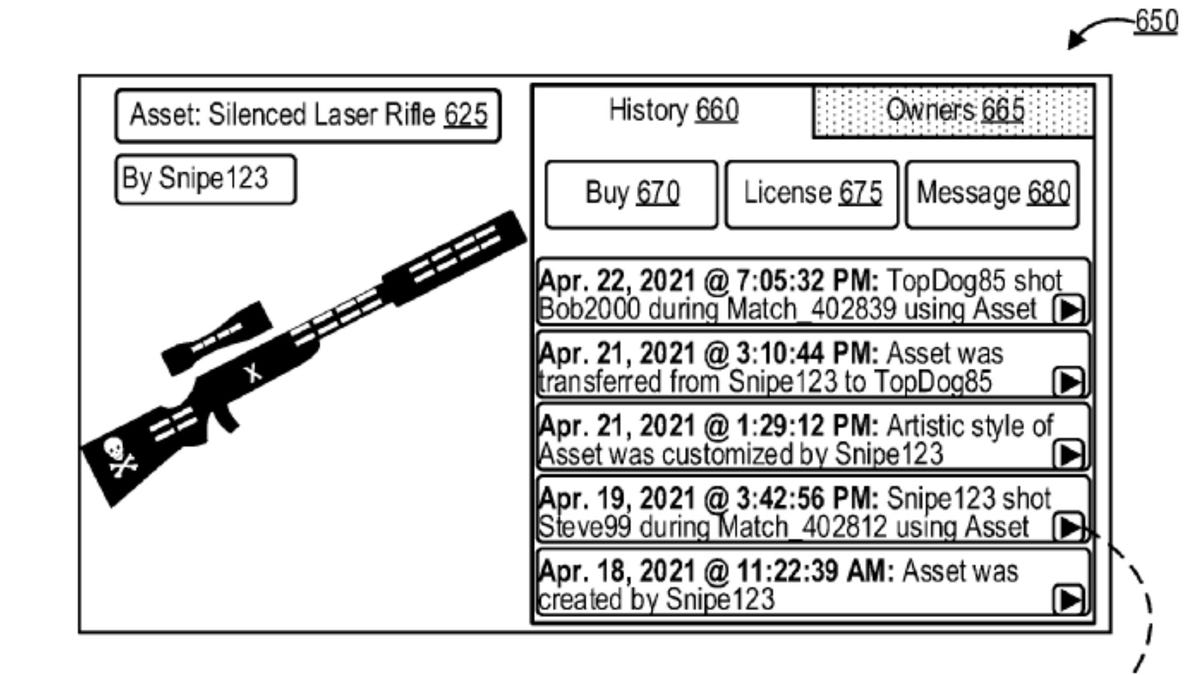 I look forward to the day when my brain doesn’t have to think about terms like “distributed ledger”, “fungible” or “jtoken” anymore. But if recent Sony patents are anything to go by, we may not be out of the NFT forest yet (if there are still forests left when crypto burns the planet). While the wider world of crypto is crashes like the Hindenburg, Sony is still looking at video game-focused NFT technology for in-game collectibles. Exciting.

Seen by Video Games Chronicle and Game-wise yesterday, a Sony patent from last year but published recently charts the company’s interest in technology that would “[convert] the digital assets associated with video games from being fungible to being non-fungible” and in systems that will “create and manage such digital assets, by tracking a history of the digital assets.” The patent identifies these digital assets as “in-game objects or characters” or “video game digital media assets that represent moments of playing a video game, such as video clips or images.” Another term for it is bullshi – NFTs.

These concepts are not new. Sony’s patent sounds pretty much like what other entertainment companies, including video game companiesbeen trying to get it working ever since we were cursed with knowing what the hell a NFT is (please don’t email me repeating what they are and why I just don’t get it man) .

The patent refers to baseball collectibles (a common enough analogy for NFTs and unique digital collectibles) as evidence that people enjoy collecting memorabilia, and then speculates that there is a need for digital assets to mimic the scarcity of physical resources such as ” baseballs autographed by [Babe] Ruth, baseballs hit by Ruth in an important baseball game, trading cards depicting Ruth and the like.”

While it doesn’t mention any popular streamers or professional gamers, the patent speculates that such celebrities could have their own versions of a Babe Ruth-struck baseball via NFT technology. Right now, the lack of scarcity in digital worlds means that there is currently “no way to know, trace, or authenticate a history to a particular instance of an item in the game.” This patent speculates on a way to change the inherent nature of digital “goods”.

So you know, in Sony’s future you can spend a fortune on a skin Ninja used on a gun in a tournament. Isn’t the future wonderful? If only Sony had some sort of program for cataloging and distributing digital rewards and collectibles. Oh, wait.

If all of this sounds like a solution in search of a problem, that’s because it is.