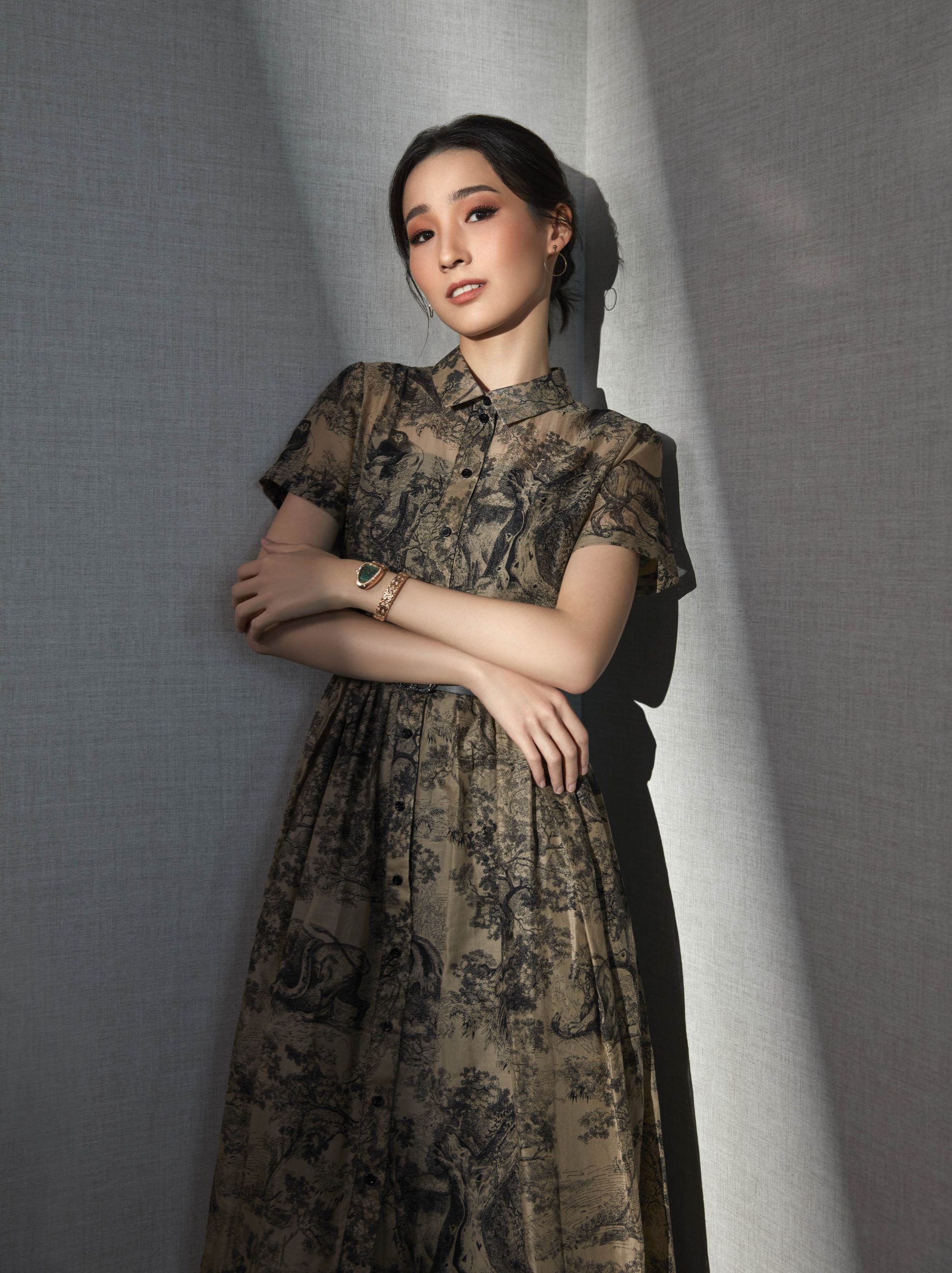 As one of Thailand’s most respected female entrepreneurs, this co-founder and CEO of GB Prime Pay always brings her A-Game to any situation. By recognizing and capitalizing on the business opportunities that have come her way, she has established herself as a bona fide fintech superstar.

When we hear about great thinkers, leaders or inventors, a common theme is often that they came from humble beginnings. Such is the case of Sarisara “Noey” Lewchalermwong, co-founder and CEO of GB Prime Pay – Thailand’s most innovative e-payment solutions provider – whose grandparents migrated from mainland China in the 1930s to open a bread factory in Bangkok.

As the first grandchild on both sides of the family, and an older sister to her brother, Noey grew up in a Chinese household that embraced Western ideas. While other Chinese families, as tradition dictates, may have lamented the fact that this firstborn child was not a son (or grandson), Noey always felt that her family loved her and her brother equally.

“My parents are like my best friends. They never forced me to do anything I didn’t want to do, she says. “Mum even let me choose where I wanted to study. I am very lucky to have been born into this family.”

Her early years were spent studying at a Waldorf school; a place where sums and alphabets took a back seat and a more holistic approach to learning flourished. It was an environment where intellect, creativity and practicality were emphasized, and Noey believes this really anchored her, and made her the person she is today – one of Thailand’s best-known entrepreneurs in the fintech sector.

“Even though it’s unconventional, especially in Thailand, I think it’s the best possible education my parents could have given me. It gave me an ability to build creative ideas, be fearless and have an ability to be limitless in my thinking.”

Noey received a Waldorf education until she was five years old, after which she received a strong wake-up call when she attended summer school for three months and found herself behind most of the other students.

“There was a summer school I had to go to before I started a regular school. Up until that point, I had never learned the ABCs, or the multiplication tables, unlike all my new classmates. I remember crying so hard after school sometimes. Mom comforted me and told me it was okay and that I could do it. We pushed through.

“She taught me every night after we finished dinner. At the end of that summer course there was an exam and I came third out of 50 students. It is, for me, the best childhood memory.”

It was, she admits, an experience that made her believe in her own abilities. “It proved that if I try my best and never give up, I can achieve any goal in life. I had unlocked a new level of confidence. I think that was the moment that spurred my love of being competitive and being a winner.”

See also  "Last year there was a party. This year it's a hangover. • TechCrunch

Her competition never went away, so it’s no surprise that she decided to go into business. She studied British and American studies as part of the international program at Thammasat University, learning about economics, law, politics, art and culture.

“If you want to get to the heart of something, perhaps a culture, you should know how they think. This program gave me all of that. I have previously wanted to work at the UN, which is why I chose this program, but sometimes I think that life has another path to follow. I soon discovered that I love doing business more.”

Another important component of the “humble beginnings” narrative is the great work that precedes the successes. Of course, all those years ago Noey would never have imagined that her way of helping the world would be via fintech, but life is full of surprises. And as a common feature in stories we hear about the lives of great people, love and work are often closely intertwined.

“My husband [Patchara Lewchalermwong] and I met when I was a sophomore at university. I joined an internship program for a political party where he was a government officer. He is eight years older than me and from the start I admired him so much. To this day he is sincere and always treats me consistently. We never fight each other over small matters.

“I remember we never argued for the first two years of meeting,” she recalls. “We spent about four years getting to know each other and understanding each other before we finally decided to get married.”

With a strong and steady foundation to build on, five years ago this power couple decided to establish GB Prime Pay, an online payment service catering to 26,000 merchants in Thailand, and now GB Prime Pay joins the Unicorn fintech world for to expand their business. on a global scale. If you’ve ever paid for something in Thailand via Facebook, or you’ve scanned a PromptPay QR code to make a payment, chances are you’ve used the company’s services. In short, the business is booming and even though 2022 is not yet over, GB Prime Pay has already had a payment volume of more than 60 billion Baht.

“Before we started GB Prime Pay, we faced some bad experiences – the kind that many people must have faced too, I think. So we made a decision to apply for an e-payment license and build our company from the ground up. Also, I love shopping , and at that time social e-commerce had just started in Thailand, we noticed that these social e-commerce owners couldn’t accept credit cards and I thought it was very strange… you have an online business but you don’t accept online payments?! ”

A visionary of design

Discovering the most important “pain point”, and building on it, is another important ingredient when it comes to success stories, especially those involving start-ups.

“I saw an opportunity for GB Prime Pay to capture the market,” she says. “We built GB Link Payment with the very idea of ​​serving social e-commerce merchants, and the feedback has been amazing.”

She goes on to explain why she believes that allowing merchants to accept credit cards is so important when it comes to increasing profits. “Think about it, ordinary people love shopping, but they are always limited by how much money they have on hand. When you introduce a credit card into the equation, that limit disappears, and users have more freedom in what they buy. So naturally having a credit card payment option for your online store is fundamental to success.”

“We have also introduced partial payment,” she adds, “which has also received good feedback. Consumers may not be able to pay for everything at once, so giving them the option to pay in installments has been helpful.”

GB Prime’s rapid entry into the Thai market makes it a success not only because Noey discovered and addressed a shared pain point, but also because her business truly aims to put customers first, which is important when handling other people’s money.

“We offer fintech services, with hospitality in mind. We really care about our customers and we never stop developing. We were the first e-payment provider to have a call center available 24/7 to serve all customers and end users. This is why GB Prime Pay has made such an impact in the market. We are a one-stop service for all payment channels companies need.

“We are practical and we provide safety, privacy and security for them,” she goes on to say. “Our e-payment solutions can be modified to match different businesses. For example, we can support Thai businesses by white-labeling our e-wallet for them.” 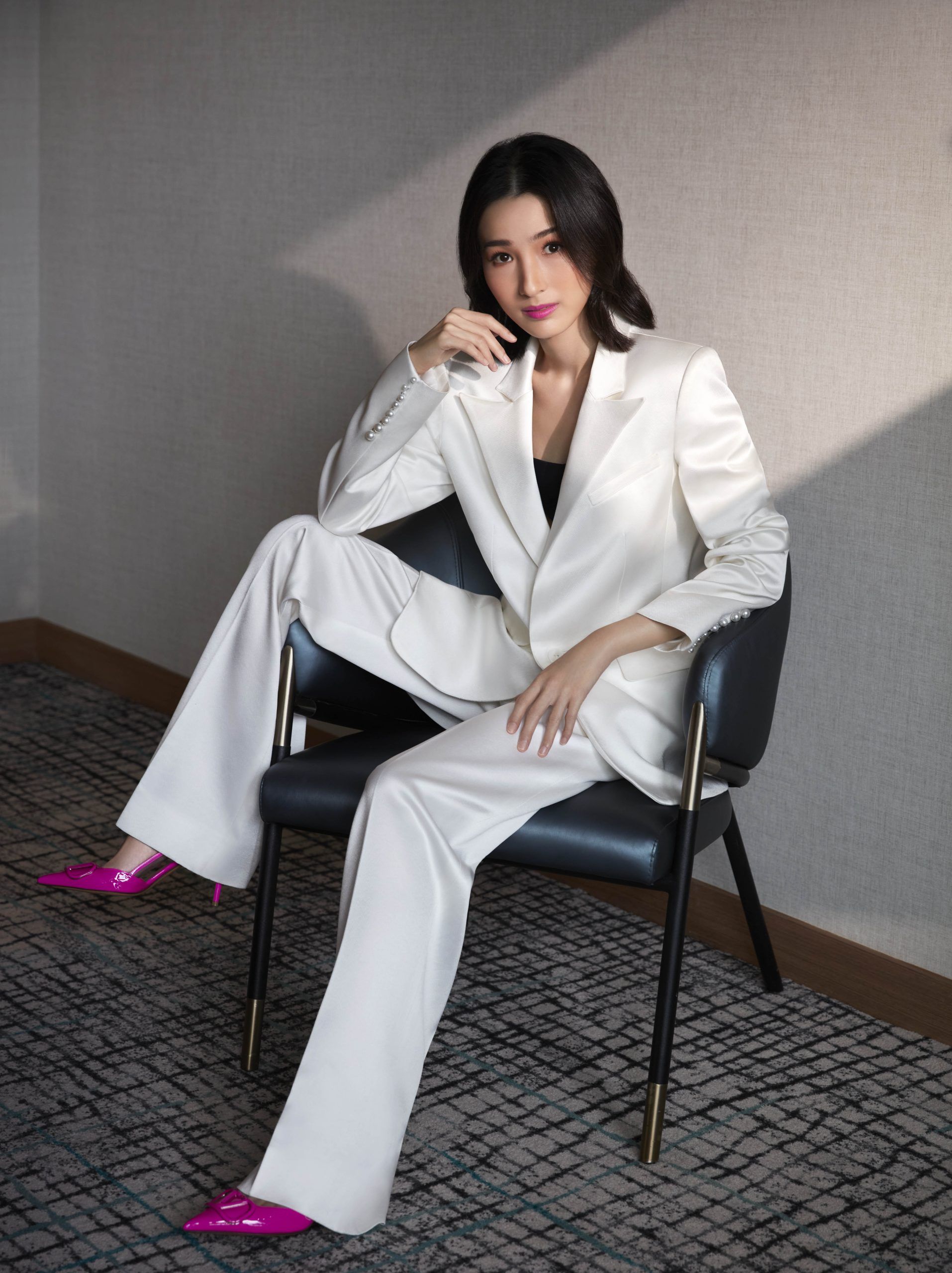 However, making a real difference is about enabling others to make their own way in the world by giving them the resources and tools they need to thrive – especially those who would otherwise not have access to sophisticated financial services. One of the reasons why the fintech sector has been so explosive in the last 10 years worldwide is because of its financial inclusion; it has been a mechanism by which everyone, from all backgrounds, has been able to gain more control over their finances, in ways they could not possibly have done in the traditional economic framework that previously governed society.

With Thais historically having a lot of trust in banks, getting them on board with using new and innovative e-payment solutions was difficult at first, Noey admits, but much of that changed after the chaotic events of 2020.

“When the pandemic happened, we realized how many traditionally offline businesses were affected. We made it a point to help offline stores with online equity, especially restaurants, by creating a GB store and an online sales page that can be easily used by everyone kind of offline stores so they can continue to take payments. And we let them use it for free.”

Now responsible for leading a team of 50 staff at GB Prime, Noey’s greatest satisfaction currently comes from seeing the personal journeys and successes of the people who have been with her from the beginning. And to show its appreciation, the company organizes an employee excursion to a different country every year.

“What has been so heartwarming for me is getting passports for many of my staff – people who, before joining GB Prime, had never set foot outside of Thailand.”

About business and leisure

Speaking of travel, it’s something Noey loves to do in his spare time. She and her husband just returned from a trip to Australia, which was their first trip since the pandemic broke out. Their next stop is planned to be Osaka, Japan, where she looks forward to going to the UFO game stores and eating lots of Warabimochi. She also hopes to really overcome her fear and do some skydiving at some point soon.

Like many great entrepreneurs, Noey is an unabashed perfectionist. Unfortunately, this can make it a struggle to disconnect from work. “I used to be sure that everything was perfect all the time, but I soon realized that this was not sustainable and I had to change my way of thinking. It is important to stop thinking that you have to be perfect all the time. You don’t always have to be in a hurry.”

Today, when she’s not traveling, she tries to spend Sunday afternoons at the park with her husband and small dogs, shopping or maybe trying a new dessert place somewhere.

“I think it’s important to balance work and life, because you can’t buy that time back. And there are many activities that you realize you can no longer do as you get older. So I think everyone should manage their time well in life. It is of course good to work, but you also have to have time for yourself and your family, and always set aside time to try something new.”

Her closing words are those of a motto she lives by religiously, one that her mother instilled in her from a young age: Do your best. But prepare for the worst.

“All those travel companies working so hard couldn’t have foreseen the worst case of the Covid crisis. And this is a big lesson. It just goes to show that we never know what’s around the corner. But even in such doomsday scenarios, always do your best, whatever. There’s peace of mind in knowing you’ve prepared for bumps in the road. So if something happens, you’re OK. And even if it doesn’t, you’re still OK.”