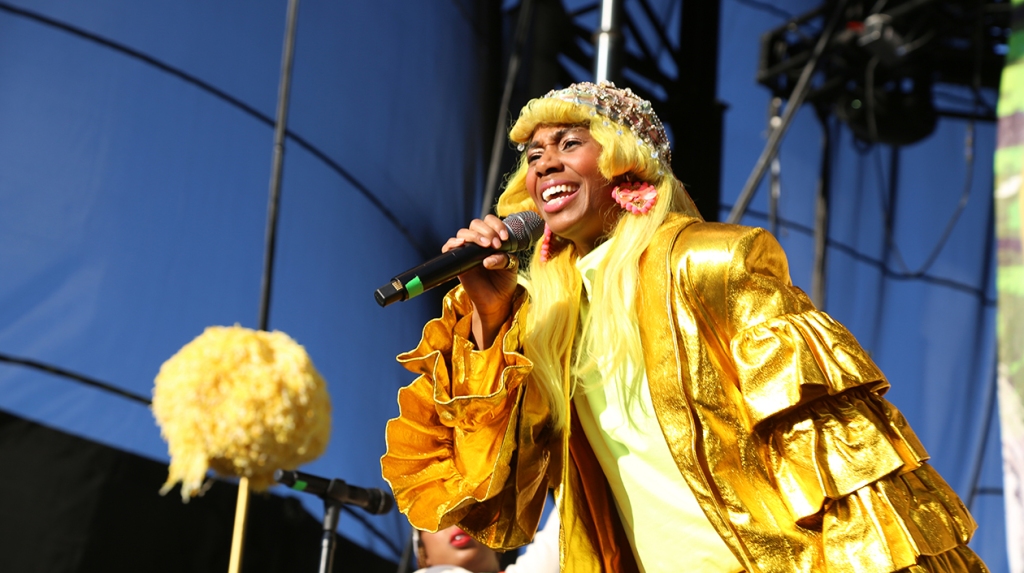 Santigold has launched a new community fan club powered by Web3, which allows her to connect directly with fans and offer exclusive content and experiences. It follows a tour cancellation in September in which she told fans: “I’ve tried and tried, looked at what it would take from every angle and I just don’t have it.”

The difficult touring conditions have made many artists look for an alternative in Web3. Digital communities, unlocked through NFT access, are becoming increasingly popular for musicians seeking a deeper connection with their fans.

“I am excited about Web3 as an opportunity for artists to interact with our audiences in more honest, intimate and creative ways, while exploring new art media and technologies,” says Santigold. “I also look forward to using this space to innovate ways to control the release of our art on our own terms.”

After claiming a free NFT pass, fans will have access to a hub of exclusive content, including a sneak peek at Santigold’s upcoming music video. Fans can also submit questions for her new podcast and vote on merchandise designs.

Santigold’s ‘Fan Club’ is run by Web3 technology company Medallion which already hosts personal fan clubs for Tycho, Sigur Ros and Jungle. The technology can be customized to integrate into an artist’s existing website and aesthetic. The onboarding process for fans is free and seamless – an example of Web 2.5 where the complicated crypto technology is disguised with simple and familiar interfaces.

British band Jungle launched their Medallion fan club in September and have already used it to launch hyper-localized campaigns to support their touring activities. For example, the band brought 500 local fans to Mexico City ahead of a headline show. “The Jungle Fan Club has allowed us to connect with fans directly in a digital space that feels communal, interactive and collaborative,” says Jungle. “Medallion’s technology has built solutions for ideas we’ve had for years but never had the tools to make it practical.”

Since launch, Medallion has brought 20,000 users to Tycho, Sigur Ros and Jungle’s communities – 95% of whom had never touched crypto before. Within 24 hours of launching his Web3 fan club, Tycho tripled the number of fans in the Discord community.

“Medallion’s technology has been built with the singular goal of helping artists create more meaningful connections with their fans, both on and off the road,” said Medallion President Derek Davies. “And with the difficulties that touring artists have faced since the outbreak of the pandemic, the invaluable importance of community in digital spaces has become clearer than ever.”

However, the trend is accelerating, especially as new platforms are developed to create a simple, customized experience. The harsh realities of touring in a post-COVID world, combined with the pressure to create “content” for a mass social media audience, means that digital communities can become an increasingly important way to engage with superfans.