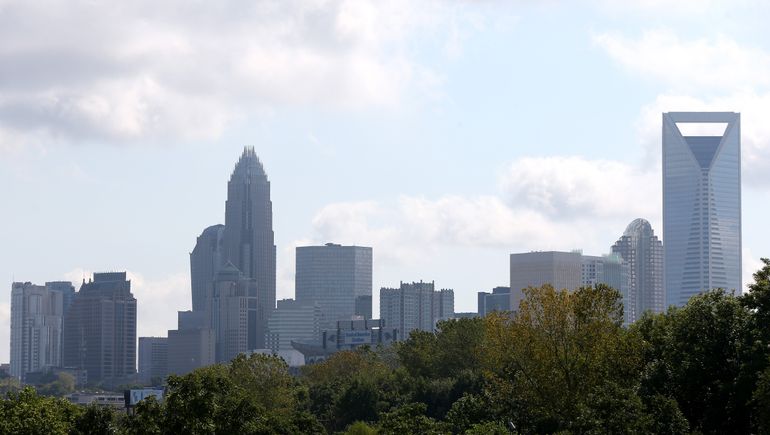 Hugh McColl Jr., who helped transform Bank of America into a financial giant before retiring in 2001, became a founding fintech investor after a business partner drew his attention to the Charlotte, North Carolina-based firm’s mission.

“It piqued my interest immediately because of the huge need for financing for small businesses, especially minority businesses,” said McColl, who is a partner in Bright Hope Capital, a firm he co-founded in 2021 that invests in minority-owned businesses. “What we want to do is put people who want to borrow money together with people who need money. It’s not complicated.”

Foro, which has secured $8 million in Series A funding led by TTV Capital, with participation from Fin Capital, Correlation Ventures, AME Cloud Ventures and US Bank, was founded in 2019.

The start-up aims to remove the friction most small businesses face when applying for a commercial loan – a process which according to Forum CEO David Godmanhas been ripe for digital transformation for some time.

Godsman, whose career spans positions at Citigroup, peer-to-peer payments platform Zelle, Bank of America and the Coca Cola Company, said the commercial lending process is often laborious and outdated, which can be daunting for small business owners.

“Banks have effectively transformed on the consumer side and in many parts of the commercial side, but you still have this scenario where the process of a business owner trying to figure out who will be their best partner to work with them to help them grow the business is somewhat archaic,” said Godsman, who joined Foro in 2021. “The original mission behind the business was the belief that businesses deserved a better commercial lending process, and one that enabled accessibility and equality for any business owner seeking capital.”

Foro aims to serve small and medium borrowers looking for loans from $1 million to as much as $25 million. That selection requires complex collateral, a differentiation that sets Foro apart from other online small business lenders, Godsman said.

“Platforms that are optimized to help a business get $100,000 are usually very automated. It’s driven by the FICO score of the business owner,” he said. “We’ve moved upstream and we think we can use much of the same methodology to create a better experience for business owners who are arguably even more interesting to lenders because of their size and scale.”

Godsman declined to share details about Foro’s revenue model, but said the platform is debt-financed.

The bank tells Foro what type of industries or geography they are interested in, and Foro filters and curates businesses based on those needs, Godsman said.

“We have a very healthy lender network that covers the full range of needs of the business owner,” Godsman said. He declined to share the number of lenders Foro works with, but said the platform’s participants range from Top 10-oriented firms to regional and community banks.

“We don’t just think of banks as potential partners who help finance our model. We’re actually hoping to design a lot of the experiences that we’ve built into our platform based on how they work or how they might want to operate,” he said.

The platform also aims to solve pain points banks face in the lending process, such as overexposure in a single market, McColl said.

“I think what Foro will do is allow them to access loans and markets that are outside of their normal trading area. Many banks are in areas where they have been able to build up very good deposit bases, but have very little lending activity, he said. “This is a way for them to acquire financial assets and set their own rules.”

Foro aims to eliminate bias by anonymizing the first part of the process, Godsman said.

“In the beginning, we don’t share the name of the business owner or the business with lenders — we give them the shadow profiles and the data points that matter to them,” he said. “We’re doing it to try to help remove some of the subjectivity that has existed for a very long time in the space.”

Once the two parties are introduced, Foro shares the small business owner’s contact information with the interested bank.

“We’re really a facilitator of high-quality introductions between these two parts of an ecosystem. We’re there to support both sides of it as effectively as we can,” Godsman said. “We’re trying to take computer technology and create a better way for business owners to prepare and understand and drive transparency into a process, and then ultimately help connect them with the right lenders who have developed credit strategies that fit the specific business profile and industry.”