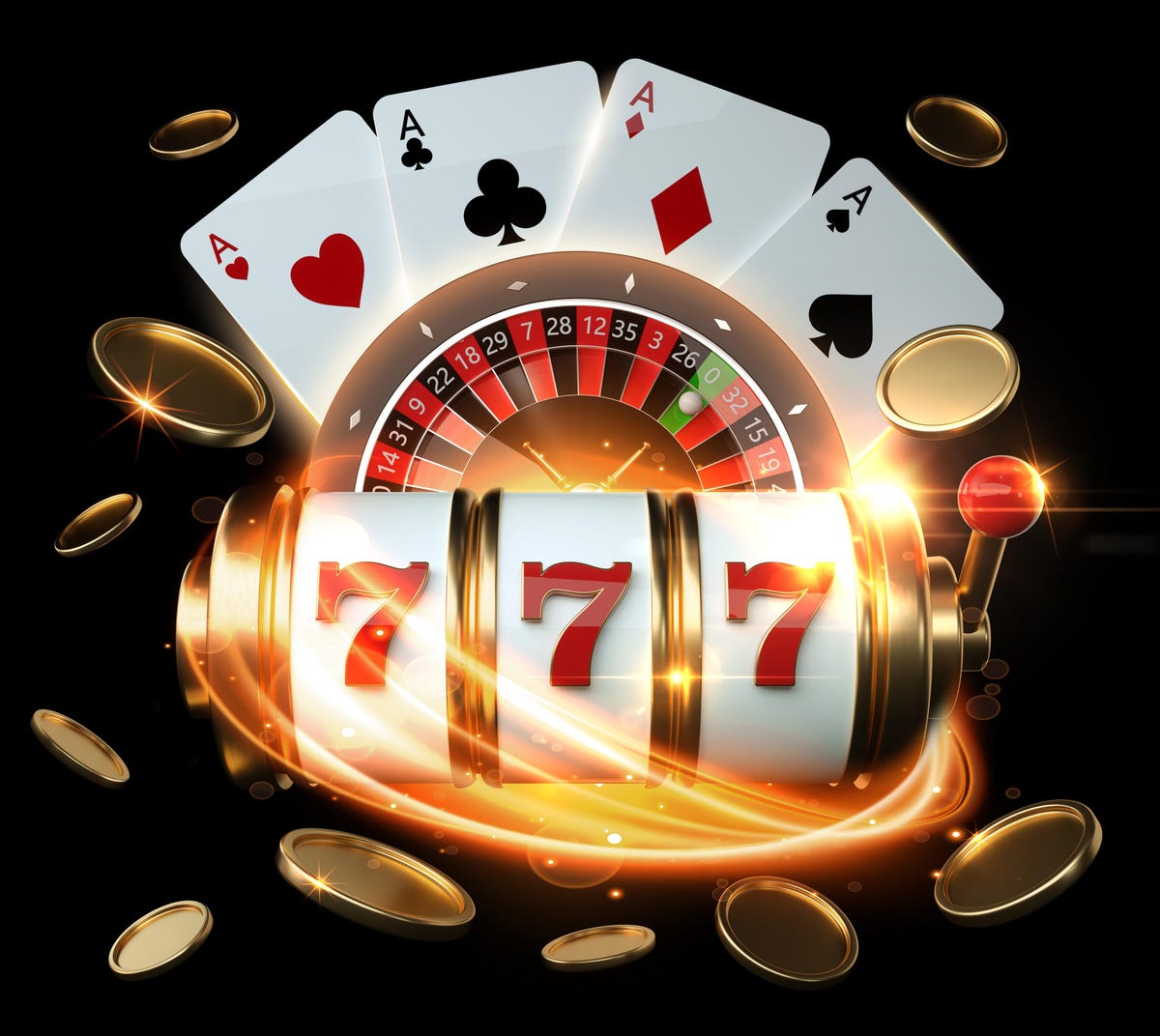 Casinos usually detest clocks, but there is one ticking for Slotie. The online casino headquartered in the former Soviet republic of Georgia will run out of time as soon as Thursday to respond to four US states which effectively booted it out of the country last month, claiming that the sale of non-fungible tokens (NFTs) to fund an international expansion were thinly disguised unlicensed securities offerings.

In exchange for buying into a collection of 10,000 slot machines, NFTs that come with ownership of individualized avatars that look like the offspring of an eccentric slot machine and a manic robot, buyers would be entitled to a share of profits from online gambling on Slots. parent company, Elia software.

The online casino claimed that Slotie NFTs sold out quickly when they were first launched on December 7, 2021. But New Jersey’s Cease and Desist Order said “there is no evidence on the blockchain that 10,000 Slotie NFTs are sold out in under 5 minutes.”

Slotie had an average sales volume of more than 300 ethers, raising $1.3 million, according to Joe Rotunda, director of enforcement at the Texas State Security Board. The associated avatars depict a variety of slot-based characters, from Roman legionnaires to pirates.

But after operating in the US for about a year, the company found itself drained cease-and-desist orders on October 20 from four US states accusing it of selling unlicensed securities.

The casino shut down its US website eight days later. Other than one Twitter posts which complained of “false acts and misrepresentations about Slotie” in the cease-and-desist notices and offers to discuss the matter with the federal Securities and Exchange Commission, Slotie has gone silent. The main website, which offers NFTs to potential investors and casino games, has blocked access to people in the US, but is still available to consumers elsewhere.

Slotie may not have the resources to fight the orders, but the case raises interesting questions about U.S. attempts to exercise authority over foreign companies at the state and federal level, and how far authorities will go to prevent U.S. investors from taking advantage of investment opportunities overseas.

Slotie’s time to respond officially comes Thursday, which marks 28 days since the four states issued their orders, but an Alabama regulator says officials typically give a few extra days in case of email delays.

Texas and Alabama safety commissioners say they have not received a response from the company. “It’s not a great idea to miss the deadlines,” says Sean Griffin, a partner at law firm Dykema Gossett, since it would generally mean the company gives up its right to challenge the orders.

Slotie didn’t answer Forbes Requests for comment were sent to their social media accounts and to Elia, its Tbilisi-based parent, but Griffin laid out three paths the company could take:

• Respond to government orders and request private hearings or challenge the regulators in court.

• Do nothing. Leave it to the states to try to relax previous NFT sales and wait to see if they approach the company to negotiate.

• Go offline, which Griffin says would be easy since there isn’t much information about who’s behind the company. Slotie can sell the same type of NFTs under a different name, though that could eventually land the company in hot water if regulators find out.

The reference to the SEC in Slotie’s Oct. 28 tweet seems “shady” and a “weird way” to try to preempt state action, Griffin says. He doesn’t think the strategy has any chance of succeeding.

Slotie wasn’t the first international digital casino to run afoul of government regulators, but its approach seems more refined than its predecessors. More than two states filed emergency orders against Sand Vegas Casino Club and Flamingo Casino Club in April and May, respectively, for selling NFTs and promising investors shares of online casino profits, while providing no accounting or warnings about investment risks .

These two companies didn’t seem to be trying very hard. Aside from their obvious play on the names of well-known US-based casino resort brands, they appeared to offer NFTs primarily as funding mechanisms for online gambling operations they hoped to create. In the case of Sand, regulators claimed that the company outright lied to potential investors, telling them that US securities laws did not cover the NFTs, and that further efforts could be made to prevent regulation by changing the language used to describe the tokens and how profits would be paid out to investors.

The companies appear to have returned to wherever they came from after being confronted by regulators – Flamingo to Russia and Sand to Cyprus, Iceland or Arizona – both unsure of their physical location.

Slotie put more effort into his approach. It is an NFT project launched by Elia, an online gaming and casino software company, with over 120 online casino partners and producing more than 30 slot machines.

“Holding a Slotie NFT can be viewed as a partnership agreement between holders, casinos and Elia Software,” Slotie announced in November 2021, New Jersey’s order said. “Casinos pay 12% of their slots revenue as a commission to us for executing and distributing high quality gaming solutions for them. We share 80% of our NFT-based slot revenue with the Slotie owners on a monthly basis.”

Members of the Slotie community can also join weekly lotteries, where they can win cash, free spins and new tokens. Current games are available as conventional internet sites, and the company is planning a blockchain-based version in the Sandbox metaverse.

But Slotie appears to have been unaware that it was expected to comply with the securities laws of the United States and individual states.

Generally, matters involving foreign entities fall under federal jurisdiction. But Joseph Borg, director of Alabama’s securities commission says, “in the crypto and blockchain space, federal law is still kind of up in the air,” and there is no clear clarification of who has primary jurisdiction over this relatively new industry.

Uncertainty regarding the regulation of NFTs and whether they should be considered securities has the public watching closely what various commissions at the federal level will do to regulate future cryptocurrency projects.

“I think they are learning and they will discover that NFTs are an empty box.” says Jeremy Goldman, partner and co-chairman of Frankfurt’s blockchain technology group Kurnit Klein & Selz, “And it’s really about what people put in that box. It would be a big mistake, and just plain wrong for someone to cast a wide net and say that non-fungible tokens are securities. That would just be extremely misguided.”

In Slotie’s case, however, the four states appear to have decided that their NFTs are in fact securities. But how much jurisdiction does a US government order have over an international metaverse corporation?

“It doesn’t matter where the party operates from,” says Joe Rotunda, director of enforcement at Texas State Securities Enforcement. action to protect our constituents. And that applies to companies operating from the former Soviet Union that currently operate from Russia or in our backyards.”

Although Slotie disabled access to its website for people in the US, residents can still find ways to purchase their NFTs. Purchases are made via smart contracts on Ethereum blockchain and the use of digital wallets. Although programmers try to block access from the US, locations can be hidden using virtual private networks that hide a user’s whereabouts, and US residents traveling abroad can easily place orders from other countries.

Meanwhile, Slotie’s Twitter account is still active, which means the company is still advertising directly or indirectly to US citizens who might want to try their luck with casino tokens

But just because you can do something doesn’t necessarily mean you should. “I would advise against buying these unregistered Slotie NFTs,” says Dykema Gossett’s Griffin. “These regulations exist for a reason, and the reason they exist is to prevent people from losing money. It’s like taking the seat belt and the airbags out of the car and driving 100 miles an hour.”