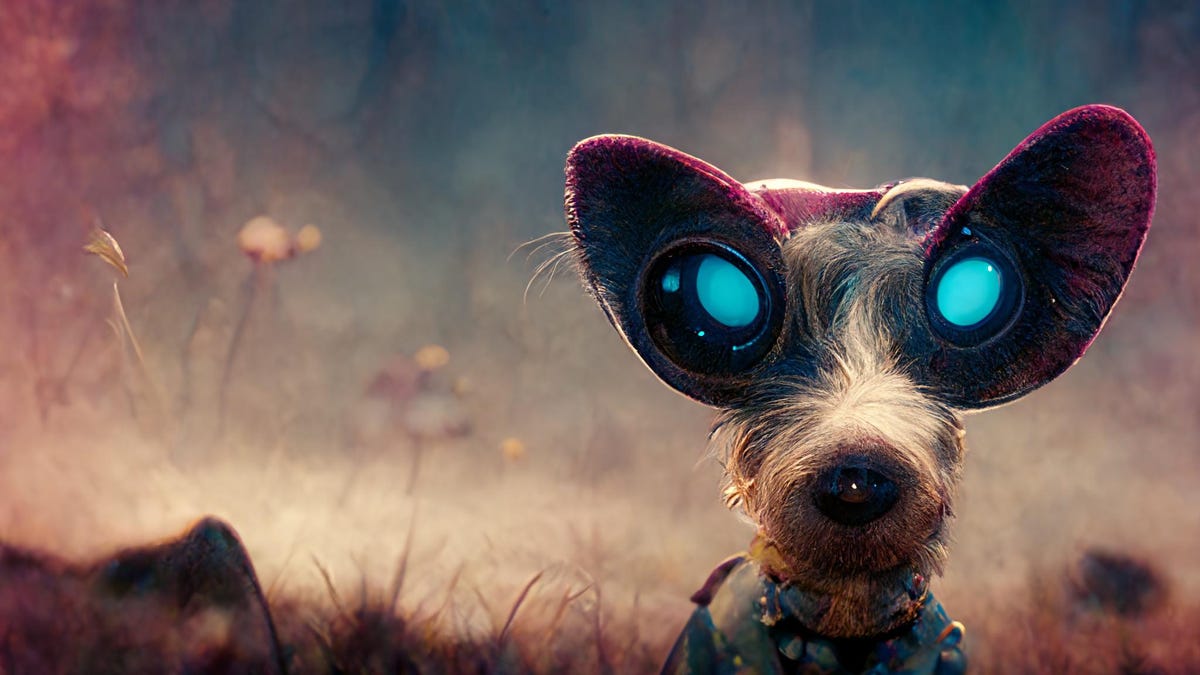 While the web3 world has gone through some turbulent times lately, one man has been building behind the scenes with a mission to guide individuals to improve their well-being and be part of a creative process.

Simon Lovellwho has spent many years as an executive coach, working with high-profile founders, CEOs and celebrities, entered the NFT world and discovered that there were many in the NFT community who needed help.

He initially started as a collector, but after spending time in space investing in projects, he saw an opportunity to use his creative skills in a way that could help more people.

Lovell created the story of Ralph, an abused dog who dies and is trashed by his mad scientist, and returns as a Doglien. He then heads home (in a dog bowl UFO) to Paw Planet, only to find it under attack by robots.

Instead of completing the story himself, he wanted to let fans of the project grow the story through his NFTs. He believes that when we build characters and worlds, it also helps us understand ourselves better as people.

“I’ve always loved history and noticed that very few projects incorporated storytelling in NFT. Although the art was great, I didn’t feel anything from them and I wanted a back story. I wanted to use my skills as a coach to create a project that helped people use their creativity, imagination and help them grow at the same time. Dogliens took on a life of its own.”

After sharing the concept with household names in Hollywood, Lovell began to attract directors and actors and writers who aligned with his vision of both storytelling and personal growth.

His task is first to build a strong community around an entertainment brand that will spill over into various areas on stage and across product lines. One of them is dog products and merchandise.

Lovells Doglien’s NFT experience first begins in Discord, a community platform that is very popular with the NFT community. This is where holders will be able to access workshops run by himself and celebrities including The Hobbit star Stephen Hunter who played Bombur in the billion dollar blockbuster The Hobbit.

Lovell is focused on bringing big names into the trenches so they can connect with fans in his community of like-minded people. He also runs short free guided meditations and coaching sessions using Twitter Spaces to help the NFT community.

“My vision for Dogliens is to build a community that is deeply connected and can really shape something through its own creative genius. To me, there is no more important benefit than someone’s own personal growth, because with that you can create so many things in your life ”.