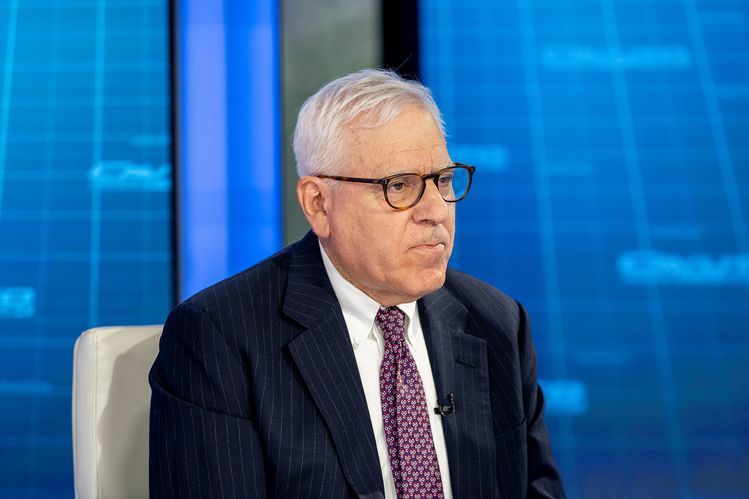 David Rubenstein co-founded The Carlyle Group in 1987, and it has since become a private equity behemoth with $369 billion under management and 29 offices on five continents. Rubenstein is a trained lawyer and now co-chairman of Carlyle, but he wears many hats, as a philanthropist, author and host of two shows on Bloomberg Television.

This year has seen a worsening landscape for private equity, with high inflation, rising debt costs and a poor fundraising environment for much of the industry. Rubenstein has seen such financial conditions before: he worked in the White House during President Jimmy Carter’s administration. His career also included a stint with Federal Reserve Chairman Jerome Powell, whom Rubenstein hired at Carlyle in 1997.

Recently, Rubenstein has conducted a number of interviews of himself, for both the TV programs and his latest book, How to invest. It includes 23 Q&As with investors, from BlackRock CEO Larry Fink to hedge fund managers Seth Klarman and John Paulson.

Rubenstein recently spoke with Private Equity News’ sister title Barron’s about what makes these investors successful, the economic environment and whether anyone could have seen the crypto meltdown coming. An edited version of the conversation follows.

Barron’s: FTX, the second largest cryptocurrency exchange, is in bankruptcy, and its founder, Sam Bankman-Fried, is accused of misappropriating customer funds. You interviewed him for your own show this summer. Could we have seen something like this coming?

David Rubenstein: Many times young people have some really smart ideas and they can do things that older people can’t imagine. He seemed to be intelligent, and to have built a very good business in a short time. I was willing to get carried away with the idea that he might be smarter than people my age can understand. It is clear, from what I have read in the press now, that there appears to have been some activity that was inappropriate, illegal, fraudulent, whatever you want to call it. I don’t have the facts.

My view is that you should not put more money into any cryptocurrency than you are prepared to lose. If you like going to Las Vegas, fine, as long as you allocate money that you can afford to lose. This event is likely to lead to greater regulation and a shrinking of the industry for a period. I don’t think the industry is going away.

Your family office has investments in the crypto industry. What do you see as the value?

I get nervous at times. Sometimes, when I’m filming something for Bloomberg, the camera guys come up to me and ask about Bitcoin, and show me their iPhones and all the cryptocurrencies they follow. You have to wonder if it’s a sign of the top of the market. But if you go back to the beginning of the internet, people never predicted how it would change our lives. It may be that right now we cannot see how crypto is going to change them.

Did you invest in FTX?

I did not do that. My family office looked at FTX at the $30 billion valuation [earlier this year]. It didn’t go ahead and the note never reached me, but the other day they showed me what they had prepared. The memo pointed out all the concerns about conflicts of interest. There wasn’t much transparency.

We have recently received some data points that suggest that inflation may be about to turn. Could that cause the Fed to swing interest rates?

Powell is no economist. So he has the advantage of not speaking in Fedspeak. He is good at explaining what he does. He’s a numbers person, and as he says, he’s going to follow the data.

Having said that, 2% [inflation] can be a bit difficult to get to. Normally, when unemployment rises, inflation falls. This is an unusual job market. You normally have 66% of the adult population in the workforce, and now it’s 62%. Many people aged 55 and over have not returned after Covid. I don’t know if we can get the unemployment rate as high as it needs to be to bring down inflation.

But if inflation falls one month and another, people will feel that there is no need to go to 2%. The right trend is all we care about. The Fed will likely at some point move away from the 2% target and perhaps accept 3% inflation. By the end of next year, inflation will move in the right direction, and if it does, you’ll likely see some easing from the Fed.

Where do you see investment opportunities right now?

Right now, at Carlyle, a huge percentage of our investments are in healthcare, not only in the United States, but also around the world. It is one of the fastest growing and probably most stable areas of economic growth. When I worked in the White House in the late 1970s, 7% to 8% of US GDP was in health care. Today it is about 20%. People realize that if they spend money, they will get better treatment and live longer. As more people around the world become richer, they increasingly share the same view as Americans.

Financial services. As people become wealthier in the United States and around the world, they want to spend their money more efficiently. There are a number of areas over the next five years that will do well in growth capital and venture capital, including artificial intelligence, computational biology, quantum computing and Crispr-related investments. Despite today’s cryptocurrency-related challenges, things related to blockchain technology are also likely to see a fair amount of growth.

For individual investors, would you say the same?

The average investor should not try to be Warren Buffett. It is simply too difficult to beat the markets. If you do it for a year or two, you’re going to think you’re a genius, just like when you go to Las Vegas and win for a couple of days, you think you’re a genius, and then you lose it all . If you get some enjoyment out of it, that’s a different situation. But if you’re just looking for a return, an index fund is your best bet.

What is your outlook for private equity?

It is more difficult to raise money in the US than it was a couple of years ago. US public pension funds have less money to allocate because markets are down 20%. Sovereign wealth funds are another kettle of fish. In the Middle East right now, there is a huge amount of capital available to invest in alternatives, because oil prices have been high for a while. If you have a very good track record and you are a well-known commodity, you can raise money easily. There is more competition than before. You need to spend more time raising it. But there is money for good means.

Will it get harder to find good places to put that money?

When acquisitions first came in the 80s and 90s, people were looking for a net internal rate of 20% a year. Today, because interest rates have been low for a while, and because there is more competition, people are willing to accept lower returns, say 17%. Is it harder to find offers? It’s not easy, but people are willing to accept somewhat lower returns, so you can probably still get deals done. Today, it is difficult to make large acquisitions because the debt capacity is not quite there in the markets. But there are still a good number of deals being made, medium-sized deals.

Among the investors you interviewed for your book, what were some common traits that made them successful?

They tend to be pretty good students. Many of them have higher degrees. One of the good things they have that I don’t have is the ability to forget their losses. They make mistakes and get over it quickly. They also have an intense, incredible intellectual curiosity. They don’t just read things related to areas of investment. They read everything. You never know what information will be useful to you. And they tend to do this because they like it. The people I’ve interviewed all made a lot of money. They don’t have to work to live.

What is the lost opportunity you have trouble forgetting?

Well, when Mark Zuckerberg was at Harvard, my son-in-law now, and my daughter were there as students, and they described this company that he started, and I said, it’s a dating service. They said, yes, but it’s not just going to be for Harvard students. It’s going to be a dating service for all kinds of schools. And I said, I’ve seen these dating services before. They are not going anywhere. So I didn’t invest. I have made many mistakes.