Does Bitcoin Mining Make Any Profit? 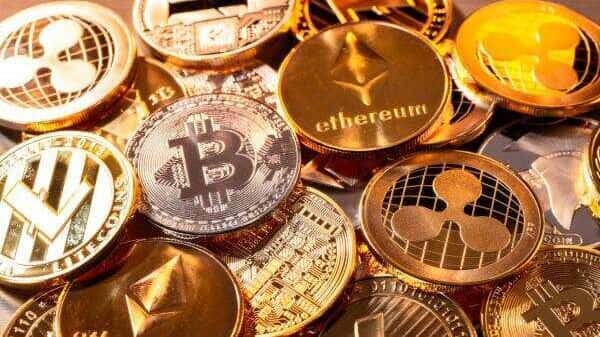 Bitcoin mining is performed using specialized processing equipment, and miners are paid in Bitcoin in exchange for validating transactions on the blockchain by solving a challenging problem known as a “hash”. These transactions provide security and the miners are paid in Bitcoins as compensation. Every facet of Bitcoin mining has been affected by technological innovation. The construction of expert mining centers with first-class computing power is the result of changes that occurred in mining technology and equipment. According to research, mining Bitcoins is a highly specialized industry and with 0.1% of all miners owning 50% of the network’s mining capacity, around 10% of Bitcoin miners account for 90% of the network’s mining capacity.

The word “hash rate” may be familiar if you are already a crypto enthusiast. A hash rate is nothing more than a measure of how quickly problems are solved and how tough they are. The design of the Bitcoin network ensures that a certain amount of Bitcoin is generated every 10 minutes. The difficulty increases with the growth of new miners entering the market. The basic goal of this is to maintain the original production rate of Bitcoins. It can take a very large number of hashes to reach the target and give a miner the chance to fill the next block and add new information because each hash created is essentially impossible to predict and usually random.

A built-in automatic system adjusts the difficulty based on how many miners manage to find blocks in a certain time period to ensure that Bitcoin blocks are discovered every 10 minutes.

As you might have guessed, the difficulty serves as a gauge of the difficulty and amount of work required to mine a Bitcoin block. In other words, it can also be considered the challenge of finding a hash under a specific target. It is highly unlikely that anyone will solve the hash problem correctly and earn Bitcoin rewards when the difficulty is above a certain threshold.

The question of profitability

There are a number of variables that can determine whether mining Bitcoins is profitable or not. And a few of those variables are the price of electricity, the availability of machines, the cost of machines, and the ease of mining. Both the incentives and the environment for mining have been greatly affected by the changing Bitcoin price.

However, the profitability of mining Bitcoins varies for different people. For some it is profitable, while for others it is not. This is greatly influenced by the availability of equipment, which has improved in the modern world. Some machines have adopted more stringent steps to stay competitive, such as allowing consumers to change the settings on the hardware so that it uses less energy, which will significantly reduce the overall cost. Before purchasing the fixed cost equipment, all potential miners must conduct a cost-benefit analysis to understand the current market price of Bitcoin.

Before making a purchase, you need to think about a number of factors, such as the current market value of coins, efficiency, time and cost of electricity.

How has the profitability of bitcoin mining changed over time?

A computer must tackle challenging logic problems while mining Bitcoins to validate transactions on the blockchain. The miner receives cryptocurrency as a bonus when this operation is completed. The profit per hash in USD was $2.28 in December 2017 and $0.22 in April 2022.

Solving complex problems and receiving Bitcoins in return is a common method of earning money with Bitcoins. As institutional players have entered the Bitcoin mining system, the difficulty of the Bitcoin algorithm has increased significantly over time. Before starting mining activities, it is essential for you to complete a cost-benefit analysis and take into account various factors such as power costs, coin prices and efficiency.

Disclaimer: This article is a paid publication and has no journalistic/editorial involvement from Hindustan Times. Hindustan Times does not endorse/subscribe to the content of the article/advertisement and/or the views expressed herein.

The reader is further informed that crypto products and NFTs are unregulated and can be very risky. There can be no regulatory recourse for losses from such transactions.

Hindustan Times shall not be responsible and/or liable in any manner whatsoever for anything stated in the article and/or also in respect of views, opinions, announcements, declarations, endorsements etc., stated/discussed in same. The decision to read hereafter is solely a matter of choice and shall be construed as an express undertaking/warranty in favor of Hindustan Times to be indemnified from any/all potential legal actions, or enforceable claims. The content may be for information and awareness purposes and does not constitute financial advice.