Discover the use of blockchain technology in the CBD industry 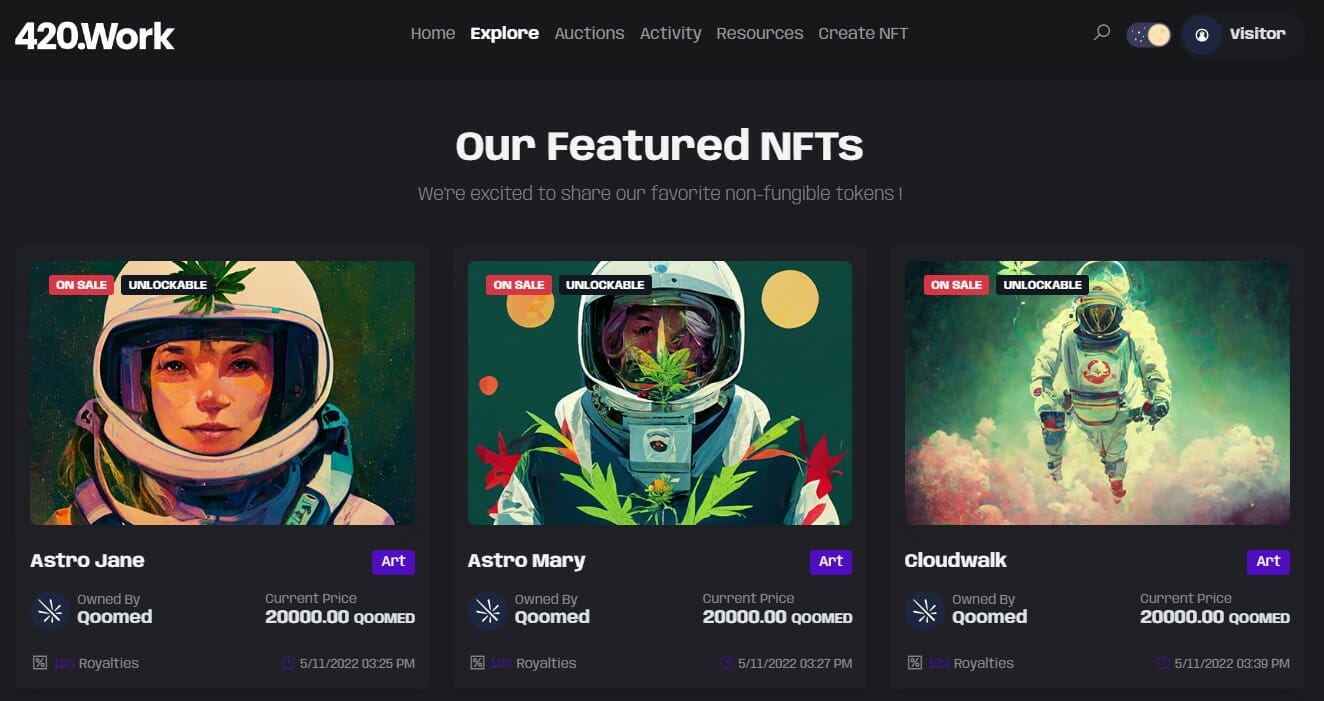 Blockchain technology has managed to lay the foundation for new concepts within existing sectors, as well as create a whole new world of possibilities due to its many benefits derived from decentralization and the resulting transparency. Several tech giants, as well as startups, are already using blockchain for a variety of purposes in multiple industries – from fintech to big data to energy and even wholesale.

Another emerging industry that has also been considered revolutionary is making headlines today. We are talking about the CBD sector, which has grown by more than 42% between 2021 and 2022 alone and is forecast to reach a value of USD 47.22 billion by 2028 at a compound annual growth rate of 21.3% (Source: VantageMarketResearch) .

The explosive growth of the CBD industry is caused by the increasing demand for CBD products due to their proven benefits and multiple use cases. Several studies have confirmed that CBD-based products can have a number of health benefits such as stress relief, anxiety and depression treatment, pain management and many others. The increasing number of FDA-approved CBD medicines such as the revolutionary EPIDIOLEX used to treat severe cases of epilepsy in children is another important factor that has also contributed to the favorable regulation around the sector.

But how does the concept of blockchain technology relate to the CBD industry? What are the potential benefits and synergies between these two emerging sectors? Today we explore some of the benefits of the new technology that could potentially allow the CBD industry to expand to its full potential.

One of the many popular use cases of blockchain technology has been its implementation as a reliable method for direct P2P transactions of value without an intermediary. This opens up a variety of use cases, including transparent transfers from one stakeholder to another without an intermediary. For example, blockchain-based marketplaces can provide a higher degree of transparency for sellers and buyers and thus improve their basic conditions, making the transfer more profitable for both parties.

Improving the supply chain within the sector

Blockchain technology is known for its immutability and transparency, both of which could revolutionize industries plagued by inefficiencies caused by information asymmetries and unilateral power in favor of producers and sellers. The CBD sector is no exception.

Blockchain technology can make the entire supply chain of CBD and cannabis-based products completely transparent to the end user. This will allow consumers to trace the origin of the product, ensure its quality and that the claims made by the seller are correct. Furthermore, this can also reveal unethical practices by the manufacturers, such as the use of questionable substances or practices in the production process, unethical working conditions, unfair pricing and many others.

A transparent supply chain provides a better competitive environment and greatly reduces the opportunity for fraud and exploitation, both of which remain deeply entrenched in several industries today that are of significant importance in terms of the products they produce – including food and textile manufacturing.

Non-fungible tokens: a new world of possibilities for artists?

Another viable application of blockchain technology for the CBD industry that has only been explored to a fraction of its potential yet is art.

An NFT is a blockchain token used to certify the authenticity and ownership of a digital asset. Ownership of an NFT is recorded on the blockchain and can be transferred by the owner, allowing NFTs to be sold and traded. As the name suggests, unlike traditional cryptocurrencies such as Bitcoin, an NFT cannot be divided. NFTs are mostly used to symbolize digital artworks such as photos, videos and music.

Non-Fungible-Tokens (NFTs) are a concept that has become well known to both industry stakeholders in the crypto universe as well as beyond. They created an industry that quickly skyrocketed to billions of dollars—from just $82 million in 2020 to more than $17 billion in 2021, an increase of more than 20,000%.

By making concepts like NFTs easily accessible and profitable within the CBD sector, artists could potentially unlock a new way to monetize their work by both having access to a wider audience and a fairer way to remunerate without the need for intermediary.

Qoomed has become a well-known project in the CBD space for creating one of the very few cryptographic tokens specifically focused on the CBD and cannabis industry. The company was the first to introduce a marketplace for CBD products with crypto payments that not only connects sellers and buyers directly with each other, but also provides a number of innovative tools for other stakeholders in the industry, such as dropshippers, that allow them to thrive within the sector.

Another Qoomed initiative is their newly founded 420.work platform, which is the first NFT marketplace specifically focused on artwork in the cannabis industry. Artists can mint, list and sell their own NFTs directly, much like traditional NFT marketplaces. The platform charges variable royalties in the native QOOMED token that vary anywhere between 10% and 15%.

The 420.work marketplace is live – some of the hottest NFTs in the CBD industry right now are already for sale. You can connect directly to your Metamask wallet within minutes and start minting, selling and buying. Be sure to check out the current listings here: www.420.work.

Disclaimer. This is a paid press release. Readers should do their own due diligence before taking any action related to the Promoted Company or any of its affiliates or services. Cryptopolitan.com is not responsible, directly or indirectly, for any damage or loss caused or alleged to be caused by or in connection with the use of or reliance on content, goods or services mentioned in the press release.