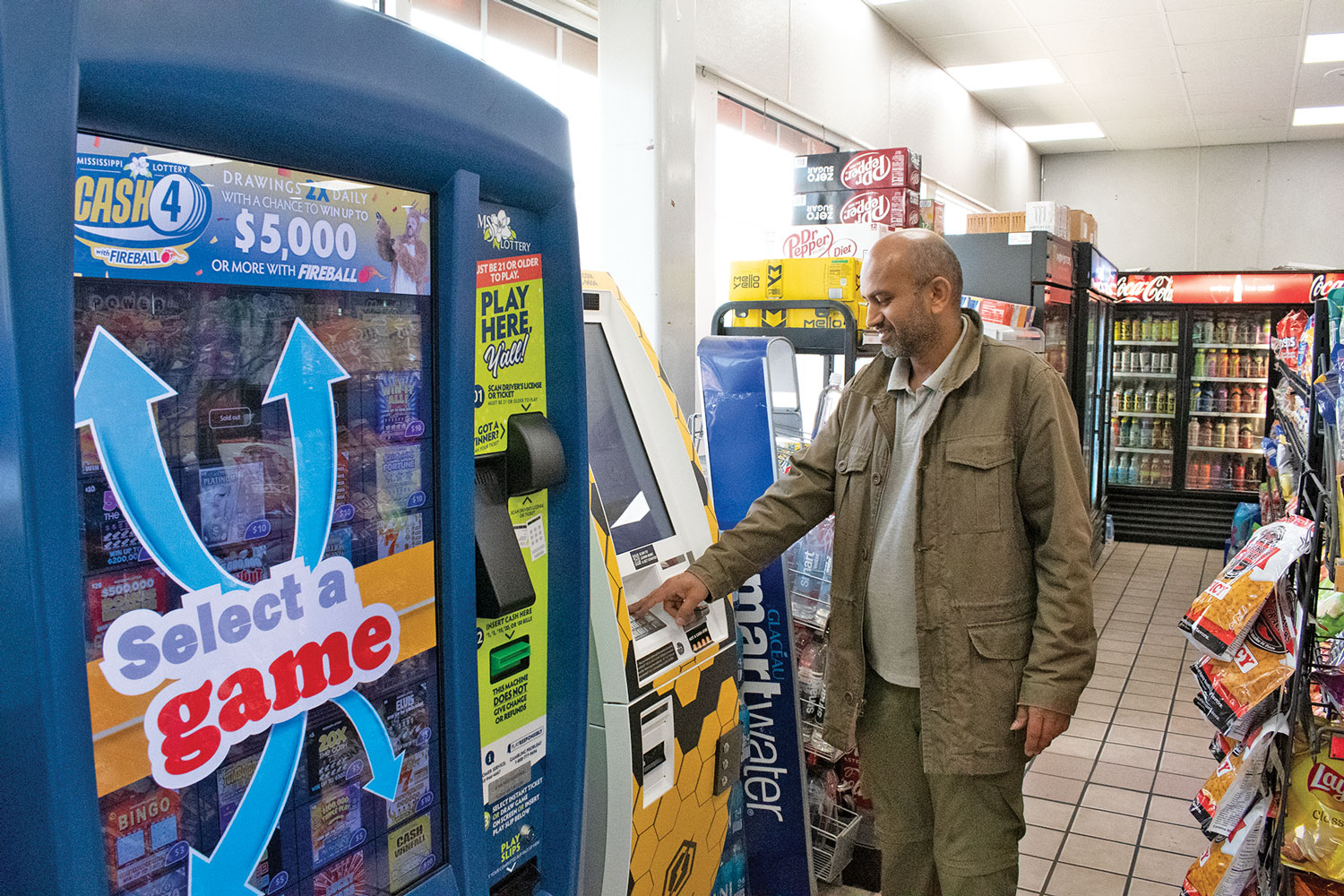 Although there are 31 cryptocurrency ATMs in the Golden Triangle, you’d be hard-pressed to see anyone using one of them.

The machines have appeared in gas stations, supermarkets and other visible areas over the past year, but according to several businesses in Columbus that host the machines, they are rarely used.

Near the checkout lines at the East Columbus Food Giant sits a Bitcoin Depot cryptocurrency ATM. Bitcoin Depot is an Atlanta-based cryptocurrency exchange company that converts cash to crypto. Store manager Dan Price told The Dispatch that his store installed the ATM about six months ago. He has hardly seen anyone use it since.

“It’s very bad,” Price said of the machine’s use. “I imagine when our contract is up, it will be pulled.”

Store manager for the Riverhill Chevron at 229 Main St. Jay Patel said his store got its Bitcoin Depot ATM in August 2021. At the time, the machine served about 10 people a month. This number has dropped to two or three, sometimes five a month.

What is cryptocurrency?
Cryptocurrency – “crypto” for short – is a largely unregulated digital currency separate from government-backed currencies. The virtual coins can be held in a digital wallet or can be used for purchases.

According to Coinbase, the largest digital wallet service, Bitcoin was created in 2009 and is the first cryptocurrency. Since its inception, the value of a single Bitcoin has fluctuated dramatically. A Bitcoin was valued at 40 cents in 2010; in April 2022, it reached a peak of more than $64,000. Its current value is approximately $24,000.

While Bitcoin is the most recognizable cryptocurrency, more than 19,000 different coins and currencies have been created according to an article by CNBC.com.

What are Bitcoin ATMs?
Bitcoin Depot says it pays retailers such as gas stations and convenience stores a monthly fee to use the space. To use the machine, customers log into their existing crypto wallet or create a new crypto wallet. Then they choose one of three currencies: Bitcoin, Ethereum or Litecoin and an amount of dollars to convert. Once verified, the customer deposits dollars to buy the crypto, paying a 10-20 percent service fee in the process. The purchased crypto coins arrive in their crypto wallet within three to five minutes.

Customers can also use the company’s mobile app as a crypto wallet and the website to buy coins with a debit or credit card. Other crypto ATMs offer different currencies such as Dogecoin, Dash and EOS.

The machines are marketed towards first-time crypto investors.

“It stands out once and it’s just repetition,” said Bitcoin Depot Marketing Associate Sydney Harper. “You keep passing it and you think, ‘I wonder what it’s doing?’ It’s just a way to get people’s attention.”

But is it a credible investment?
Mississippi State University Assistant Professor and Ph.D. of Finance Brian Blank told The Dispatch that the volatility of cryptocurrency works much like stocks in a company. The added risk of crypto as opposed to traditional securities such as stocks and bonds is the fact that crypto is not backed by any centralized banking system or underlying assets.

One reason people may choose to invest despite the risk is to hedge against traditional markets. For example, if most of someone’s money is lost in the stock market, they will still have some invested in crypto.

The Dispatch delivers the most in-depth, responsible journalism straight to your inbox. Sign up here.

“If you’re in the banking industry and you’re worried that your industry might disappear, you can buy some crypto assets,” Blank said.

“Because if your bank ceases to exist, maybe these crypto assets will be worth more in the future.”

Blank invests a very small amount of his portfolio in a cryptocurrency called Ether.

When Blank’s students come to him with an interest in cryptocurrency, he recommends that they invest only what they are willing to lose.

Blank said cryptocurrencies are still largely a form of investment rather than a regular payment method for goods and services.

“They think the coin is going to gain value going forward,” Blank said. So if you think something is going to go up in value, you don’t necessarily want to trade it for a pizza or something like that.”

“I think young people are more likely to be tech savvy, more of their lives are happening online and digitally,” Blank said. “So they’re more willing to buy things that only exist digitally.”

What is crypto’s impact?
Blank sees the investment utility of cryptocurrencies such as Bitcoin and Ethereum (the network on which Ether is traded) as the biggest impact on society.

“People have assets that they use to save for something in the future,” Blank said. “Whether it’s retirement or whatever, it’s another type of investment that they can use.”

See also  How the fall of Three Arrows, or 3AC, dragged down crypto investors

What is the outlook for these crypto ATMs?
Crypto is definitely growing, but the shape it’s taken in the world probably won’t stay the same, Blank said. While he expects to find familiar currencies like Bitcoin and more technologically up-to-date ones like Ether to still be here in five to ten years, other currencies will fall off.

In fact, the total market cap of all cryptocurrencies is about $1.1 trillion, down from a high of $2.9 trillion in November 2021, according to coinmarketcap.com.

Blank also believes that while crypto-ATMs are here now, he’s not sure they’ll be used for much in the future.

“I would guess that the crypto ATMs that exist will be there for a long time,” Blank said. I don’t know if they will be used more often in the next 10 years than they have been in the last 10 years.”

There are currently 21 crypto ATMs in Lowndes County, four in Oktibbeha and six in Clay, according to the various companies that own machines in the Golden Triangle.

Quality, in-depth journalism is essential for a healthy community. The Dispatch brings you the most complete reporting and insightful commentary in the Golden Triangle, but we need your help to continue our efforts. Please consider subscribing to our site for just $2.30 per week to support local journalism and our community. 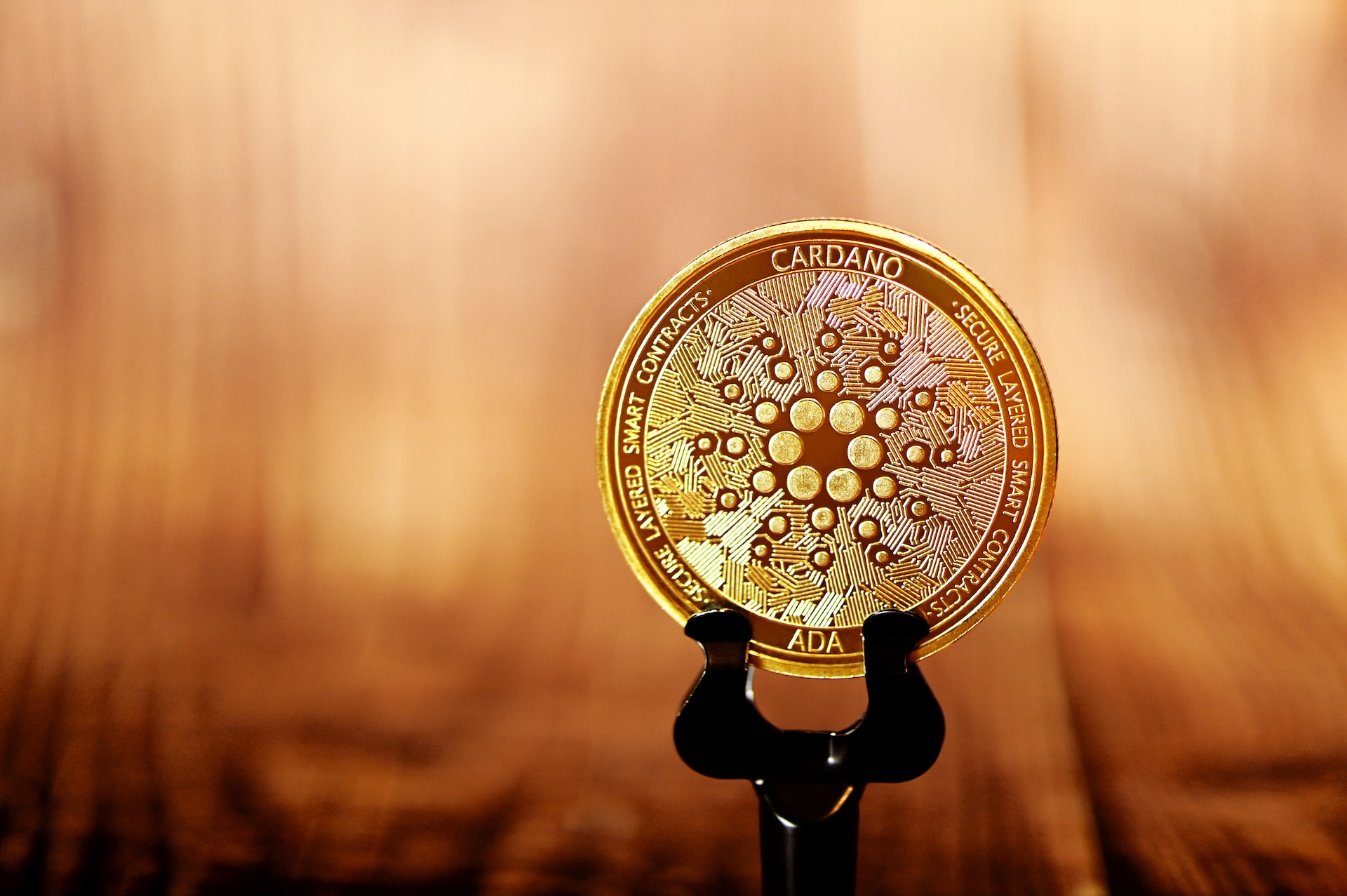 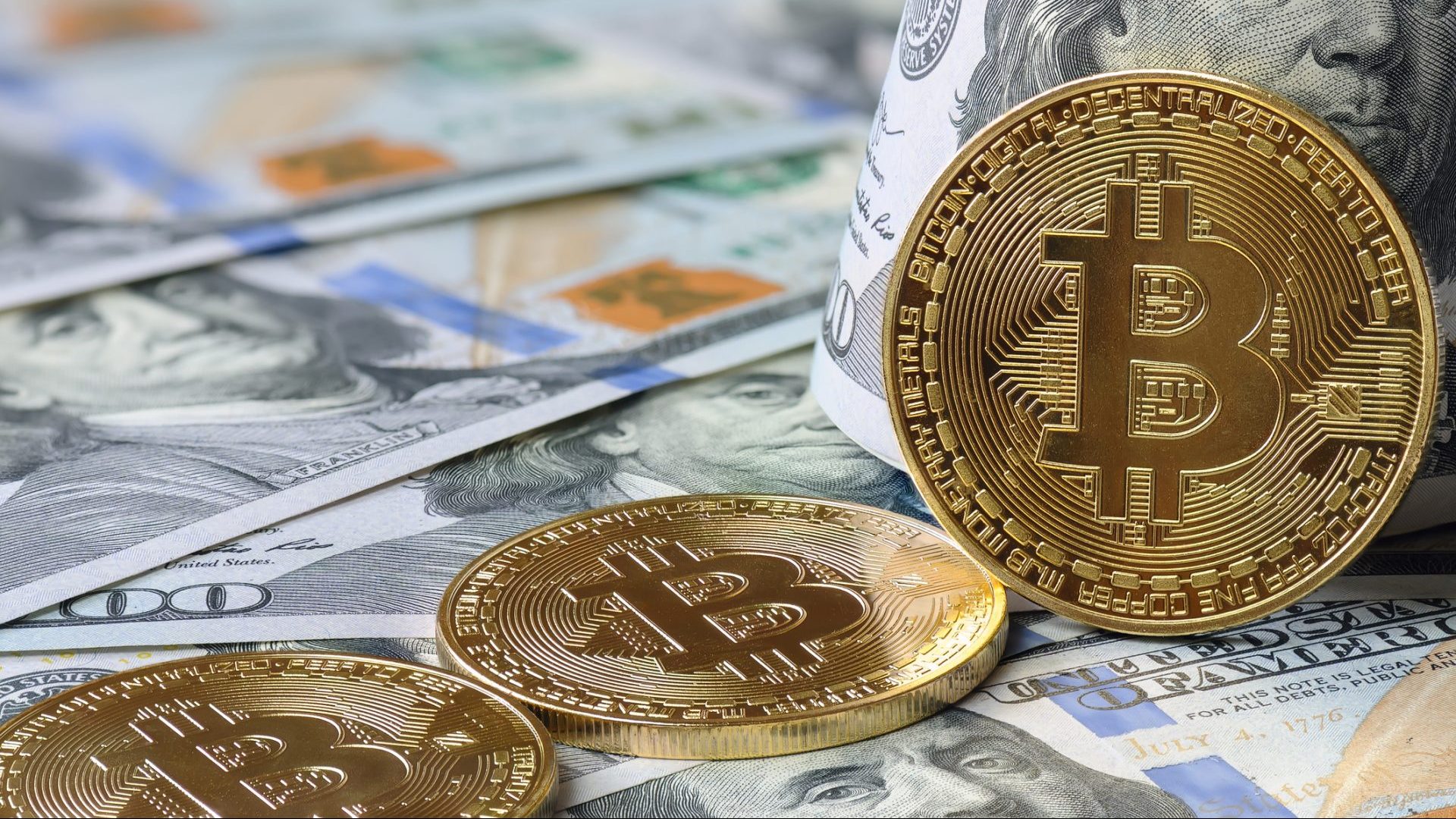 1 in 5 Americans have crypto in their retirement portfolio, but which generation is really benefiting from it? 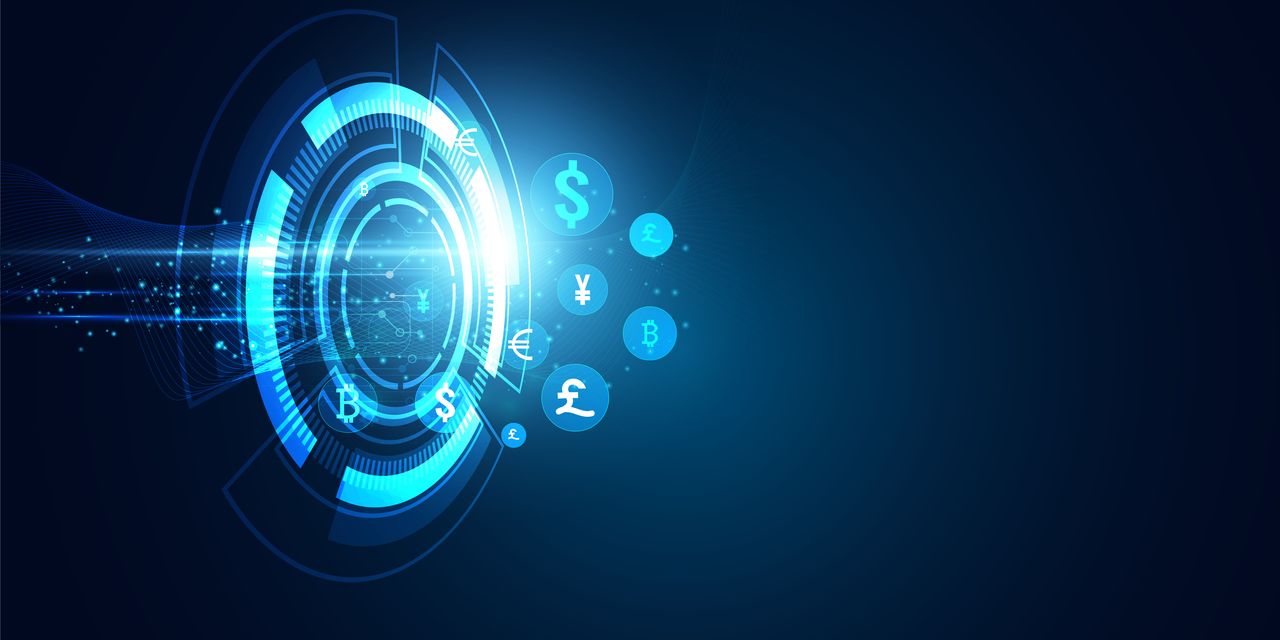 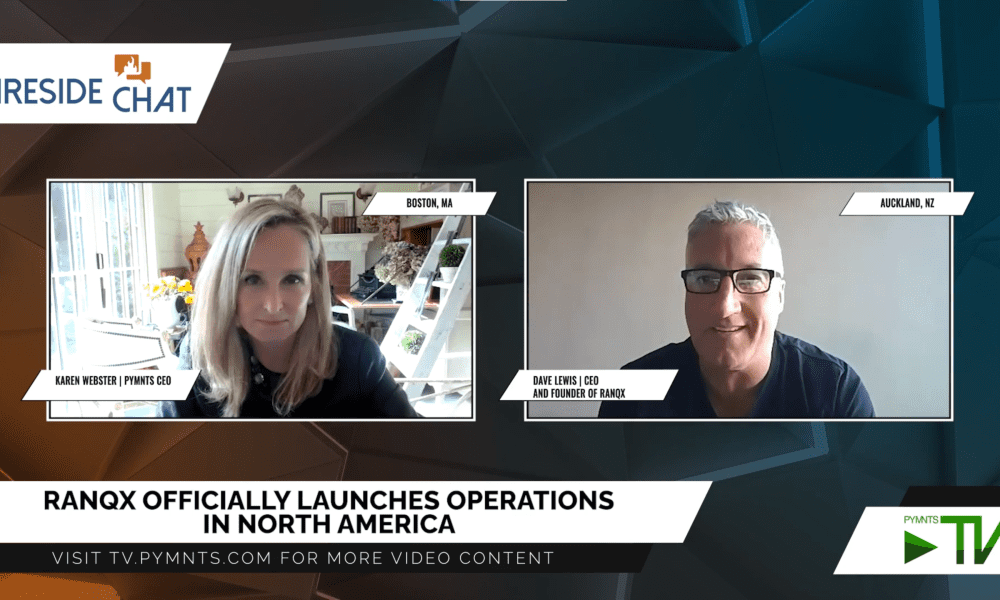 Helping SMEs get capital from New Zealand to NY