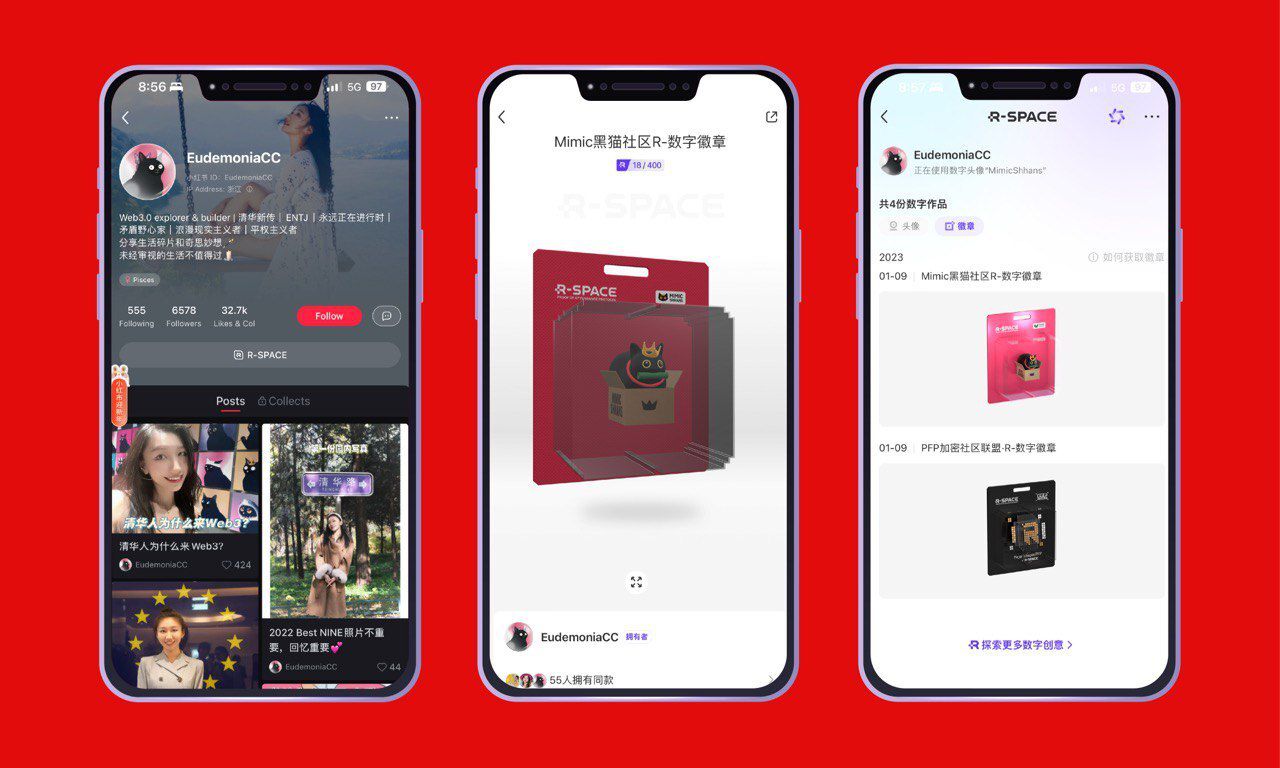 Little Red Book, (XiaohongShu), the Chinese version of Instagram integrates the Conflux Network as a permissionless blockchain that allows users to showcase NFTs minted on Conflux on their profile page in the digital collection section called ‘R-Space’.

The platform has more than 200 million active monthly users, and this integration brings NFTs one step closer to mass adoption, where people actively use Web3 technology on a daily basis in a Web2 system.

Little Red Book has previous alliances with blockchains and NFTs, but never a permissionless network.

From a regulatory perspective, having such a large company integrating a permissionless blockchain further solidifies China’s pro-NFT position and suggests that we can expect an increase in local companies considering blockchain technology integration with existing Web2 companies.

The first Conflux NFT supported by Little Red Book is from the Mimic Shhans community, which has a large Chinese community base, and owners of the original NFT can go through a predefined process to receive Conflux NFT which can be displayed on their Little Red Book profile page.

See also  blockchain: For blockchain companies, innovation rather than intervention is the need of the time

As the only regulatory public blockchain in China, Conflux provides a unique advantage for projects building and expanding into Asia. In the region, Conflux has partnered with global brands and government entities on blockchain and metaverse initiatives, including the city of Shanghai, McDonald’s China and Oreo.