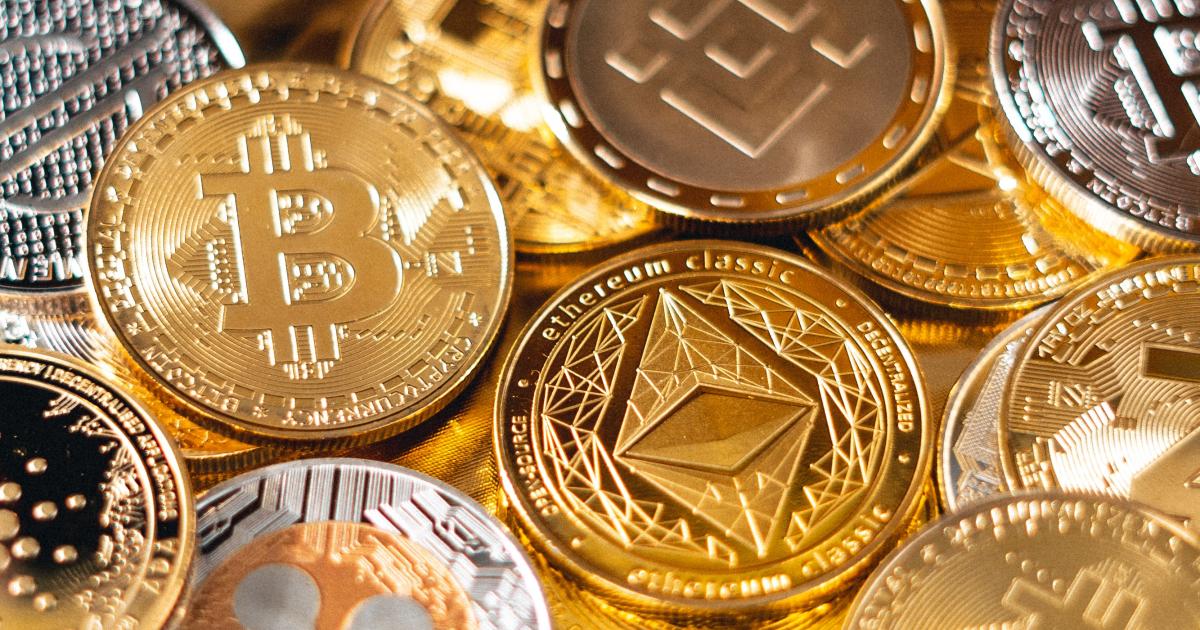 Blockchain may be central to national security in the future. In the wake of cryptocurrency, we must not overreact and over-regulate the still new and potentially revolutionary technology

Cryptocurrencies have had some bad months. As the price of Bitcoin fell below the significant psychological threshold of $ 20,000, the shares of one of the largest crypto exchanges, Coinbase, crashed by more than 81% during the first six months of 2022. A number of currencies with confusing names and dubious sellers was revealed as deficient in value. In total, more than $ 2 trillion has been wiped from the crypto market in just 6 months.

Regulators have taken note of this too late. Although few governments were as positive as El Salvador, which legalized bitcoin as a legal tender, an effort that does not seem to pay off as well as expected, most had been happy to let the good times roll. Now, as prices crash and pockets start to hurt, a decidedly more hawkish tone has emerged. On Thursday, the Treasury Department announced that the United States and its allies must work together to create common standards for regulating cryptocurrencies. The Bank of England and the Fed have both reiterated this wish.

There is no doubt that there has been significant fraud in the crypto market. However, it is crucial that the classic pattern of initial under-regulation and then zeal for regulation is not repeated. There is a real danger that the phenomenally groundbreaking and – above all – inherently useful blockchain technology is being tarred by association with the cryptocurrency fashion.

Blockchain is the underlying technology behind bitcoin, but cryptocurrency is perhaps the least impressive application of its potential. It works by storing bits of information such as “blocks” that are added to a transactional “chain”. Crucially, this information is not stored in one central location, but is distributed over a network of computer nodes for verification. The information can only be added to the chain after it has been verified by all other nodes in the network. When it is added to the chain, a detailed overview of the transaction is also stored. This feature makes blockchain incredibly secure – data stored in this way is difficult to falsify and modify while being easy to track. These features have led to the blockchain being branded as the most important invention since the internet.

See also  What is interoperability and can it be achieved in the Blockchain Space?

Smart use of blockchain can have enormous positive consequences, especially in national security. Warfare is changing rapidly with increased emphasis on both control of information and combating cyber security. On Thursday, James Bowder, the British Army’s commander of “Futures”, arrived posted how a future war in Europe will be won or lost through the ability to communicate securely. Without this, soldiers will either be seated at the ends of the enemy’s artillery or will not be able to identify the enemy’s locations themselves. This is especially relevant when one considers that the one opponent who most enjoys spreading false orders and information during war is the most likely enemy in any European conflict. During the last Russian invasion of Ukraine, and in the initial stages of the invasion, false messages were distributed claiming that President Zelensky had surrendered, with the aim of demoralizing from the very beginning the Ukrainians who fought for the country’s freedom.

Across the Atlantic, cybersecurity is rightly considered important in protecting national security resources. It is frightening how often critical defenses are subjected to cyber attacks. In 2018, the Ministry of Defense found gaping cyber vulnerabilities in 86 weapon systems under development. In 2010, the US Air Force shockingly lost contact with a silo with 50 Minuteman III ICBMs Wyoming for one hour. Without urgent improvement, it is a question of when and not whether a rogue actor will succeed in violating national cyber security. Again, this is a tactic that the current most pressing threat to the United States – Russia – has used before. Forbes has cataloged a 20-year campaign with systematically increasing cyber attacks on the United States. It’s not hard to see it coming.

In both of these key areas – information reliability and cybersecurity – blockchain has the potential to become a game changer. Blockchain information is inherently validated by all other nodes in the network – a solider who receives an order or information through blockchain knows that it can trust and respond to. Overwhelming the network is almost impossible, as has been demonstrated even through the cryptocurrency crisis, when millions of anxious investors who executed transactions could not crash the stock market. For the same reasons, blockchain technology is very difficult to hack.

Blockchain’s potential lies not only in improving our defenses against known threats, but also has enormous potential for groundbreaking offensive technology that almost seems to be out of a science fiction novel. Blockchain has become known as a possible method for controlling semi-autonomous “swarms” of armed drones, for example, where each drone acts as a node inside the chain.

The western defense community is aware of the potential. The Department of Homeland Security has funded schemes to begin exploring the opportunities offered by blockchain. But, and with all due respect to public contractors, the value that quick and less attire brings to the table should not be discounted. The strength of the private sector and its ability to innovate has always been the West’s secret weapon and allowed it to maintain a technological advantage over rivals.

This is the danger of over-regulation of the blockchain area – that overzealous regulators, spurred by growing public aversion to Bitcoin and cryptocurrencies, are starting to crack down on the blockchain just outside the walled garden of public contracts. To tie a hand behind their backs in this long period of technological competition in threatening national security would be a long-term disaster for the West. As such, smart and smart regulation is needed that gives small private companies the opportunity to innovate and take risks with the blockchain.

Sam M. Hadi is a graduate of Trisakti University in Jakarta where he studied management. He now works as a freelance columnist, foreign policy analyst for North Africa and a crypto investor based in Jakarta.

This article was submitted by an external contributor and may not represent the views and opinions of Benzinga. 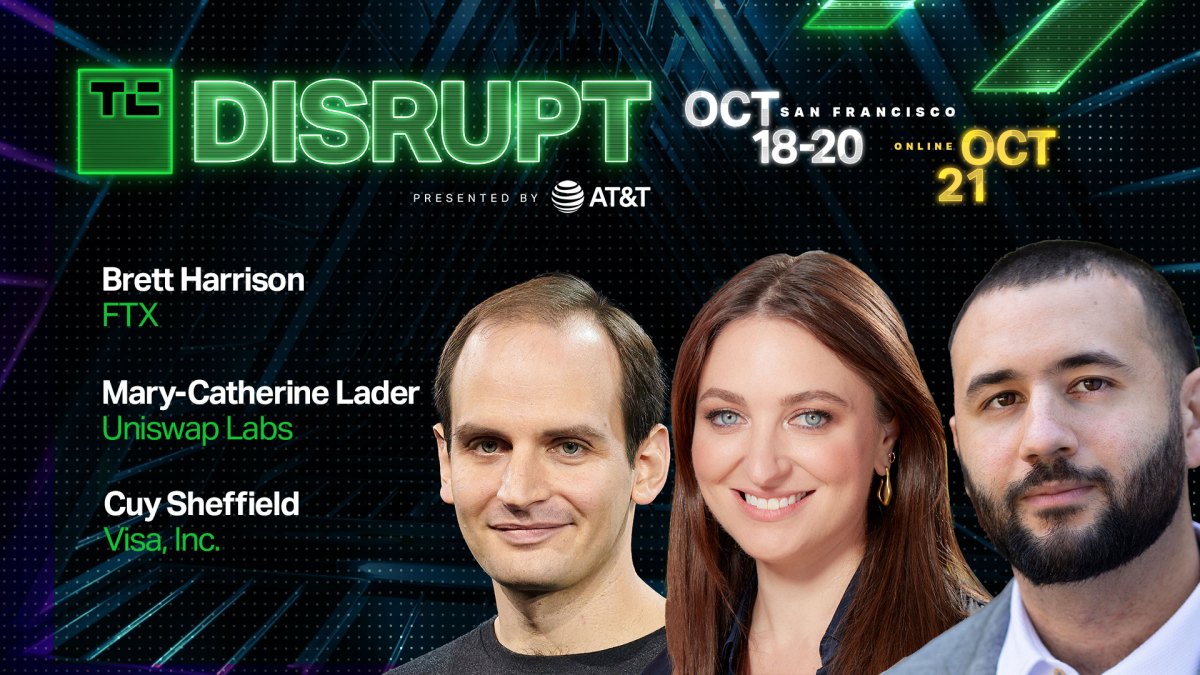 FTX, Uniswap and Visa talk about blockchain economy and opportunities at Disrupt • TechCrunch 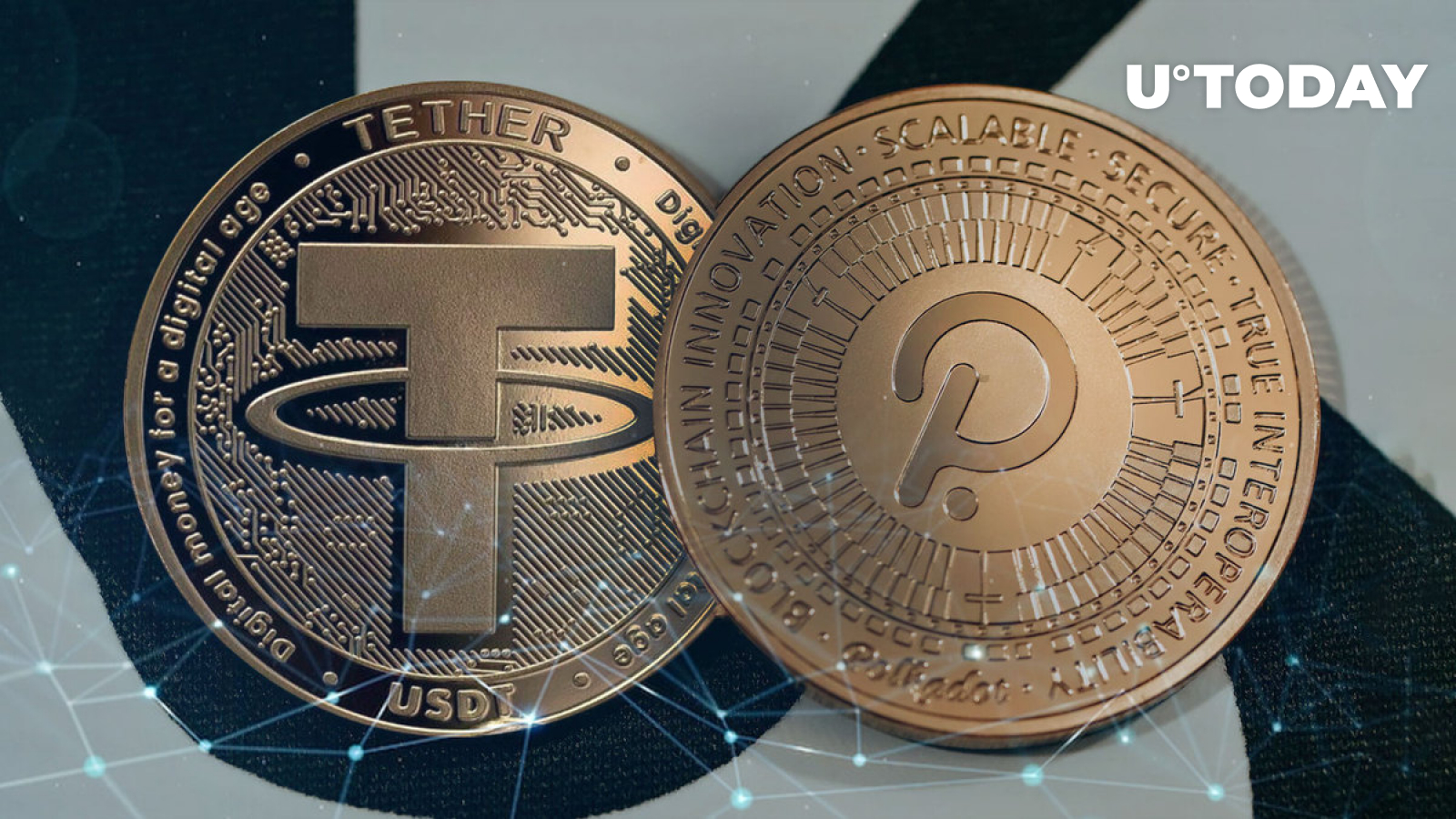 Polkadot now allows Tether (USDT) to be minted on the Blockchain