Bitcoin Will Lead Us To A More Virtuous World – Bitcoin Magazine 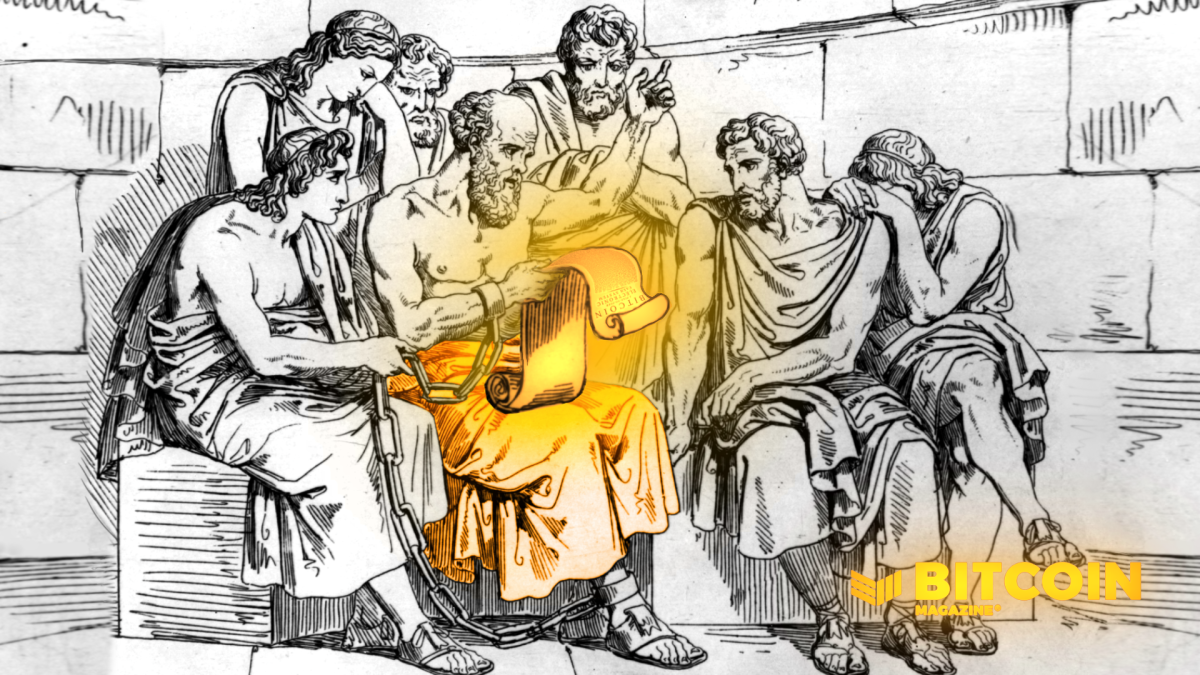 This is an opinion editorial by Phil Snyder, video director and editor and a contributor to Bitcoin Magazine.

Conventional wisdom among bitcoiners is that bitcoin will one day usurp the throne of worldwide asset supremacy — whether by force like a juggernaut, by default due to universal fiat failure or somehow in between is yet to be determined. However this happens, what does this revolution mean for Bitcoiners? Due to popular generalizations that “Bitcoin fixes this” and “Fix the money, fix the world,” many of us expect that after the transition to hyperbitcoinization wars will cease, there will be peace, and wealth will increase enormously.

The risk of putting too much stock in an over-Pollyannaian view is that it fails to take into account the innate corruption of humans. The entire race is born self-centered and only through spiritual renewal can we hope for a change in the status quo. In other words, the only way the world will truly improve is when the hearts of the people of the world change. If you assume that great wealth changes people’s hearts for the better, well, good luck with that when you lose your savings on the next shitcoin rugpull.

There is something mysteriously wonderful, powerful and unique happening with Bitcoin. There is a dynamic spiritual side to the movement. So much evil in the world’s current system is being stopped because of this resilient rules-based protocol. One of the surprising advantages of bitcoin is that anyone who wants to profit from it must follow the rules and the rules are based on natural law, as embodied in Austrian economics, which is justice, compassion and goodness in its highest sense. These are spiritual values ​​and virtues.

As incredible as it may sound to a non-Bitcoiner, the protocol actually enforces spiritual virtues! The manner in which this is achieved is indescribable in its complex multidimensional brilliance. Bitcoiners believe in the protocol because it is a truly fair system and therefore affects our lives deeply and seems to have transformational effects on people – both outwardly and inwardly. If this spiritual side effect of Bitcoin is real, like from God, then maybe there is hope for the long term future of Earthlings.

As a Christian who proactively tries to avoid the seductive idolatry that is so contagious with wealth, I am wary of and concerned about those who “worship” the gift over the giver. I see Bitcoin as sacred and agree with Jimmy Song and many others in this space that it is a gift from God to be very grateful for. As with anything considered sacred, it must be protected from the profane at all costs.

There are many examples of this, but the most famous and profound example of protection is the “Blocksize War.” Greedy and unscrupulous types sought to serve themselves by myopically attempting to discard protocol. But developers, who came forward as priests and guardians of the sacred, stood steadfastly in the way and – thank God – won. While some of these were notable OGs, it should be clear by now that they neither understood Bitcoin, nor deserved to have authority over it; they are not to be trusted. Here we are, on the run from the “trusted third party”, and some of those we thought were brothers have betrayed us.

It is precisely the trustless nature of Bitcoin that protects us as we cherish and protect it as sacred. Hopefully those who attacked Bitcoin will one day be reformed, at least to a reasonable quality of short term preference. Many people find that Bitcoin requires discipline to succeed. The practical and profitable practice of deferred gratification that comes with HODLing and the discipline of a low time preference are surprisingly transformative, especially because the mind is opened with hitherto unexplored, wise alternatives to a whole series of living hells. Unfortunately, the spirits behind the living hells often speak our language but are not really with us.

It’s like the Nazis in “Indiana Jones And The Raiders Of The Lost Ark” think they can open and perform a sacred ritual with the Ark of the Covenant, and look what happened to them! Furthermore, it is like the Grail Knight in “Indiana Jones And The Last Crusade,” which challenged Jones to “choose wisely.” The behind-the-scenes trivia is that the original script called for the knight to fight Jones over the Grail, but it was written that he would stage a challenge of wit, wisdom and virtue. Seems like an apt metaphor.

Yes, hyperbitcoinization is the outcome we seek in this revolution, but rarely is the successful revolution whose new regime is kinder, gentler, and fairer than the one it replaces. If Bitcoiners become a new world economic elite, what will stop us from being as unscrupulous as the villains we replace? The short answer: God knows. The longer answer is that we need to be conscious of taking on the mantle of service to humanity that Bitcoin mandates. We can see examples of this in society already. Without naming names, many are giving up the comforts and wealth of home to travel to developing countries to educate and empower through Bitcoin, while contributing to the development of the local infrastructure. This is the work of love: the ultimate virtue. It is a fruit of the Spirit and the most important of all Bitcoin’s results and Bitcoiners’ efforts.

This is a guest post by Phil Snyder. Opinions expressed are entirely their own and do not necessarily reflect the opinions of BTC Inc. or Bitcoin Magazine.