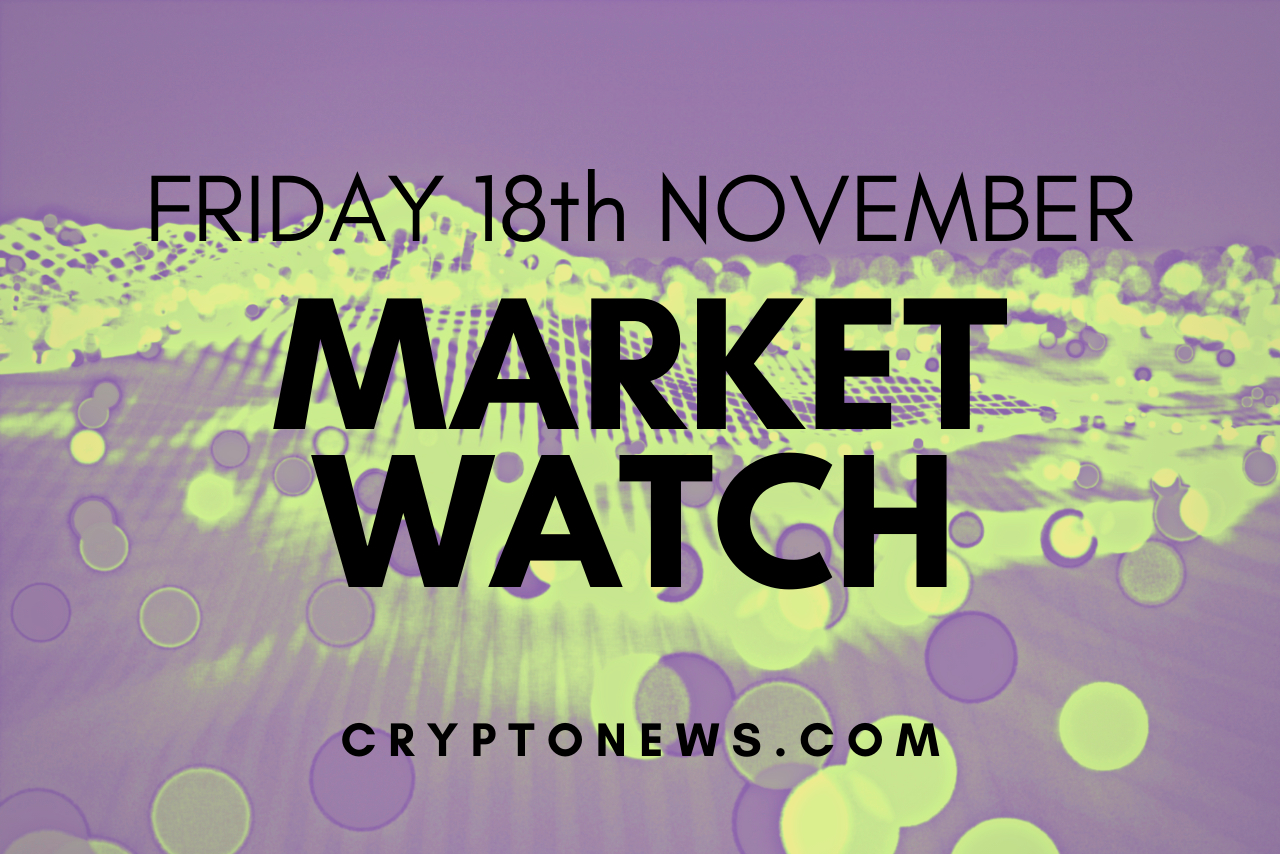 Despite the ongoing uncertainty in the cryptocurrency market, Bitcoin is largely unchanged, consolidating in a narrow trading range of $15,800 to $17,200. With a price range of $1,175 to $1,280, Ethereum, the second most valuable cryptocurrency, is also trading sideways.

Although the global crypto market cap increased by 0.16% to $836 billion the previous day, major cryptocurrencies traded in the red early on November 18.

Let’s take a look at the top 24-hour altcoin winners and losers.

Tim Draper, a well-known venture capitalist, recently told Bloomberg that the price of Bitcoin could reach $250,000 and even go beyond the incredibly bullish price target.

Although the market has fallen significantly, Draper is unwavering in his prediction.

“It will be a moment when you can buy food, clothes and shelter in Bitcoin.”

He went on to say that women account for eighty percent of all consumer spending. Draper is confident that they will succeed in popularizing Bitcoin.

The venture capitalist, who has repeatedly predicted that Bitcoin’s price could reach $250,000 by the end of 2023, was an early backer of such successful companies as Skype and Hotmail.

El Salvador, which in September 2021 became the first country in the world to recognize Bitcoin as a legal currency, has resumed its BTC purchases after suspending for several months as the market experienced a pessimistic attitude.

It wasn’t until September 2021 that El Salvador officially recognized Bitcoin as legal tender. There was a bull market for bitcoin at the time, which made it seem like the country could make money on any investment it made because the price of bitcoin kept breaking records.

However, in the second quarter of 2022, El Salvador’s early BTC purchases seemed like a dangerous gamble that resulted in heavy losses as the bear market began to take hold.

Data shows that the average price paid for El Salvador’s 2,381 BTC holdings is $43,357. Therefore, the country spent close to 103.23 million dollars to buy Bitcoin, while today’s price of one Bitcoin is 39.4 million dollars. There may not be much cause for optimism regarding the future of Bitcoin in El Salvador in light of the recent crypto winter.

But if the country can hold out for the next bull cycle, it may be able to recoup its losses with ease. The buybacks could also be good for BTC/USD as they attract new investors.

Bitcoin is settling into a broad trading range of $16,000 to $17,000, with a breakout determining future price action.

Currently, Bitcoin faces immediate resistance near the $17,250 level and a cross above this has the potential to lead BTC towards the next resistance area at $18,100.

On the downside, Bitcoin’s immediate support prevails at $16,300, and a bearish breakout of this could open up further room for selling at $15,800.

The current price of Ethereum is $1,218, with a 24-hour trading volume of $8 billion. In the last 24 hours, Ethereum has jumped over 1%. With a market capitalization of $149 billion, CoinMarketCap is currently number two. It has a circulating supply of 122,373,866 ETH coins.

A bullish retracement has occurred on the daily chart and Ethereum has regained the $1,220 mark. On the 4-hour time frame, Ethereum has formed a symmetrical triangle pattern, which signals indecision among investors and also keeps the price of ETH supported at $1,202.

Ethereum faces immediate resistance at 1,260 from the 50-day moving average. While above this, a double top pattern is likely to add resistance near $1280. If the bullish crossover above $1,280 holds, the recovery could accelerate to $1,350 or $1,400.

On the technical front, TWT has completed the 50% Fibonacci retracement at $1.85 and has bounced back to continue its uptrend.

A triple top pattern is currently blocking the path to the upside at $2.35 and a bullish breakout could take TWT to $2.65.

D2T is an Ethereum-based trading intelligence platform that provides real-time analytics and social data to traders of all skill levels, helping them make better educated decisions.

D2T started selling tokens three weeks ago and has already raised over $6.4 million. It also announced the launch of its first CEX listing on the LBank market. 1 D2T is currently worth 0.0513 USDT, but this is expected to rise to 0.0533 USD in the next sale phase and 0.0662 USD in the closing phase.