Analysis: US banks pounce on fintech deals as valuations plunge 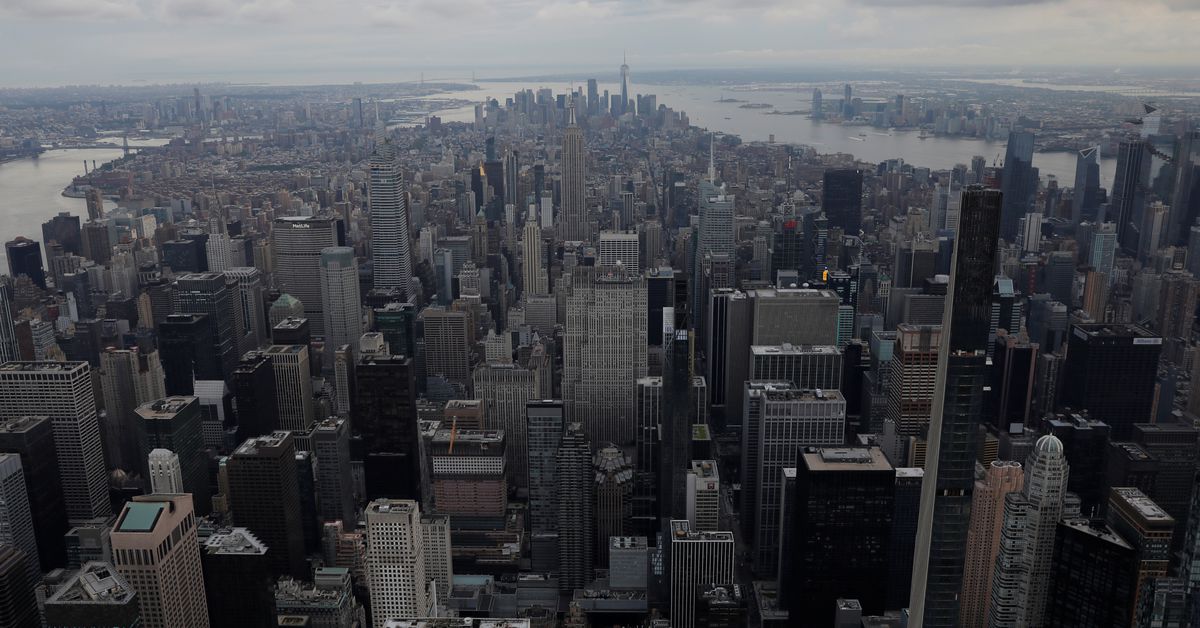 Valuations of publicly traded fintech companies have plunged 70% in 2022, analysts at Jefferies Group said in a note last week. In the same period, the valuation of the banks in the S&P 500 is down 33%, while the valuation for the S&P 500 (.SPX) is down 23%, according to data from Refinitiv IBES.

The downturn presents an opportunity for Main Street banks to buy companies and improve their technology for digital banking, online payments and other financial services and diversify beyond lending.

Huntington Bancshares Inc (HBAN.O) is one such bank. The Columbus, Ohio-based regional bank is looking for more targets after it bought Torana, a payments fintech, in May.

“We can buy more on the payments side,” Huntington CEO Steve Steinour told Reuters in an interview.

Investors have dumped fintech stocks this year along with other technology stocks, which perform better when economic growth is strong. With the US tipping towards a potential recession and interest rates rising, the outlook for fintech has eroded. The high-profile explosion of crypto exchange FTX last week has also shaken confidence.

“With valuations falling, and the IPO and SPAC markets all but dried up at the moment, there’s certainly a lot more room for acquisitions by traditional banks into fintech,” said Dan Goerlich, a partner at PwC who focuses on financial deals.

The renewed interest contrasts with previous years, when finance chiefs refused to buy up companies they saw as overvalued, he said.

This year’s losses have been steep. For example, shares of Affirm Holdings ( AFRM.O ), which offers buy-now-pay-later services, have fallen about 85% this year. Personal finance firm Dave Inc ( DAVE.O ) has plunged nearly 97%.

Startup founders may come under more pressure to make deals as it becomes more expensive to run their companies. Investors have become intensely focused on rising funding costs, Jefferies analyst John Hecht wrote in a note.

JPMorgan CEO Jamie Dimon has been warning for a decade that Silicon Valley is coming to eat the banks’ lunch. In that time, fintech has flourished as customers and businesses embraced digital financial services. Pandemic lockdowns reinforced the trend as everyone moved online. Still, the price rise stalled this year as the economic outlook darkened.

Aiming to meet the challenge, the largest US lender has bought. In September, JPMorgan agreed to buy Renovite Technologies Inc, a cloud-based payments technology company, the latest in a series of deals worth $5 billion over the past 18 months.

PNC Financial Services Inc (PNC.N) in September bought Linga, a fintech with a focus on restaurant operations and sales.

“You will see an explosion of deals” over the next year and a half, said Michael Abbott, global head of banking at Accenture.

Large lenders have many reasons for entering into agreements. The fall in fintech valuations coincides with banks making more money from traditional lending businesses as interest rates rise.

Fintech transactions may be easier to achieve compared to bank mergers, which have been delayed by scrutiny from regulators.

“Management teams and boards have redirected some of their focus to non-bank opportunities,” said Brennin Kroog, managing director of the financial institutions group at Lazard. These include digital tools for asset or treasury management and point-of-sale financing.

Fintech deals enable banks to buy new technology or products instead of developing them in-house. Acquisitions can also be defensive moves into other businesses outside of lending, such as travel services.

Not all sellers will find a buyer. Some banks have rejected buy-now-pay-later companies because of concerns about their lending portfolios and the possibility of regulation. Crypto providers were already considered unattractive due to regulatory uncertainty, even before FTX’s collapse.

Even with better conditions, it is not easy to make deals.

PNC, based in Pittsburgh, Pennsylvania, looked at more than 50 potential acquisitions this year and finally landed on one firm, CEO Bill Demchak told Reuters. But as “values ​​have come way down, our activity level could be higher,” he said.