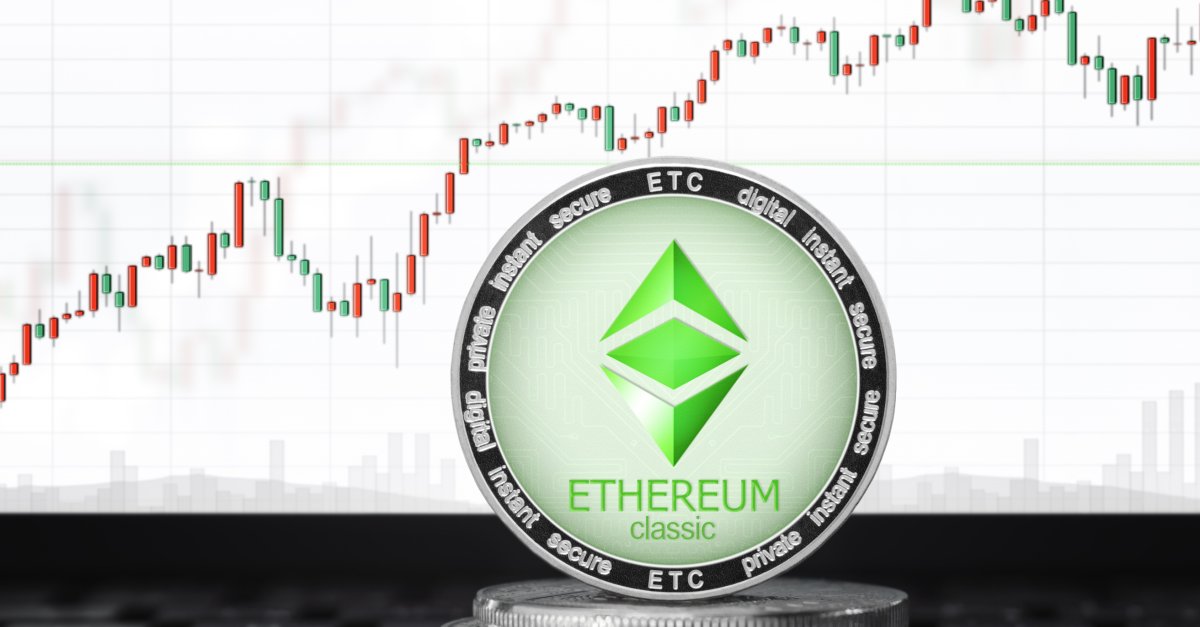 Altcoin prices ended the week on a high on Friday after a poor start.

Several top-100 coins posted big gains compared to seven days earlier, and most cryptocurrencies were up for a third straight day after starting the week with two consecutive days of decline. However, the market had more choppy trading on Friday than it had in the previous 48-hour period.

Ethereum Classic ((ETC) exploded around 60% from a week earlier. (All figures based on CoinMarketCap data.)

ETC’s gains appeared to reflect investors’ enthusiasm for Ethereum’s next hard fork, known as the merger where the blockchain will convert to a proof-of-stake (POS) crypto mining mechanism from a proof-of-work (POW) mechanism, which is extremely energy-intensive.

The merger will integrate Ethereum’s main network with the Beacon chain. The plans call for the merger to be completed in September.

ETC was Ethereum’s original coin before the blockchain’s hard fork in 2016, when ether ((ETH)

became the network’s top cryptocurrency. Ethereum Classic’s sharp rise ahead of the merger has sparked some intense debate among investors about its long-term value.

It will still be possible for crypto miners to produce and market ETC through the POW mechanism after the merger.

ETC was backed by a $10 million investment this week from AntPool, a mining pool affiliated with giant crypto miner Bitmain Technologies. (A mining pool is a group of miners who combine their computational resources to improve the probability of finding a block and mine more crypto, according to Investopedia.)

Some analysts are skeptical

But some analysts are skeptical about ETC’s future.

“This [AntPool expenditure] seems like a trade more than an investment, says Thomas Dunleavy, senior analyst at crypto analysis firm Mesari, to Bloomberg. “I don’t think Ethereum Classic has any long-term viability.”

Weiss Ratings cryptocurrency analyst Alex Benfield believes that ETC has risen, at least in part, because investors cannot separate it from ether.

“In my opinion, a lot of people confuse ETC with ETH, and a lot of the trading action stems from this kind of confusion,” Benfield told Capital.com.

What is your sentiment on BCH/USD?

Ether ended the week up more than 13%.

Some relatively unknown coins in the middle of the pack also produced large weekly gains.

Oasis ( ROSE ) was up about 51% as conventional markets closed in North America, after rising about 30% on the day. Meanwhile, bitcoin gold (BTG), quantum (QTUM) and ravencoin (RVN) also rose more than 40%

Synthetix (SNX) ended its strong week up around 33%, although the coin was down for the day. As Capital.com reported this week, Ethereum also plays a key role in the production of synthetix.

Bitcoin (BTC) ended the week just below $24,000 after regularly surpassing this mark on Friday, and ETH was above $1,700. Bloomberg reported that both coins are set to post their best monthly performances since 2021.

Investors have breathed easier after the US central bank (Fed) followed up on an expected interest rate increase of 0.75% on Wednesday. Some analysts believe that due to an economic slowdown that some analysts have called a technical recession, the Fed will ease up on rate hikes for the rest of the year, giving investors more incentive to invest in risky assets like crypto.

“Signs that the Fed may be nearing the end of its hiking cycle have lifted all risk assets, and crypto has also benefited,” Cici Lu, managing director of consultancy Venn Link Partners, told Bloomberg.

“Liquidation of leveraged positions appears to be over,” she added, and “markets may have bottomed out.”